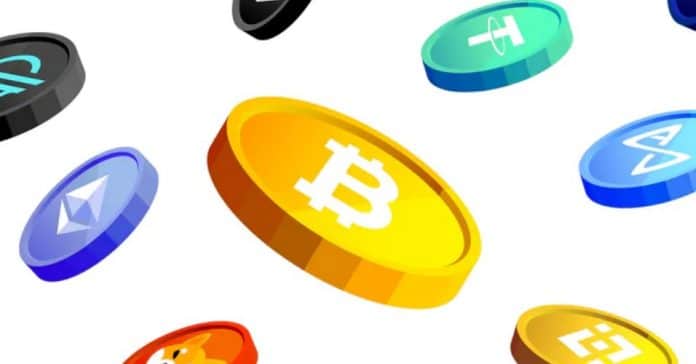 Cryptocurrencies like bitcoin were meant to be used as digital cash. Instead, they’ve become popular as speculative investments. As well as being resource-intensive and inherently wasteful, cryptocurrencies are also incredibly volatile. Prices for the largest cryptocurrencies, bitcoin and ethereum, have both dropped by over 55% in six months, leading some to suggest that regulation is needed to contain the turmoil.

Some are blaming sliding prices on one specific contagion, a collapsing “stablecoin” called TerraUSD which is supposed to be pegged to the US dollar. But the current cryptocurrency market crash is more likely a combination of lots of factors.

For years, interest rates have been close to zero, making bank bonds and treasury bills look boring as investments, while cryptocurrencies and digital non-fungible tokens (or NFTs) linked to artwork, look appealing. However, the US Federal Reserve and the Bank of England recently increased interest rates by the largest amount since 2000.

Continuing COVID controls and Russia’s invasion of Ukraine have also sobered up the markets. Bitcoin was designed to be indifferent towards governments and banks, but investors generally aren’t. They’re cutting sources of risk from their portfolios and dumping crypto.

Proof-of-work mining can be thought of as a controlled way of wasting energy. The process involves specialist computers repeatedly taking random shots at guessing a long string of digits. The amount of computing power dedicated to this effort is referred to as the network’s hash rate.

If the hash rate drops for any reason, because of power cuts or price dips, for example, the difficulty of the guessing game is automatically adjusted to ensure the network can find a new winner every ten minutes. Each winner then gets a go at verifying transactions occurring on the network and is awarded 6.25 newly minted bitcoins. 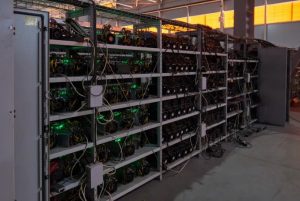 Whether the guessing game is profitable or not depends on how much the mining outfit has paid to set up their computers and for the energy to run them. Recent research indicates that when China cracked down on bitcoin mining in August 2021, bitcoin’s carbon intensity increased by around 17%, with only 25% of bitcoin miners using renewable energy and over 60% relying on coal and natural gas. The higher the cryptocurrency price, the more cash mining outfits are prepared to waste on this electricity, until the costs of winning outweigh the rewards.

With the bitcoin price falling, the financial incentive to waste energy for mining bitcoin should be lower. In theory, that’s good for the climate. But, surprisingly, the network’s hash rate (and carbon footprint) remains very close to its all-time high, averaging around 200 quintillion hashes per second. The scale of this continued interest means bitcoin mining at current prices is probably still profitable. But for how long?

Bitcoin’s value has temporarily dropped below the estimated cost of production several times before without significant long-term damage to the hash rate. But should the market stagnate for long enough, proof-of-work cryptocurrencies will start to see an increasing number of miners capitulate.

Miners with the highest costs are likely to sell off their bitcoin holdings as profitability drops, creating even more selling pressure in the market. Short-term capitulation among smaller mining outfits with high costs (often using intermittent renewable energy) is normal.

But a domino effect with major mining firms closing down one after another could cause crypto prices, and the network’s carbon emissions, to drop rapidly towards zero. This event is called a bitcoin death spiral in crypto-speak.

Besides bitcoin mining price predicaments, there are other potential tipping points to consider. Many big investors, especially those who bought in at higher prices, are currently underwater – weighed down with big bags of bitcoin.

El Salvador’s president, Nayib Bukele, has reportedly just brought his country’s total reserve of bitcoin up to around 2,300, or about US$72 million at current prices. His country’s crypto losses are adding to fears of an imminent debt default that would cause significant pain to those who had no say in their leader’s gamble. 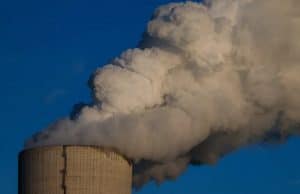 The damage caused by bitcoin mining disproportionately affects poor and vulnerable communities, as mining outfits and crypto developers take advantage of economic instability, weak regulations and access to cheap energy. Locals wanting to use these resources for productive purposes can be priced out by bitcoin miners. These communities also tend to face the sharp end of the climate crisis, which crypto mining fuels.

Governments worldwide want to appear keen on cryptocurrencies as tools for economic growth. But the crash shows that bitcoin is both useless as a mainstream means of exchange and as a reliable store of value, bringing most users far more pain than profit.

In the aftermath of the 2008-10 global financial crisis, governments promised a crackdown on toxic financial instruments with make-believe valuations. For the global climate and a stable economy, cracking down now on crypto will be a boon for everyone. But if environmental regulation efforts are not globally coordinated or far-reaching enough, crypto’s climate contagion will continue to grow.

This article was originally published in The Conversation on 17 May 2022. It can be accessed here: https://theconversation.com/cryptocurrency-price-collapse-offers-hope-for-slowing-climate-change-heres-how-183143