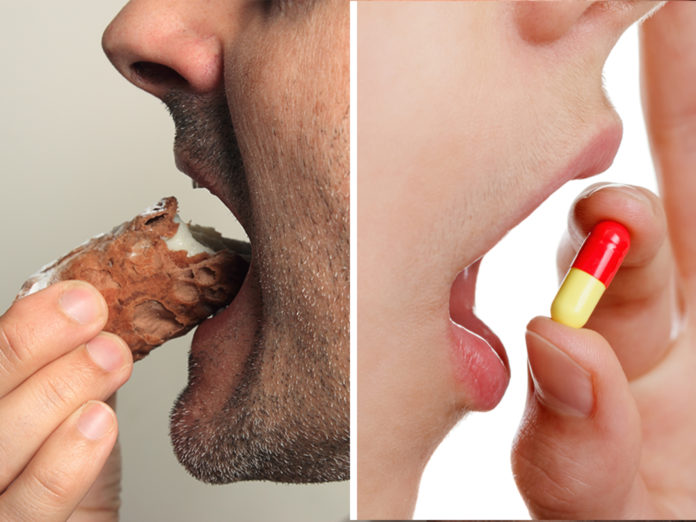 In this article, Peter Koenig connects the dots and sheds light on how food, drugs, and bombs all play together in the grand plan of the masters of the western world. Read on as the author calls out, “Be aware and stop falling into the trap.”

“ “What the Health” – is the groundbreaking follow-up film from the creators of the award-winning documentary Cowspiracy. The film follows intrepid filmmaker Kip Andersen as he uncovers the secret to preventing and even reversing chronic diseases – and investigates why the nation’s leading health organisations don’t want us to know about it. With heart disease and cancer, the leading causes of death in America, and diabetes at an all-time high, the film reveals possibly the largest health cover-up of our time.”

This is the introduction to the trailer of one of two new documentary, “What the Health”, and “Food Matters”, purportedly showing how the food and pharma industries are conspiring to keep us lingering along sick and unhappy, drug and pharma addicts, consuming more and more unhealthy food saturated with sugar and fat, to lead to increasing pharma- and drug consumption – a spiral ending at the graveyard.

What do these food-war documentaries have in common with the holocaust-type wars and destruction in Iraq and Syria; the devastation of Libya, Afghanistan, Ukraine, the chaos in Sudan, Somalia, all of Central Africa, the destabilisation and attempted destabilisation of Pakistan, Venezuela, Iran, Ecuador, Bolivia, all of Central America, the Philippines and countless other countries that could make up an entire United Nations by themselves?

Russia and China, are of course, also in the crosshairs of the evil empire. To achieve Full Spectrum Dominance as per the neocons bible, the PNAC (Plan for a New American Century), all opposition to the New World Order has to be tamed, come hell or high water – or even a nuclear holocaust.

These wars have everything in common. Everything. They go all hand-in-hand. They want humanity subjugated, suffering from diabetes, cancer and heart diseases, and dying at an increasing pace to have a real impact on population reduction.

Are we blind? Why are we still jumping up and down in front of our TV, in our comfortable armchairs, watching the evening news – watching how countries are destroyed – in far-away places, gobbling up the lies of the commentators – cursing about Venezuela, Russia, Iran and even China, because that’s what the news commentators teaches us to do – why?

They want humanity subjugated, suffering from diabetes, cancer and heart diseases, and dying at an increasing pace to have a real impact on population reduction.

Well, this killing is not for us, we are safe, we are protected by our democratic governments military and police, they take good care of us – so we keep swallowing heaps of fat-dripping cheeseburgers, French fries, ice creams, and mega-litres of sugar-loaded sodas.

The food war like the pharmaceutical war fit perfectly the pattern of the Dark State that masterminds Washington. They are joining the war of bombs, canons and guns. These wars show clearly that there are deeper and darker forces at play than we realise. The world population needs to be reduced drastically that the elite can live happily with the limited resources our planet will leave behind. Kissinger and the Rockefeller sponsored Bilderbergers have been advocating this for a long time. We pay no attention. They eat well. Look how old they become? That’s not by accident. Not only that, a smaller population is easier managed, enslaved than a large one.

Remember Kissinger’s infamous saying in the early seventies: “Who controls food, controls the people, who controls energy controls entire continents, and who controls money controls the world.” Kissinger is just a spokesman for the Deep Dark State. A patsy. A convinced patsy and a well remunerated patsy. He has conveniently stayed in the background for decades, since Laos, Vietnam and Chile. But, lately he is coming to the fore again. As a chief Zionist, he is a welcome advisor for the neocons, especially as they are strategising for their last blow.