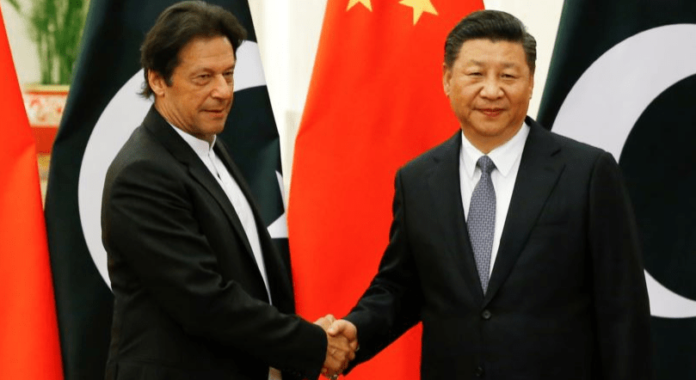 Ever since Imran Khan became the 22nd Prime Minister of Pakistan in August 2018, the winds have changed. While his predecessors, though generally leaning eastwards, have often wavered between the US and the China orbit, Khan is in the process of clearly defining his alliances with the east, in particular China. This is for the good of his country, for the good of the Middle East, and eventually for the good of the world.

A few days ago, RT reported that China, in addition to the expansion of the new port in Gwadar, Balochistan, has entered agreements with Pakistan to build a military / air base in Pakistan, a new Chinese city for some half a million people, as well as several road and railway improvement projects, including a highway connecting the cities of Karachi and Lahore, reconstruction of the Karakoram Highway, linking Hasan Abdal to the Chinese border, as well as upgrading the Karachi-Peshwar main railway to be completed by the end of 2019, for trains to travel up to 160km / hour.

This rehabilitation of dilapidated Pakistani transportation infrastructure is not only expected to contribute between 2% and 3% of Pakistan’s future GDP, but it offers also another outlet for Iranian gas / hydrocarbons, other than through the Strait of Hurmuz – for example, by rail to the new port of Gwadar which, by the way, is also a new Chinese naval base. From Gwadar Iranian hydrocarbon cargos can be shipped everywhere, including to China, Africa and India. With the new China-built transportation infrastructure Iranian gas can also be shipped overland to China.

In fact, these infrastructure developments, plus several electric power production projects, still mostly fed by fossil fuel, to resolve Pakistani’s chronic energy shortage, are part of the Chinese Belt and Road Initiative (BRI), also, called the New Silk Road. They are a central part of the new so-called China-Pakistan Economic Corridor (CPEC) which was first designed in 2015 during a visit by China’s President Xi Jinping, when some 51 Memorandums of Understanding (MoU) worth then some US$ 46 billion were signed. Pakistan is definitely out of the US orbit.

Peter Koenig is an economist and geopolitical analyst. He is also a water resources and environmental specialist. He worked for over 30 years with the World Bank and the World Health Organization around the world in the fields of environment and water. He lectures at universities in the US, Europe and South America. He writes regularly for Global Research; ICH; RT; Sputnik; PressTV; The 21st Century; TeleSUR; The Saker Blog, the New Eastern Outlook (NEO); and other internet sites. He is the author of Implosion – An Economic Thriller about War, Environmental Destruction and Corporate Greed – fiction based on facts and on 30 years of World Bank experience around the globe. He is also a co-author of The World Order and Revolution! – Essays from the Resistance.