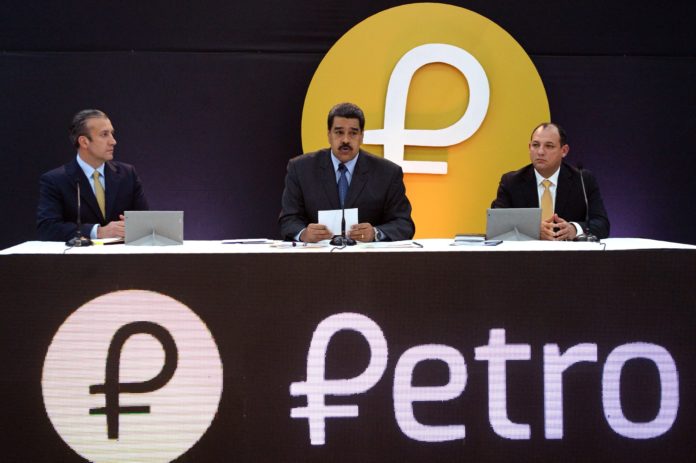 As this article goes to print, Globovision TV quotes Venezuelan President Nicolas Maduro announcing the launch of a new cryptocurrency, the “Petro Oro”. It will be backed by precious metals. The launch of the new cryptomoney is scheduled for the next week. No details of quantities offered for sale are available at this point.

“I do not want to rush things, but we have a surprise regarding the petro and the gold, which will have the same dimension as it has been related to oil, but it is the theme of next week,” the President says. The first public offering, the ‘Pre-sale’ of 38.4 million of the oil-backed “Petro” on 20 February, has raised US$ 735 million equivalent which is considered a great success.

Imagine an international currency backed by energy? By a raw material that the entire world needs, not gold – which has hardly any productive use, but whose value is mostly speculative – not hot air like the US dollar. Not fiat money like the US-dollar and the Euro largely made by private banks without any economic substance whatsoever, and which are coercive. But a currency based on the very source for economic output – energy.

In a first batch Venezuela released 100 million Petros, backed by 5.342 billion barrels of crude from the Ayacucho oil fields of Orinoco; a mere 5% of total proven Venezuelan reserves. Of the 100 million, 82.4% will be offered to the market in two stages, an initial private Pre-Sale of 38.4% of so-called non-minable ‘tokens’, followed by a public offering of 44% of the cryptomoney. The remaining 17.6 million are reserved for the government, i.e. the Venezuelan Authority for Cryptomoney and Related Activities, SUPCACVEN.

Peter Koenig is an economist and geopolitical analyst. He is also a former World Bank staff and worked extensively around the world in the fields of environment and water resources. He lectures at universities in the US, Europe and South America. He writes regularly for Global Research; ICH; RT; Sputnik; PressTV; The 21st Century; TeleSUR; The Vineyard of The Saker Blog; and other internet sites. He is the author of Implosion – An Economic Thriller about War, Environmental Destruction and Corporate Greed – fiction based on facts and on 30 years of World Bank experience around the globe. He is also a co-author of The World Order and Revolution! – Essays from the Resistance.

Helsinki – Trump and Putin – a Showdown for Summer Doldrums...

The Paradoxical Rivalry of US and China for Industrial Innovation

China’s Growing Appetite for Fish and Fishing Disputes in the South...