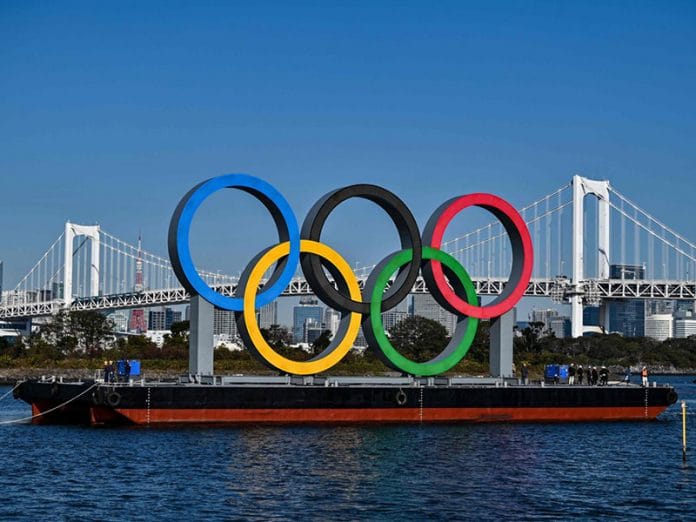 As the Beijing 2022 Winter Olympics are only one quarter away, China is preparing for extraordinary games in the most challenging time.

In 2015, when the International Olympic Committee (IOC) awarded the 2022 Winter Games to Beijing, the world looked very different.

Today, expectations are framed by Japan’s 2020 Summer Olympics that was postponed until July-August 2021. Although the Olympic Games have been cancelled earlier — during the two world wars — it was the first time for the Games to be deferred in the Olympics history. And even then, the games were held largely behind closed doors, due to the Covid-19 emergency in Greater Tokyo.

Olympics in the time of global pandemic

Unlike the Tokyo Summer Games, the Winter Olympics will take place after China’s successful pandemic containment in early 2020, the subsequent rebound and positive economic growth.

Outside China, ineffective containment and vaccine inequality have severely prolonged the human costs and economic malaise associated with the pandemic. The risks are reflected by the recent resurgence of COVID-19 and the highly transmissible Delta variant, which has hit 14 provinces in China.

Nonetheless, in these conditions, Chinese determination to hold the Winter Olympics represents light in the long and dark pandemic tunnel.

Mirroring the Tokyo Summer Olympics protocol, the IOC deemed that only China’s residents will be permitted to attend the Games as spectators. So, broadcasters, particularly China Central Television (CCTV) domestically, Eurosport in Europe and NBCUniversal in the U.S., will play a critical role in sustaining the Olympic dream around the world.

As costs have soared and environmental effects increased, the pride of hosting Olympic events have lost some of their luster around the world in recent years.

In 2008, the Beijing Summer Olympics required shutdowns against pollution. In 2022, as the Olympics torch relay will visit the three clusters of Beijing, Yanqing and Zhangjiakou, the Winter Olympics seeks to portray a greener China, with an estimated budget of $3.9 billion.

Reusing many of the venues built for 2008, the Olympics aspires to integrate the games with sustainable development plans for the wider region, focusing on clean energy, green technology, ecological improvement, and air quality.

In February 2021, Beijing announced that the 26 venues for the Winter Olympics would be running on entirely renewable energy. Geared towards the integration of smart grid planning into the Olympics, these efforts will likely facilitate the development of new smart grid technologies and renewable energy production in the three Winter Games clusters.

In the 2018 Pyeongchang Winter Olympics, Chinese athletes competed in only half of the 102 events. So, qualifying for all of the 109 events of the 2022 Winter Games became the first goal of Chinese athletes, and by 2019, China had some 3,300 athletes training in the national team — 11 times more than the last time.

Before the 2022 Olympics, China also signed agreements with several leading European winter sports countries to host and train Chinese athletes, while recruiting foreign coaches for sports in which China’s performance had been weaker.

Since the mid-2010s, several major initiatives have also been launched to promote these objectives, particularly the Ice and Snow Sports Development Program (2016-25) and associated infrastructure investment. It was supported by several programs to boost China’s nascent winter sports industry, including the national fitness plan (2016-20), and the programs for ice and snow facilities (2016-22), and the ice and snow tourism (2021-23).

The targets for 2025 remain ambitious: To increase Chinese participants to 300 million in winter sports, while raising the value of the industry to some $155 billion.

As in the 2008 Summer Olympics, the opening ceremony of the 2022 Winter Olympics will be held at the Beijing National Stadium, the world-famous Bird’s Nest. In these times of the global pandemic and unwarranted divides, the Chinese Olympic motto Together for a shared future should be taken seriously.

As a young man, my father was a weight-lifter training for the 1940 Olympics until the world lost its way and he spent five years of his life in the war front. I was luckier. As a sprinter, one of the teen-age highlights of my athletic career was swimming next to Mark Spitz who later won a record seven gold medals in the 1972 Munich Olympics.

Many of my friends chose winter sports. While only a few made it to Olympics, all of us have never forgotten those experiences that made us stronger, healthier and hopefully better as human beings. Taken in a right way, sports prepares youths for life, through competition and cooperation. Boycotts divide, friendships unite.

From the evening of February 4 to February 20, 2022, the world’s eyes will be on Beijing, Yanqing and Zhangjiakou. The Olympic dream of competing to transcend one’s own potential, yet with a spirit of friendship and solidarity must be kept alive.

A version of the commentary was published by China Daily on Oct. 30, 2021

Dan Steinbock is research director of international business at the India China and America Institute (US) and a visiting fellow at the Shanghai Institutes for International Studies (China) and the EU Centre (Singapore). See http://www.differencegroup.net/