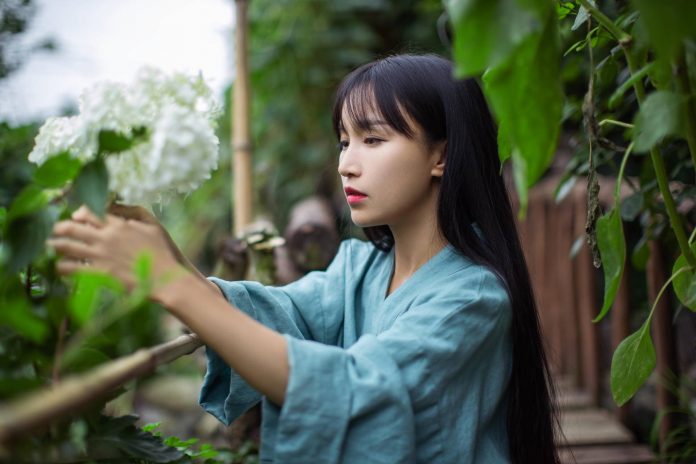 Tiktok has become one of the most popular social media sites in recent years, but it requires a certain number of followers and viewers to become a verified account and be branded as an influencer. Some of the influencers’ content in Tiktok is about dancing, singing, or simply showing some of their talents regardless of how unique it is. It doesn’t matter if it’s funny, educational, or informative  – as long as you market yourself well, anyone can become a TikTok influencer.

One of TikTok’s unusual influencers is Li Ziqi, a female farmer who is 29 years old and lives in Zichuan Province, China. She began making videos on TikTok in 2016 and became a social media sensation almost instantly. Her previous films were mainly created by her, but now she has a small group of filmmakers creating content for her. Now, she entered other social media like YouTube, Instagram where she has more than a million followers each.

Videos on her YouTube account are quite enchanting. It is very soothing as if it is like a dream and very aesthetically pleasing. With a count of 16.2 million subscribers and 274 videos, she was able to produce and continue making videos like her recent video. It was uploaded 3 months ago, and it has 12,534,535 views.

Her latest post was uploaded on October 21, 2021, and it is about her day in the life during the month of October.

Her TikTok content is mainly about her performing farm chores while looking like a fairy. It appears to be the reality vs. fairytale. She is known for using traditional Chinese techniques in creating food and handicrafts using simple materials and equipment. Through her TikTok videos, she shares her living experiences in Sichuan and how simple it is to live there.

Her recent video was a series of DIYs making clothes with a caption saying, “Squash the leaves in a tank of liquid drain to extract the dye, hand print the cloth and make into clothes!”. Li Ziqi appears to be a simple woman, yet she is incredibly inventive and insightful in her own way. She expresses herself in a variety of ways.

Some of her posts on TikTok were just plainly cooking to a certain recipe like for example, Potatoes, she will make videos with different dishes with potatoes. She made a video about hot and sour potato noodles, pork ribs with potatoes, mashed potatoes, and potato chips.

Her followers perceive her as a “Wonder Woman” since she can accomplish things that common people cannot. Through her videos, she shares the life of a traditional Chinese person living during the Han and Tang Dynasty. She also makes it possible to make people feel like they are living in the countryside through her videos.

Even though Li Ziqi did not have a happy experience during her childhood unlike most of the children, her videos are very calm in nature. The pleasant sound and cozy vibe of the video attract viewers because it is very relaxing to watch. Her life as a kid was the opposite of a fairytale. Her parents got divorced and her father died at an early ageShe used to live with her grandparents as a result.But through all the experiences she has been through, she gained a lot of knowledge from it, especially from her grandparents. She resembles the ideal sort of girl that everyone aspires to be. She is a gorgeous, compassionate, artistic, and intellectual woman.

A day in the life of an influencer whether Chinese or not, like Li Ziqi,  is a life full of colors. By colors, meaning rainbow colors. Because Li Ziqi enjoys creating and crafting, she can explore and see the beauty in life after all she has been through. Because, as seen by her content and videos, she enjoys her simple life together with the mountains at Zichuan.