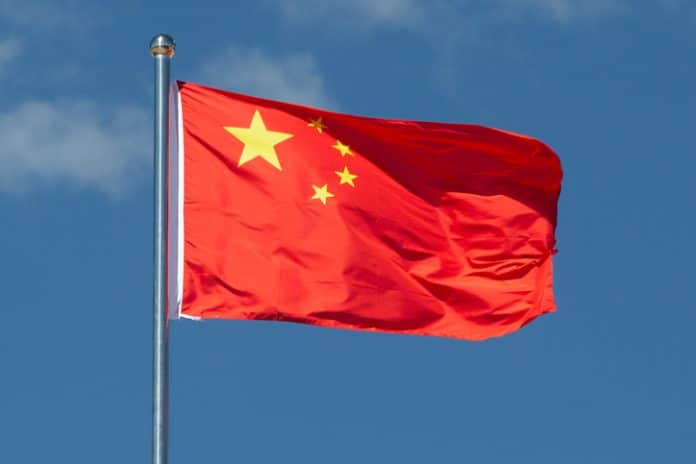 Recently, a few American scholars have blindly forecast, “The End of China’s Rise”, “China Is A Declining Power.” When Chinese scholars hear this, many smile wide, suppressing chuckles. To them, these erroneous end of China slogans only reveal knee-jerk jealousy, and nothing more.

After all, these blowhard oracles are only displaying their raw ignorance. They are not worth refuting. This is why Chinese scholars have not spent a nickel’s worth of free advice to disabuse Michael Beckley and Hal Brands, who published long articles on these topics in Foreign Affairs and Foreign Policy. Over the past 20 years, there have been a slew of distorted remarks concocted about China by American scholars, such as Gordon G. Chang and David Shambaugh in The Coming Collapse of China. Each time, they were vigorously countered by Chinese scholars. This time, the Chinese intellectual community is obviously remaining calm and confident.

However, I don’t want American intellectuals to entertain these highly deceptive viewpoints. They should be brighter and far more sophisticated than this. Especially if they are to postulate points for policymakers, businesses and the American public to negotiate properly with China. Predicting China’s decline carries similar risks as predicting its collapse. Both deviate from China’s common sense with strategic misjudgments. Any theoretical analysis should not go against common sense. China’s rise is irreversible. China’s rise is not unhelpful to American interests. Nor is it frightening. Instead, either ignoring or demonizing the rise of China is extremely worrying. It misses the ball entirely—and China is all about playing ball.

The inertia of China’s development over the past four decades of reform and opening-up has made it less difficult to predict the country’s future development trends. Many strategists who know how to invest in China usually look sinecure development tracks in the Five-Year Plans, Party Congress Reports, and government work reports. Even those who doubt the Communist Party document cannot avoid the following three basic facts that underpin China’s continued rise.

The first basic fact is this: all Chinese people seek a better life. This is the driving force behind China’s sustained rise. Compared with Mao’s time, Chinese people are no longer willing to endure poverty for revolutionary ideals. Pursuing better material benefits and spiritual enjoyment has become the biggest national dream of China since Deng’s era in 1978.Italso presently carries the broadest national consensus. On his first day in office in 2012, Xi Jinping declared that the people’s desire for a better life is the goal of the Communist Party of China (CPC).

China is now firmly the world’s second-largest economy, compared with 1978 when it was one of the poorest countries in the world. This growth is tangible everywhere across the country. For example, China’s urban housing per capita is only 39 square meters, but this is five times that of the 8.1 square meters in 1978. This is still less than two-thirds that of Americans (about 65 square meters). Also, the average Chinese owns just 0.21 cars per person, a fifth as many as Americans. China’s urbanization rate is only 57 percent, compared with 82 percent in the US. The average annual consumption of consumer goods in China is about $4,600, only a quarter of that in the United States.

Other statistics are more illuminating. As of 2020, China had about 600 airports, while the United States had more than 13,500. In China, there are still 1 billion citizens who have never flown in the sky. And 200 million Chinese still don’t have western toilets in their homes, using basic squat toilets instead. Only 4 percent of Chinese have a college education, compared with about 25 percent in the United States.

However, in the first 20years of the 21st century, China created 200 million new middle class citizens. The world today witnesses with wide-eyes China’s prosperity through the high-rise buildings of Shenzhen and Shanghai, particularly Pudong district. But it should not be forgotten that Shenzhen and Pudong were poor places 20years ago. In fact, many parts of China today are just like Shenzhen and Pudong 20-years ago. They will change too, soaring to the clouds. Common sense tells us that as long as diligent Chinese people want to eat better, live better, and dress better, this will ensure that their personal dreams are gradually realized. The translation? China will have another 200 million middle class residents by 2035. The volume of the world’s second-largest economy cannot be the upper limit of China’s development.

Certain Western naysayers need to think hard about this. Some will question whether China can introduce policies to sustain this effervescent growth. This is the second basic fact that Americans struggle to grasp: the continuity of Chinese policy. The policy of reform and opening up established during Deng Xiaoping’s reign continued well under Jiang Zemin and Hu Jintao, and thrives today under Xi Jinping. The difference is that some adjustments have been made based on realistic challenges as times changed dramatically. For example, the one-child policy was adhered to for more than 30 years. With the emergence of an aging population, the policy has been changed to a two-child and three-child policy under Xi Jinping. On the basis of lifting 800 million people out of absolute poverty, China is nurturing rural revitalization plans. After establishing policies that put science and technology as the primary productive forces, China is carrying out policies for independent power in science and technology. This is successfully being implemented despite facing the technological blockades from the United States.

In the wake of the real estate bubble, China has implemented the policy of “no speculation in housing”. It has also instituted a pilot property tax to ensure that prices remain stable over a period of five years. Moreover, China became the world’s largest recipient of foreign capital for the first time in 2020. It did so by gradually advancing financial opening-up measures while ensuring financial stability.

These reforms and gradual opening-up measures were skillfully set in motion in accordance with the actual conditions of state policies established during the Deng Xiaoping era. Chinese leaders are constantly alert and self aware. They do not have a sense of crisis to prevent from losing their country. On average, every two months, the Political Bureau of the CPC Central Committee (25 people in total), as the highest decision-making level body, will collectively study the situational landscape. In 2021, collective learning included eight themes, covering the digital economy, blockchain, and biosafety. During each study session, Xi stressed the importance of meeting the needs of the people. All Chinese people know that the Chinese path towards 2035 and 2050 must meet the needs of the people. Sure, the path is twisty, muddy, and bumpy. But the direction is certain.

Can external forces stop the pursuit of a better life and interrupt the continuity of Chinese policy? No outside force dares to invade China. This is the third element of basic common sense. To put this into historical perspective, Iran’s rise after the 1979 Khomeini revolution was interrupted by the Iran-Iraq war. The invasion of Afghanistan in 1979 was the beginning of the Soviet Union’s last spasm and eventual decline. Many contented that the Afghan war in 2002 was the point at which American hegemony fell. In this same 40 year stretch, China was the only major economy not involved in a war. Instead, China reaped the growing peace dividend, just as the United States did in the first half of the 20th century when it moved away from World War I and World War II. China has meanwhile developed and invested in state of the art aircraft carriers, nuclear submarines, and intercontinental missiles. However, unlike the United States, which has hundreds of military bases overseas, China has kept a precise balance between not waging war and preventing foreign invasion.

At present, if the province of Taiwan declares independence, the Mainland will deploy military force. Beijing will not hesitate to be an enemy of any external forces to help defend Taiwan Province, which is presently the biggest risk for sparking armed conflict in the region. This tests the wisdom of the Chinese people. It also informs the wisdom and rationality of the whole world, especially Americans, to mitigate and prevent risks. Based on these basic facts, the probability of the end of China’s rise is quite low. It is too early for anyone to predict China’s decline.

Wang Wen is Executive Dean and Professor of Chongyang Institute for Financial Studies, Renmin University of China, and a senior fellow in the Counselor’s Office of the State Council of China.