University graduates not only face the increasing risk of unemployment, but are usually disappointed by low starting salaries and a lack of upward social mobility. This article critically reviews how the massification of higher education has created the challenges for graduate employment and education governance in Asia.

To maintain and improve their competitive advantage in an increasingly networked global market, governments in Asia have made serious attempts to create additional higher-education opportunities for their citizens to produce a high-quality labour force capable of dealing innovatively and creatively with the challenges of a knowledge-based economy. With a rapid increase in higher-education enrolment, higher education in many parts of the Asia-Pacific region has expanded from select groups of elite institutions to vast and complex systems. This article critically reviews how the massification of higher education has created the challenges for graduate employment and education governance in Asia. Figure 1 (see figure 1 below) clearly shows the steady but rapid expansion of higher education enrolments in Asia since 1999. 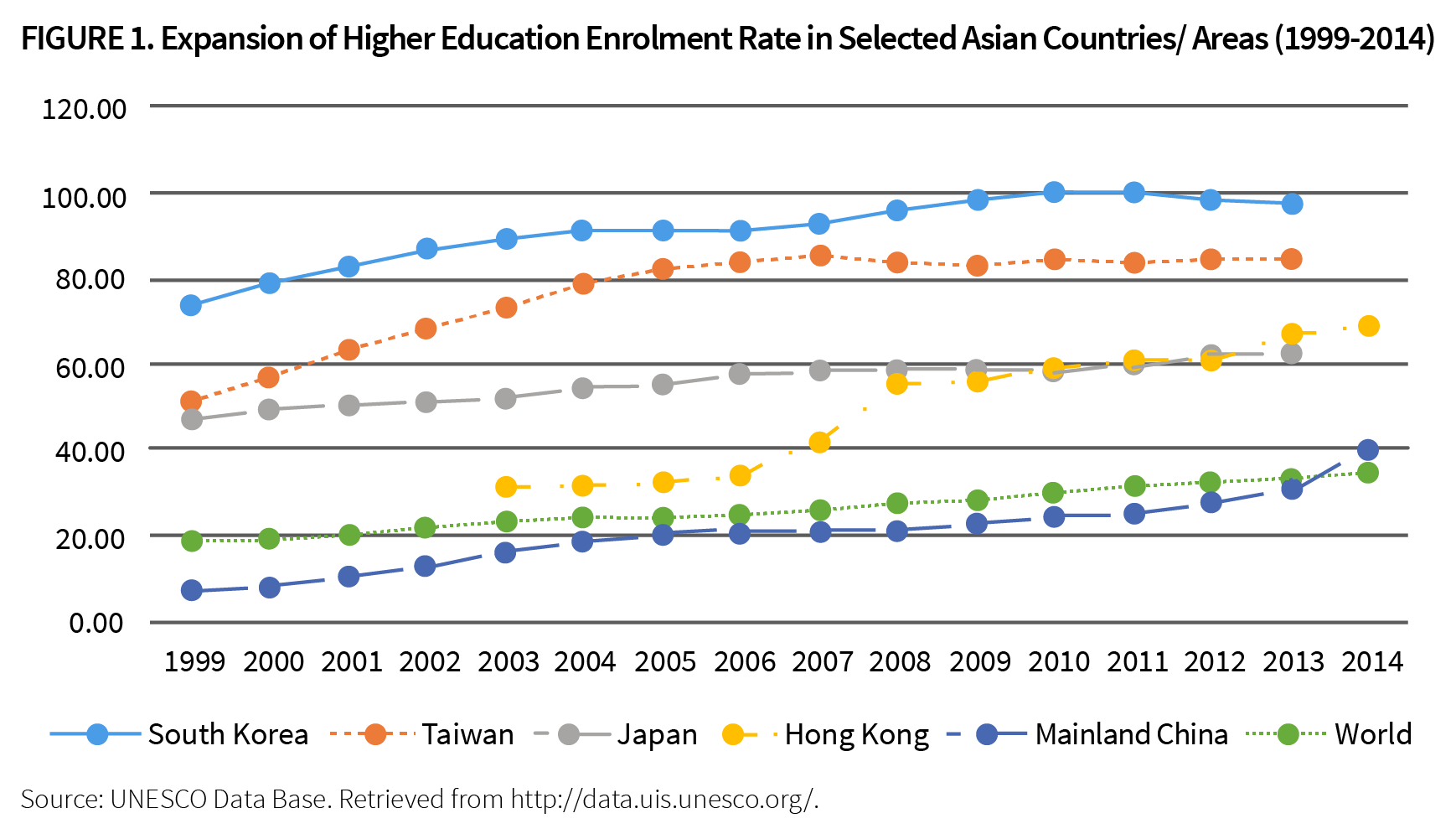 Mismatch of Supply and Demand in Graduate Employment

Statistical and empirical evidences clearly indicate increasing access to higher education does not guarantee a promising future for university graduates. Rather, as the supply of highly qualified workers now exceeds the demand of the labour market, graduates are no longer enjoying competitive salary packages (Brown and Lauder, 2011). In a study on the effects of higher-education “massification” on graduate employment and the changing needs of the labour market, the author finds that “graduates in Europe, North America and East Asia have been negatively affected in terms of employment and social mobility by the rapid expansion of higher education”. According to official statistics, approximately 40-50% of college graduates in the US are over-qualified for their jobs; 3 million graduates in South Korea are economically inactive; in 2009, nearly 38% of Japanese graduates were unemployed 8 months after graduation; and one in three young graduates in India are unemployed. (Although it is difficult to obtain accurate data for India, only 38% of graduates are estimated to have found high-quality jobs in 2013; see Vedder, Denhart, and Robe, 2013).

Ka Ho Mok is the Vice-President and concurrently Chair Professor of Comparative Policy of Lingnan University. His recent published works have focused on comparative social development and social policy responses in the Greater China region and East Asia. He is also the founding Editor-in-Chief of the Journal of Asian Public Policy (London: Routledge) and Asian Education and Development Studies (Emerald) as well as a Book Series Editor for Routledge and Springer.

COVID Hospitality: 4 Lessons We Can Learn from the Chinese Hotel Industry