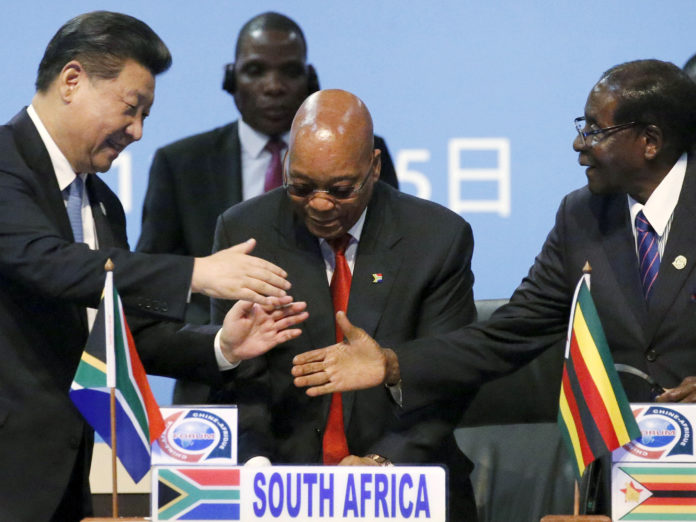 As China assumes leadership in the grouping, Beijing wants a greater role to Africa and developing world in the G20.

When China’s Foreign Minister Wang Yi spoke in the Hangzhou Summit in May, he made it clear that Beijing intends to cooperate with other G20 countries to deliver ten outcomes. One of these focuses on Africa.

As the G20 host, China’s goal is to “initiate cooperation to support industrialisation of Africa and least developed countries (LDCs)”. Wang added, “This year, China will encourage G20 members to help Africa and LDCs speed up industrialisation, reduce poverty and pursue sustainable development by means of capacity building, investment increase and infrastructure improvement.”

After seven decades of promises by major advanced economies, it is hardly a surprise if Africans feel somewhat wary about such pledges. However, this time may prove different.

Africa’s Role in the G20

Currently, South Africa is the only G20 member from Africa. However, China wants Africa to have a greater role in the grouping and to institutionalise that role. At the Forum for China-Africa (forac) meeting in South Africa last year, President Xi pledged $60 billion toward Africa’s development agenda. To walk the talk, Chinese hosts have invited to Hangzhou more African countries. With Beijing’s support, Africa can also become a permanent subject of the G20 meetings.

In Asia, I noted, the diffusion of new technologies has resulted in more diversified industrial structures, thanks to foreign multinationals and local labour forces.

Yet, a truly new, more multipolar world order has begun to emerge in the past few years, not least because the initiative of the G20, China and other large emerging economies. One of the first signs was the creation of the BRICS New Development Bank (NDB), which was followed by the institution of the Asian Infrastructure Investment Bank (AIIB). In October, the Chinese renminbi (RMB) will join the IMF’s international reserve currencies, thus paving way for the Indian rupee in the future.

None of these changes came about automatically, or through advanced economies’ initiatives, or without significant behind-the-façade friction. The same goes for African industrialisation, which is the explicit goal of Africa’s Agenda 2063 for all the 54 economies in the continent. That requires the core economies to push for greater regional and intra-regional cooperation. It won’t be easy. Then again, China, too, had to overcome its warlords, imperial disintegration, a century of colonial humiliation, and a bitter civil war – before even the start of industrialisation.

Moreover, Chinese economy has not expanded, thanks to advice from international multilateral organisations. Actually, what Beijing has done – from Deng Xiaoping to Xi Jinping – has often violated Western doctrines.

Dan Steinbock is an internationally recognised expert of the nascent multipolar world. He is also Guest Fellow of Shanghai Institutes for International Studies (SIIS) and the commentary is based on his SIIS project on “China and the multipolar world economy.” For more about Dr. Steinbock, see http://www.differencegroup.net For more about SIIS, see http://en.siis.org.cn/