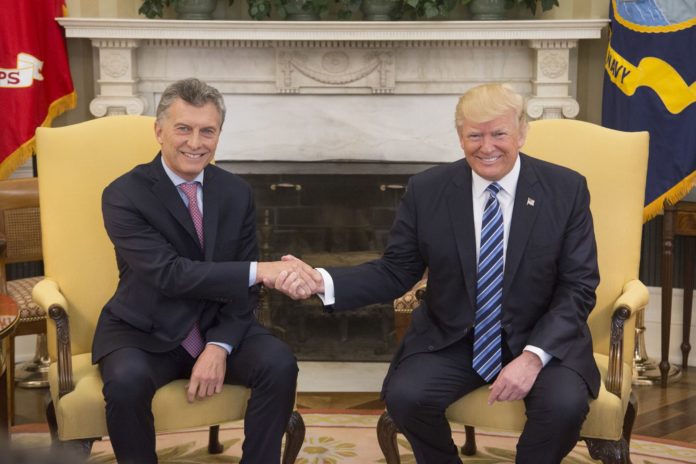 Latin America is re-converting into Washington’s backyard and as a sideline is returning to fascist rule, similar but worse than the sixties seventies and eighties, which stood under the spell of the CIA-led Operation or Plan Condor. Many call the current right-wing trend Operation Condor II which is probably as close to the truth as can be. It is all Washington / CIA fabricated, just with more rigor and more sophistication than Plan Condor of 40 and 50 years ago. As much as it hurts to say, after all the glory and laurels sent out to Latin America – with Hugo Chavez, Fidel Castro, Rafael Correa, Evo Morales, Lula, the Kirchners, José Mujica, Michelle Bachelet – more than 80% of the population of Latin America were living for some 15 to 20 years under democratically elected mostly left-leaning governments, really progressive. – Within no time, in less than 3 years the wheels have turned.

Latin America was for about 20 years the only western part of the world, that was fully detached from the fangs of the empire. It has succumbed again to the forces of evil, to the forces of money, the forces of utter corruption and greed. The people of Latin America have betrayed their own principles. They did it again. Humans remain reduced as in ancient times, to the unfailing powers of reproduction and ego cum greed.  It seems in the end, ego and greed always win over the forces of light, of good, peace and harmony. That’s why even the World Bank calls corruption the single most hindrance to development. They mean economic development; I mean conscientious development. This time the trick is false and fraudulent election campaigns; bought elections; Washington induced parliamentary coups – which in Brazil brought unelected President Temer to power, a prelude to much worse to come, the fascist, misogynist, racist, and self-styled military man, Jair Bolsonaro.

The 2015 presidential election in Argentina brought a cleverly Washington manufactured win for Mauricio Macri, a friend and one-time business associate of Donald Trump’s, as it were. The election was manipulated by the by now well-known Machiavellian Cambridge Analytica method of cheating the voters by individualized messages spread throughout the social media into believing all sorts of lies about the candidates. Voters were, thus, hit on the head by surprise, as Macri’s opponent, the left-leaning Daniel Scioli of the Peronist Victory Front, the leader in the polls, was defeated.

How Tencent became the World’s Most Valuable Social Network Firm –...

How Debt Differs in China, the US and Japan