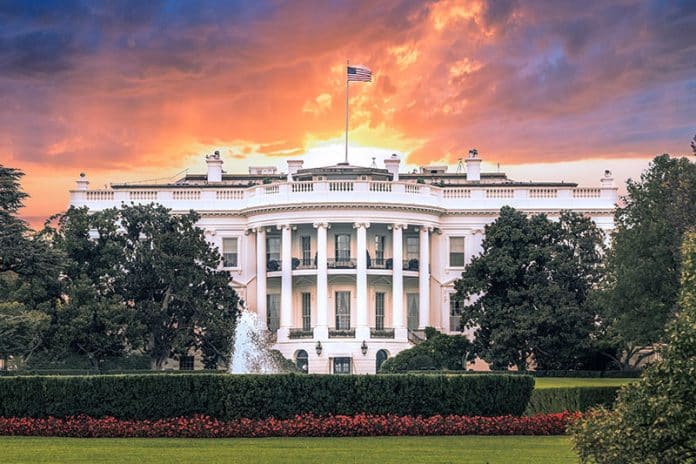 By Patricia A. O’Brien

If you are trying to find traces of the United States’ long and layered ties with the Pacific Islands in Washington D.C., you need to look hard. Apart from the names of iconic battles chiselled into the Washington Mall’s second world war memorial, evidence of America’s complex Pacific history stretching back to the beginning of the Republic is not there.

Until very recently, this absence was replicated throughout Washington’s institutions, where the Pacific Islands have been at the back of mind since those epic battles were fought 80 years ago.

But over the past few months, things have changed.

The reason for this dramatic shift is plain for all to see: China. Washington is now undergoing a Pacific re-discovery that goes all the way to the top.

At the end of September, US President Joe Biden will host Pacific leaders at the White House for the first US-Pacific Island Country Summit. This will be in the style of the ASEAN meeting held in May.

After the second world war, the US was largely absent in the Pacific. There were notable exceptions, not least the shameful Marshall Islands atomic testing programme that continues to deeply affect the present.

Now the US is striving to be seen and viewed as a force for good in a part of the world where China has been making deep, transformative and worrying inroads for over 15 years.

This isn’t the first time US postwar hegemony has been challenged in the Pacific. In the 1980s, the Soviet Union was disrupting the Pacific Islands power balance and the US responded with a series of treaties and agreements. One was the 1987 South Pacific Tuna Treaty, signed with 16 Pacific Islands. The treaty’s ongoing importance was underscored in recent weeks as part of the renewed US diplomatic drive.

The US also brokered three Compacts of Free Association (COFA) with its former United Nations Trust Territories that became the Republic of the Marshall Islands, the Federated States of Micronesia and the Republic of Palau in the mid-1980s. (Rather than becoming independent at this time, the Northern Marianas Islands opted to join American Samoa and Guam as US territories).

When the Soviet Union collapsed in 1989, so too did US interest in the Pacific. But the compacts spurred the formation of numerous Micronesian diaspora communities across the US. Meanwhile, in exchange for certain rights, the COFA states gave the US exclusive control over their oceanic territories and a vital military base on Kwajalein Atoll.

In the current geopolitical context, these 20-year agreements were expiring and languishing, much to the frustration of several congressional representatives from both political sides. Fears of Chinese encroachments spurred the White House into action in March.

Since then, the visibility of the US’s Pacific outreach has risen. Congress took the lead in upping the US game in the Pacific, with numerous bills such as the 2021 Blue Pacific Act. Its budget lines were also designed to address both the immense needs of the region and shore-up the geopolitical interests of the US and its friends and allies, not least Australia.

In August, the urgency of US outreach has been on display in the Solomon Islands, the nation most precariously situated in the unfolding geopolitical contest thanks to the security deal signed in April with China.

At the beginning of August, Deputy Secretary of State Wendy Sherman and US Ambassador to Australia Caroline Kennedy led poignant and very personal commemorations of the 80th anniversary of the commencement of the Battle of Guadalcanal in August 1942.

At the month’s end, the US hospital ship Mercy docked in Honiara, where it was welcomed by Prime Minister Manasseh Sogavare. Only days before, he had prevented US coastguard cutter, Oliver Henry, from doing likewise.

Along with urgently needed medical, dental and veterinary aid, the Mercy brought music and a sense of celebration, with the US navy band even singing Solomon Islands tunes, in a demonstration of distinctive tone the US now seeks to set.

Also in August, USAID released its five-year Strategic Framework. This detailed how the US is going to rapidly restore itself in the region as it challenges “authoritarian actors” who “challenge the region’s stability and democratic systems”. The three development objectives are:

The framework cites the regional objectives laid out by the Pacific Islands Forum over the past eight years as the framework’s guide in 12 Pacific Island nations. It has a particular agenda to drastically improve the lives and status of women and girls across the region. The USAID plan is ambitious in its hope to transform conservative Pacific societies, while at the same time offer opportunities more attractive than those of China, thereby limiting its power projection throughout the region.

It is the 12 Pacific nations where USAID seeks to expand operations that have been invited to the White House in late September. The withholding of invitations to the remaining members of the Pacific Islands Forum – the Cook Islands, Niue, French Polynesia and New Caledonia – has been duly noted.

It is a puzzling move, but one that indicates the agenda for the summit: for Biden’s administration to specifically develop its US programmes. The recent revelation that the five foreign ministers heading the Partners in the Blue Pacific Initiative (US, Japan, Australia, New Zealand and Britain) will meet before the summit also suggests multilateral proposals will be tabled too.

Given how little the region has been seen and heard in Washington, the summit offers a rare opportunity for the administration to listen to what Pacific leaders have to say and reshape their approach accordingly.

This article was originally published in The Conversation on 13 September 2022. It can be accessed here: https://theconversation.com/us-takes-a-renewed-interest-in-the-pacific-and-chinas-role-in-it-190053https://supchina.com/2021/11/23/chinese-tech-philanthropy-in-the-age-of-common-prosperity/

Patricia A. O’Brien is a historian of the Pacific, Australia and empire. She also research and write on a wide array of global contemporary topics. My work has concentrated on Australia, New Zealand, the Pacific Islands, the United States and the League of Nations. My books include the biography of Samoan nationalist leader, Ta’isi O.F. Nelson, Tautai: Samoa, World History and the Life of Ta’isi O. F. Nelson (Hawai’i: 2017) and The Pacific Muse: Exotic Femininity and the Colonial Pacific (UWP: 2007).