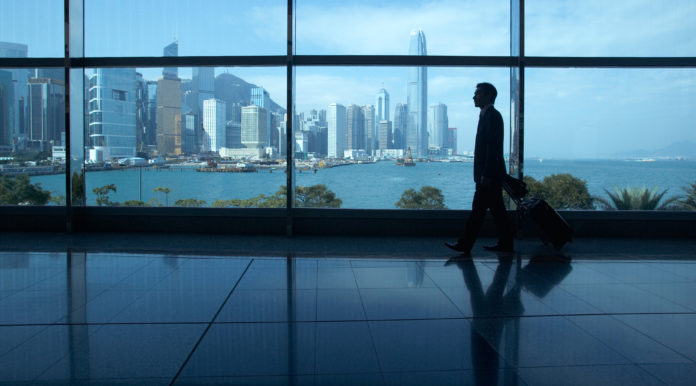 As a new superpower, China will likely provide a helping hand whenever possible by taking a greater role in international organizations like the International Monetary Fund and the United Nations, but it will be a very different superpower than the United States has been. Unlike America, it is doubtful that China will try to save the global economy or become the world’s policeman. Instead, it will let other nations spend money doing these costly and painstaking things, while they seek out the business opportunities that these actions might produce.

Aside from a culture and ideology that is more focused on internal issues, instead of possessing a missionary-like zeal to convert others to how China thinks, the government is still fearful of internal instability, and will therefore spend most of its time on improving local issues. Moreover, because of strict regulations constraining party officials, government leaders will most likely continue to push their offspring to enter private enterprise to make their money. Most decision-making will provide opportunities for well-connected individuals to leverage their relationships to better seize business opportunities.

Instead of possessing a missionary-like zeal to convert others to how China thinks, the Chinese government will spend most of its time on improving local issues.

China’s foreign policy will be an offshoot—in many ways, an afterthought—of how it deals with internal issues of stability, and the creation of wealth opportunities for the embedded elite, rather than a cohesive policy designed to shape the rest of the world to emulate China’s ideal form of government.

China’s laser-like focus on economic growth, and its greater adherence to free trade and capitalism than America’s, means China can provide a growth engine for many industries, from agricultural products and medical devices to the luxury sector, among many others. Companies that follow the path of Yum! Brands, Procter & Gamble, or General Electric by looking to China as their next major growth engine, will join in the new Darwinian struggle; either they will evolve and become global winners for the next 50 years, or else they will go extinct.

Yet the country still faces massive challenges—brought about, as this book has shown, by the End of Cheap China—in providing adequate housing, stamping out corruption, ensuring healthy food supplies, and improving the educational system. These problems will not be easily solved, and they will force the government to devote funds and attention to finding answers.

No amount of stimulus or smart planning can offset continued economic pain in the West. There is a very real possibility that a lost decade—or even two—overshadowing entire swaths of the Western world will also severely impact China’s growth. Its economy is not completely decoupled from the West, so economic pain there will eventually come to China as exports drop.

Concerns about Eurozone debt remain high, as well as worries over a political or even military conflagration, if the problem cannot be resolved. Even if more fiscally responsible countries like Germany and Finland try to bail out their neighbors, there are fears that the mounting problems are too large to be solved without defaults, a Eurozone breakup, or even worse. Irresponsible bickering in the U.S. Congress has left many Americans angry and hopeless, as unemployment rates have remained above 9 percent despite loose monetary policies and stimulus programs.

In the midst of economic turmoil and protests in the Western economies, the balance of power is shifting toward developing countries. Aside from China, India and Brazil are emerging as new economic powerhouses. Yet an ascent to economic dominance is a foregone conclusion for none of these countries. Rampant inflation, red tape, and corruption continue to undermine their governments’ legitimacy.

Despite this, worries about an economic and subsequent political collapse in China are greatly overblown. Many analysts, like author James McGregor, argue that the government’s legitimacy derives solely from economic growth, and that the country’s system will topple if growth does not remain above 8 percent because the people will feel betrayed. That sort of Faustian bargain does not really exist. Rather, the arrangement was more that the government would create peace and stability, stay out of the lives of everyday Chinese as much as possible (unlike the early decades of the Party, when it infiltrated everything), and thus allow business opportunities to develop.

Many Westerners assume that continued economic growth and exposure to other cultures will lead middle-class Chinese to want democracy, and that the whole system will collapse if they don’t get it. They draw many comparisons to the Arab Spring, which toppled the Mubarak regime in Egypt and Gadhafi’s in Libya. The chief financial officer of one of the world’s largest companies asked me, skeptically, “Is the system ready to topple? Do the people support the leadership, and will it be able to accommodate changing wants in China?”

Internally, it is doubtful that China will undergo an Arab Spring–like transformation, because the government is making the necessary reforms to ensure the voices of everyday Chinese are better heard. China’s population is relatively satisfied with the direction in which the government is taking the country, and there are no major internal forces that are pushing for change. That said, China’s government will necessarily have to evolve and reform for its citizens in the coming years, or else more challenges to the growth and happiness of the general population will emerge.

Every year, human rights for average Chinese improve. Their worry, however, is that the good reforms their leaders have put in place since the end of the Cultural Revolution could somehow come to a standstill. The process of improving information flow and transparency within the political system needs to continue. It is likely that the one-party government currently in power will do so.

The End of Cheap China is like a giant wave crashing down on the shoreline with full force. It is fruitless to try to dig in one’s heels to withstand the impact of the water, or to hope that life will be exactly the same before the wave came. Companies and people who do so will either get knocked down by the wave, or will remain standing but weakened. The best way to deal with a giant wave is to dive right into it, or jump on a surfboard and ride it all the way to land. Corporations and countries that understand the nuanced changes occurring in China today—and are able to hop on their boards—will have the ride of a lifetime.

This is an edited extract taken from The End of Cheap China: Economic and Cultural Trends that Will Disrupt the World by Shaun Rein (Published by Wiley – www.wiley.com )

Shaun Rein is the founder and Managing Director of the China Market Research Group, a leading strategic market intelligence firm that advises Fortune 500 companies, private equity firms, and hedge funds about profiting in China. Millions read his weekly CNBC column on business in China. He regularly appears on Bloomberg TV, CNBC, CBS News, CNN, and NPR, and is often featured in the Wall Street Journal, the Economist, the Financial Times, Bloomberg.com, and the New York Times.