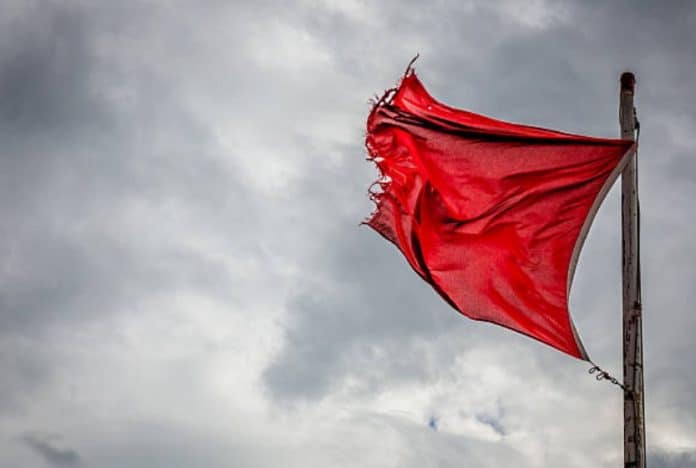 US inflation and aggressive rate hikes are pushing the West into recession territory, while collateral damage is derailing development elsewhere, including Southeast Asia and the Philippines. The worst is still ahead.

Last week, it was all over the headlines: “Philippine peso plunges to P58.49 against US dollar.” Like several times before, the peso dived following the rate hike by the US Federal Reserve.

The Philippine currency has depreciated 15% from last year, while weakening from P49 to barely P59 today.

As the rate gap between the US and Southeast Asia is set to diverge further, regional currencies will face continued greenback headwinds, with the Philippine peso vulnerable to the surge in US yields. Hence, the recent rate hikes in the Philippines, Indonesia, and Vietnam.

Thanks to the Fed’s complacency, the rest of the world is paying much of the bill. And it will prove costly.

The discontents of complacency

Red lights have been blinking since summer 2021, when the Fed misread the US market signals. To make things worse, similar mistakes recurred elsewhere, including Southeast Asia and the Philippines.

Having traded around P47 level, the peso closed around P48.70 at the time. In that context, the calm seemed reasonable in Manila, as it did in much of Southeast Asia.

However, the rate hikes would prove earlier, faster and far more aggressive than most observers anticipated. Furthermore, the idea that US rate hikes, particularly when they are aggressive, wouldn’t have adverse international repercussions is flawed.

Figure 1 US Inflation and interest rate

Under the current BSP governor Dr. Felipe Medalla, the BSP had few alternatives but to continue big rate increases in the September meeting. With its fifth hike since the onset of the hiking cycle in May, it raised the rate by another 50 percentage points to 4.25%. In cumulative terms, that’s 225 points in barely four months (Figure 2).

Despite multiple red flags since summer 2021, the rate hikes’ net effects continue to be underestimated. Last January, I warned that US inflation is the global risk of 2022 (TMT, Jan 17, 2022). Until then, the Federal Reserve had largely ignored soaring inflation. Due to the belated response, I expected the consequent risks to penalize the ailing global recovery.

In February, after the disastrous failure of international diplomacy over Ukraine, I cautioned that global recovery is fading and the world economy must cope with the risk of stagflationary recession (TMT, Feb. 28, 2022).

In the first week of March, I predicted that the unwarranted war in Ukraine would “severely penalize Ukraine, Russia, the US and the NATO, Europe, developing countries and the global economy” which would compound the threats of energy and food inflation (The World Financial Review, Mar. 9, 2022).

Since the onset of 2020, the Fed has made two cardinal mistakes. Ignoring the WHO’s warnings about the international spread of the Covid-19, it began to cut rates only belatedly in March 2020. The second mistake ensued after mid-year 2021, when inflation started to climb rapidly. Instead of a timely response, the Fed chairman Jerome Powell downplayed the threat of soaring prices calling them “transitionary.”

The Fed’s rampage toward 5%

If the Fed’s monetary pain wasn’t enough, the White House’s foreign policy has contributed to the runaway inflation and elevated uncertainty. A benign scenario in the Ukrainian crisis would have required rapid, proactive diplomacy. But that hasn’t been a priority in the hybrid proxy war. As US defense secretary Lloyd Austin acknowledged in late April: “We want to see Russia weakened.”

The net effect has been the lethal mix of a global energy crisis and what the UN Secretary-General Antonio Guterres has called the “meltdown of the global food system.” Meanwhile, aggressive rate hikes continue to push the US, the UK, and the Europe toward a stagflationary recession.

In its September meeting, the Fed not only voted for a 75 percentage-point rate hike, up to 3.25%, but it amplified its aggressive ‘dot-plot’ projection. If US economy can handle it, world economy doesn’t plunge and geopolitics doesn’t fall apart, the Fed seems to be preparing another 75-point hike in its early November meeting, followed by still another 50 points hike as a Christmas gift. That would take the year-end rate to 4.5%.

For all practical purposes, Powell and his team seems to be aiming at 5% by early 2023, assuming the US jobs rate remains tolerable in Washington. Nonetheless, such rate goals may require 1-2 million unemployed in America.

Prepare for a tumultuous fall

As in the 1980s, this rampage could cause lost years, even lost decades in the Global South. The difference is that, unlike four decades ago, today’s international environment is far more dire.

As fiscal and monetary policies are being exhausted in the West, new rounds of debt-taking will intensify. That will further amplify inflation, destabilizing exchange markets, depreciating weaker currencies and causing hikes that will hit hardest the shrinking middle class and working people in the West; and even more severely the emerging and developing economies.

On Friday, the Philippine peso sank to a record-low relative to the US dollar. At the same time, headline inflation amounted to 6.3% year-to-year in August, while core inflation inched to 4.6%. The increase in public transportation fares will ensure more of the same starting in early October.

The Philippine central bank is committed to bring headline inflation down to 2 to 4 percent range. However, given the Fed’s expected rate hikes in November and December, BSP will have few alternatives but to follow up with new rate hikes in both cases, which in turn will cause more currency and fiscal pain, among other things.

The worse is still ahead.