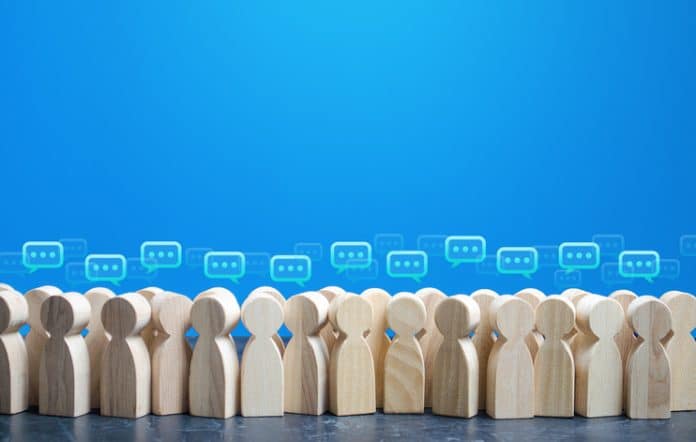 By Chan Kung
A recent tragic incident in the United States has stunned the world. This incident, is not merely “domestic terrorism”, but its root cause, that of a “critical society”, is far more serious than people think.

Payton Gendron, from Conklin, New York, drove a few hours to Buffalo, which is about 200 miles away, to a predominantly African-American, low-income neighborhood, about 3 miles north of the central Buffalo. It is surrounded by residential areas, a university, a nearby Family Dollar store, and a fire station. –

In an act that shocked everyone, Payton Gendron pulled up his rifle and walked into the supermarket, and started killing people, women, the elderly, and cashiers. Not only did he shoot at the unarmed people, but he also broadcast the gory scene of the massacre live on Twitch. This vicious mass shooting incident left at least 10 people dead and 3 others injured. Of the 13 victims, 11 were black.

In the aftermath, it was horrifying to discover that the white young man who did the mass shooting was only 18 years old. “This is the worst nightmare that any community can face, and we are hurting and we are seething right now”, said Mayor Byron Brown.

After the incident, President Joe Biden urged unity to stem racial hate as a remedy to get rid of the “hate that remains a stain on the soul of America.” Biden said that, “violence inflicted in the service of hate and a vicious thirst for power that defines one group of people being inherently inferior to any other group. A hate that through the media and politics, the Internet, has radicalized angry, alienated, lost, and isolated individuals into falsely believing that they will be replaced”.

The so-called “Great Replacement Theory” alluded to in the speech of President Biden in his condemnation of the massacre refers to the belief that immigrants or other people of color are “replacing” white Americans. Propagated by the media and the Internet, and deliberately exaggerated by political shows and politicians, there are those who become firm believers that the “Great Replacement” is the reality and the future of the United States. The Buffalo massacre is but one of the countless hate crimes. In today’s American society, no one is completely happy, and everyone seems to have different reasons for dissatisfaction, disappointment, and hatred.

The reason for this is that the U.S. is typically a “critical society”, which does not often offer much justice and truth. Instead, discrimination, grievances, conspiracies, and hatred more often than not emerge in such a society seemingly plagued by despair and pain. The real United States might not be exactly like this, of course. Yet, countless people from all over the world are eager to come to America by all means to seek hope there, not knowing that Americans, especially young people who are overwhelmed by disappointment, are not hopeful about the future.

There are many reasons why the U.S. has become a critical society.

Education in the U.S., with its strong emphasis on critical thinking, trains young people from an early age to not only possess critical spirit, but also to have critical point of view. This started with English composition among young children, and continues to dissertation among college students. Such critical spirit is like a contagious disease, which is easily transmissible. In books, in movies, in TV shows and newspapers, in culture as well as in fashion, Americans are always criticizing all the time, trampling. Yet, their critical mind does not come with constructive strength. There is a serious lack of respect for the classics. It is as if only through crushing the past and the traditions that allows them to show their superiority.

The cultural model that balances the critical and classical, empirical and traditional do not seem to be the dominant model in American society, nor an integral part of its popular culture. American institutions of higher learning, which are supposed to be places where the classics are taught, are now the venues that instill radical critical thinking. Therefore, the non-technological departments in colleges there are nothing short of houses of madness. This has led to a pernicious consequence of increasingly polarized critical thinking, turning the U.S. into a very harmful critical society.

In such as overly critical society, it is difficult for people to see the presence of the classics that represent all things positive. Since everything can be criticized, then everything is problematic, where there are flaws everywhere, where everything is imperfect. In an overly critical society, no one is normal, and everyone has a vicious side. If one cannot find shortfalls in a person, then standards will be raised up or lowered down, or new standards are invented, so that everyone becomes the target of criticism. All doubts are noble, and the classics themselves are the best objects of doubt.

The biggest problem with a society like this is that there is no hope, only hate. All that is left is despair. A young man like Payton Gendron is actually just a victim who goes astray in such a society. In an overly critical society, every young adult is in despair.

The U.S. today is already very worrying enough, its future is even more so. With the Internet, disappointment and hatred are ubiquitously amplified. From the country’s power center to its legislature departments, in terms of constructing, developing, and protecting the nation, the professional politicians there contribute less than regular nine-to-five office workers. These politicians expose, create, amplify, and criticize any possible flaws of political opponents without hesitation, in accordance with the modus operandi of professional politicians there. Such amplification and role model effects have made the United States a desperate country.

In the face of all kinds of information sweeping in, using the “believe it or not” mentality to deal with the survival challenges of the modern information society is a major blunder. The right approach is to recognize and analyze information, but this is too difficult for the average person and requires good training in information analysis. In China, it seems that there is only one think tank that has that kind of training in both critical and empirical information analysis. In this sense, Chinese academia does not always lag behind its counterpart in the United States. As for the U.S., the path of seeking science and technology to solve overly critical problems through specialized information processing is most certainly not going to work. Technology will always be objective, and as it can be used to clarify doubts, it can also certainly be used to create problems.

To bring things to a close, the sole way for the United States to get more people to see the light is for its society to make changes and move out of an overly critical society.