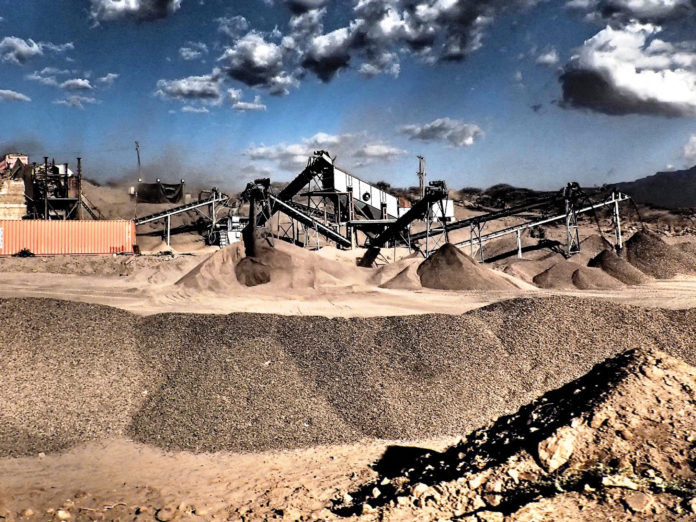 By Zhengli Huang and Xiangming Chen

In this article, the authors address the question “Is China Building Africa?” by examining the true nature of China’s infrastructure development projects in Africa, and how the different players involved interact with each other.

“The US destroys and China builds”, was how a taxi driver from Ethiopia in Washington DC responded to Chen’s question about China’s main activity in Africa. Building is what China has been doing, on a massive scale, with projects of all kinds sited in African cities and spread across this vast continent. Having built the $150 million gleaming new conference centre at the headquarters of the African Union in Addis Ababa, China recently signed a contract worth $12 billion to build the Coastal Railway in Nigeria stretching 650 km across the country from Calabar in the east to Aba, Port Harcourt, Warri, Benin City and Lagos in the west. Never before in human history have we seen the spectacle of a continental-sized China, which was as poor as most African countries only 30 years ago, building up Africa’s infrastructure on such a scale that could help the world’s poorest continent catch up in development.

China’s dominant role in building Africa’s infrastructure has been controversial despite two generally agreed positions. The first is that Africa lags severely behind other developing regions in infrastructure and has a craving demand for catching up. The second is that China is meeting that demand more than any other country, with its companies, especially state-owned enterprises (SOEs), and workers labouring away on projects that range from municipal buildings and dams to roads and railways that begin to stitch together poorly connected African cities and regions.

State-led economic development and infrastructure provision in China often implies that its central government can extend its experience in shaping the scale and speed of infrastructure development in Africa.1 Some even suggest that China is exporting its infrastructure production as a political leverage in Africa. However, Huang’s experience working with Chinese SOEs in Nairobi and other places in Africa leads us to make an alternative argument backed by evidence marshalled in this article. Chinese SOEs are generally misconceived as political allies with the central government, while their corporative nature with a profit orientation and financial constraints is largely overlooked. This bias tends to inflate the political rhetoric of China building Africa.

We question “Is China Building Africa” by probing the hidden interface between the strategic and pragmatic levels of China’s involvement in Africa’s infrastructure development. We do so by examining: 1) how the political rhetoric is translated into any practical strategies; 2) how the different players, including the government representatives of China, the Export-Import Bank of China (EximBank), the subsidiaries of the SOEs in Africa, as well as the local authorities and agencies, interact with one another in initiating and executing infrastructure projects, and 3) the benefits and risks for the various parties now and into the future of Africa’s infrastructure development.

Zhengli Huang is an architect and urbanist. She studied Architecture and Urban Design in Shanghai, Vienna and Berlin. Since 2010 she has been a senior researcher and editor in Urban China Magazine, and served as Editor-in-Chief for the Special issue of “Urban China 63: Chinese Urbanism in Africa.” Her PhD research focuses on the informal settlements and their building system. In 2014 she worked as project manager in a school-building project in Mathare Valley, one of the largest informal settlements in Nairobi.

Xiangming Chen is the Dean and Director of the Center for Urban and Global Studies and Paul E. Raether Distinguished Professor of Global Urban Studies and Sociology at Trinity College, Connecticut, a distinguished guest professor at Fudan University, Shanghai and an adjunct professor at the Graduate School of the Shanghai Academy of Social Sciences. He has published extensively on urbanisation and globalisation with a focus on China and Asia. He is also a Senior Contributor for the “China and the World” series at The European Financial Review.