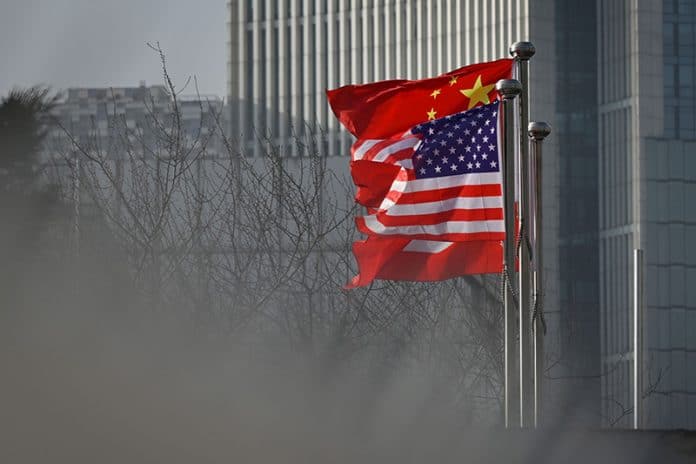 Recently, the IMF downgraded global growth prospects, due to projected slowdowns in the US and China. Negative prospects could be overcome with right policies, such as trade cooperation.

Recently, the International Monetary Fund projected that global growth rate will slow to 4.4% in 2022. In the dire international landscape, global recovery has remained elusive dream since 2017, when US trade wars derailed the impending expansion. Today, unwarranted geopolitics escalate tensions.

Worse, the failure to roll out vaccines could knock another $1.5 trillion from incomes across the South, according to UNCTAD report last fall.

The WHO vaccination target is to achieve 70% coverage in all countries by the mid-2022. Thanks to vaccine hoarding by rich countries and inadequate international cooperation, only 59 countries, most of them rich economies and some upper-middle income countries such as China, have achieved that target – as opposed to only half of lower-middle income economies and only a tenth of the low-income nations.

When China contained its pandemic in February 2020, the number of total cases worldwide was still less than 90,000. Of these, 85,000 were in the insulated mainland. In other words, some 99.97% of present-day COVID-19 cases worldwide are the result of the West’s ineffective containment measures after February 2020.

While cases in China remain below 110,000, in the West the failure to contain the pandemic has already caused 420 million confirmed cases and nearly 6 million deaths, after four to five pandemic waves and multiple variants (Figure 1).

Nonetheless, when the Biden administration arrived in the White House in January 2021, the expectation was that the U.S. economy would surge, the Chinese economy would slow down, and the rapidly-rising inflation was just “transitionary.”

All assumptions were misguided.

In 2021, U.S. economy expanded faster than expected – real GDP grew 5.5%, fastest since 1984 – as the economy continued to recover from the adverse pandemic effects. Wages grew at fastest pace in decades, but since prices increased even more, the net effect was actually negative.

Before the COVID-19, US economy was expected to exhibit some slowing. In 2021, most of the GDP expansion was accounted for by increased inventory investment and service spending. In the past two years the pandemic itself has lowered the economic output potential. During the ongoing year, GDP growth will slow because the level of fiscal support is smaller, the economy is closer to maximum employment, and the strong inventory and service gains are not likely to recur.

Worse, inflation has proved stickier than initially anticipated. In effect, since the early days of the pandemic, the Federal Reserve has made two mistakes. First, it began to cut rates belatedly only in March 2020 ignoring the WHO’s early warnings. The Trump administration amplified the mistake by seeking to protect US equity market at the expense of American people.

The second mistake ensued after mid-year 2021, when inflation began to climb rapidly and the Fed characterized rising prices as transitionary. Despite accelerating inflation, the ultra-low rates were left intact (Figure 2).

The galloping inflation worsened in December when it rose 7% from a year ago; the fastest since June 1982. Like then, America is not coping with ordinary inflation, but stagflation: the combination of low interest rates and high inflation.

US stagflation as a global risk

Despite gloomy expectations in the West over China’s 4th quarter data, China topped its 2021 growth (8.1% over the target of “above 6%”), despite expected deceleration in the 4th quarter. Exports and imports exceeded $6 trillion for the first time. The economy continued its recovery, despite slowing export growth on the back of a stronger yuan. China’s trade surplus with the US was $397 billion; 25% higher than in 2020.

Actualized foreign investment into China reached a new record in 2021 (20.2% year-on-year in US dollar terms). Countries and regions along the Belt and Road Initiative (BRI) booked a 29.4% rise in their investment in China, while investment flows from Southeast Asia soared 29%. The performance was reinforced by the opening of capital markets. By December 2021, overseas investors had raised their holdings of mainland stocks and bonds by over 11% since year-end of 2020.

Nonetheless, the 2021 Economic Work Conference in December zoomed on stabilization. Power shortage is now in control. Regulatory drive has been softened. Credit tightness will be alleviated by fiscal and monetary easing. While real estate continues to worry investors, major developers should be able to cope with liquidity pressures in the short term.

As export momentum is expected to soften, revitalizing domestic demand is now an economic priority, as evidenced by Spring Festival consumption, boosted by targeted support by the National Development and Reform Commission (NDRC), ice and snow tourism and the Winter Olympics.

Since the global financial crisis, a whopping $25 trillion has been pumped into advanced economies. Additionally, the rich economies’ central banks will seek to maintain ultra-low rates, even after rounds of quantitative easing (QE). To sustain their unsustainable living standards, rich economies are taking massive volumes of debt that could set the stage for the next global depression.

After the pandemic depression, U.S. sovereign debt is 131% of its GDP. The Biden administration calculated that debt-taking is fine since rates will remain low and interest payments manageable. Now the White House must take still more debt and pay higher than anticipated interest.

In the near-term, Washington has exhausted its post-pandemic economic capital and is engaged in diversionary foreign policy. It is relying on geopolitics to divert public attention away from domestic economy, which faces huge secular pressures, and domestic politics, which is extremely polarized.

In the short-term, China has engaged in tough regulatory measures and significant social transfers, while keeping focus on economic development, which will support its secular objectives.

The original commentary was published by China-US Focus on Feb. 17, 2022