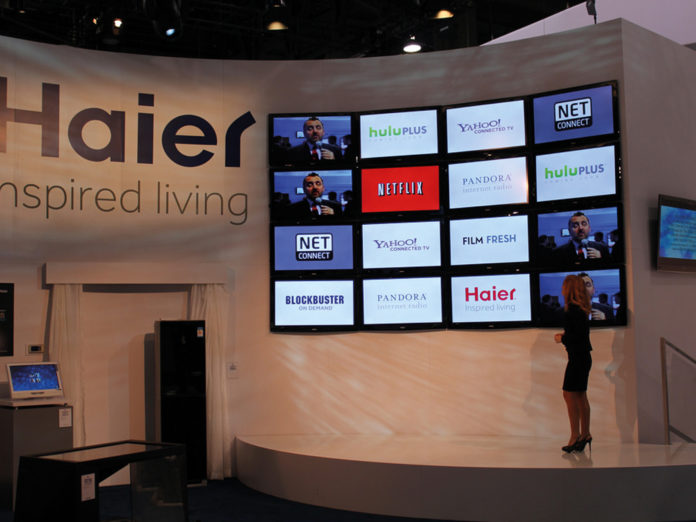 By George Yip and Bruce McKern

Chinese companies have moved from outright imitation to pure business innovation. This article discusses the three phases of the shift of China’s extraordinary economic growth in less than 40 years.

In less than 40 years, Chinese companies have moved from outright imitation to pure business innovation, in parallel with and contributing to China’s extraordinary economic growth. The three phases of this shift, though not strictly in chronological sequence, provide a narrative of relentless refinement of China’s innovative capacity.

We call the first phase “from copying to fit for purpose”. Adaptation to the Chinese market was evident even in China’s earliest attempts at competing with the world’s global manufacturers – simplification and cost reduction were present from the start. As Chinese companies refined the concept in a market that rapidly grew more discriminating, “fit for purpose” became a formidable competitive strategy. The second phase we call “from followers to world standard”. Chinese companies have shown little inhibition about reproducing what successful companies elsewhere do. Where they are unusual is in the speed with which they have developed the ability to apply research and development and deep customer understanding to redefine products and business models, and capture leadership in their chosen markets. The third phase has taken Chinese companies “from new resources to new knowledge”. The received wisdom is that Chinese corporate investment abroad is all about acquiring primary resources in emerging economies. We believe the reality is rather different; quietly, and often behind the scenes, Chinese companies are buying the market access, the brands, the technology, and the human expertise that will allow them to mount a formidable innovation challenge to the incumbent companies of the developed countries. We describe these three phases in more detail in the following subsections.

From Copying to “Fit For Purpose”

Companies have to learn to innovate. The multinational corporations of the developed countries have vast troves of technology and know-how, the fruits of investment and learning over scores of years. Most Chinese companies had to start from scratch after markets were permitted after 1979, with no experience of modern management or technology, so they began by copying and then by making small improvements to an existing product or process – often foreign. Companies called shanzhai, meaning “mountain stronghold (of bandits)”, copied brand-name products ranging from fashion accessories to telephones. The products were cheap and the quality was low, but customers didn’t much care so long as they were affordable.

But the Chinese market changes very fast. As customers became more discriminating, entrepreneurs learned to move from imitation to incremental innovation, improving their products and their processes. Incremental innovation is a big step beyond imitation – it marks the recognition that innovation is at the heart of longterm competition. Chinese companies based in the Pearl River Delta, in Beijing, and in Shanghai began by making components for global supply chains in the information, computing, and telecommunications industries. Because they were under intense pressure to meet the cost and performance requirements demanded by their multinational customers, their technical capabilities had to be close to the state of the art. As they grew, they used the skills acquired in the hard school of cost reduction to explore opportunities in adjacent markets and with other customers, adapting and improving their existing technological base through incremental innovation. The capabilities developed through incremental innovation made them essential players in supply chains for products sold in the developed countries. Early imitators of consumer products were often greatly aided by an open market for standardised components, such as Intel microprocessors and other components for personal computers, MediaTek wireless chipsets for mobile phones, and later Google’s Android mobile operating system. These technologies provided them with a base to develop products for the burgeoning domestic market.

The special demand characteristics of the Chinese marketplace meant that in this first phase of innovation Chinese companies became adept at producing products or services designed with just the product attributes Chinese customers were willing to pay for, and no more. This “good enough” strategy worked both in markets that serve lower-income consumers and in industrial markets, such as food processing, mobile phones, household appliances, and electrical machinery. Companies learned to eliminate unwanted features, to economise on materials (and sometimes on durability), to reduce waste, and to streamline processes. Their products and services are not inferior, but rather “fit for purpose”. They suit what customers need, whereas Western-designed alternatives may have costly features for which customers aren’t prepared to pay. “Fit for purpose” is a strategy that has moved these companies well beyond copying and low-cost production; it also focuses on identifying emerging needs and, as segments mature, responding with higher-quality products and services. Taobao, Baidu, Tencent, and many other companies began by copying products, services, or business models from abroad. Taobao, for example, was created by Alibaba in response to eBay’s entry into China. Its agility, its understanding of China’s market and institutions, and its willingness to forgo medium-term profitability enabled it to drive eBay out of China. Baidu copied Google’s search model, but moved more quickly to include paid search advertising. Tencent began with imitative online games and messaging services but then added its own successful WeChat live chat application, now being extended to other countries.

George S. Yip is Professor of Marketing and Strategy and Associate Dean for Executive Programmes at Imperial College Business School. His previous academic positions include Professor of Strategy and Co-Director of the Centre on China Innovation at China Europe International Business School (until end June 2016), Dean of Rotterdam School of Management, and Harvard, UCLA, Cambridge Judge and London Business School. He is the author of China’s Next Strategic Advantage: From Imitation to Innovation (2016), Strategic Transformation (2013), Managing Global Customers (2007), Asian Advantage: Key Strategies for Winning in the Asia-Pacific Region (1998), and Total Global Strategy (1992 and 2012).

Towards a New Gold Standard? Or a Currency War with China?

Calling Out China for Cyberattacks is Risky — But a Lawless...