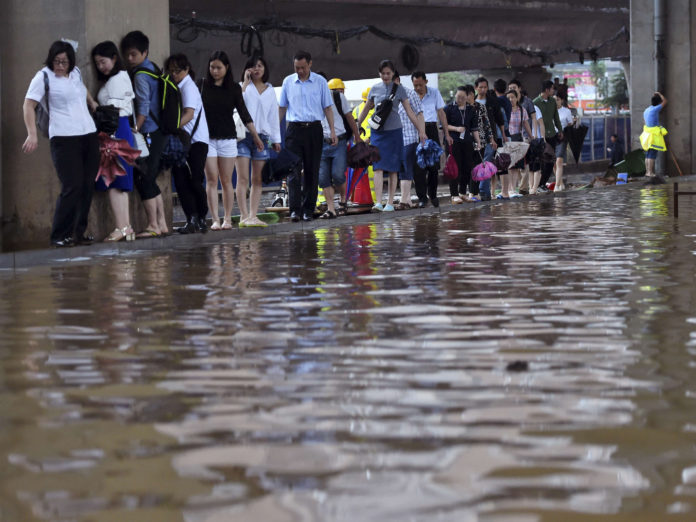 After weeks of torrential rain across central and southern China, the mainland has suffered from a series of devastating floods. As the total price tag has soared, the impact will be felt in economic growth.

By mid-July, almost 240 people had lost their lives and nearly 100 were missing, as China’s floods had been compounded by Typhoon Nepartak and a violent tornado. Torrential rains affected 33 million people in 28 provinces, submerging huge areas of cropland.

Another round of heavy rain over the last week left some 200 people dead, including 130 in Hebei province.

One of the Costliest Weather Disasters in History

Only days ago, President Xi Jinping emphasised the importance of early warning systems in flood-prone areas and warned officials about delays.

As the total economic toll is estimated at more than $22 billion, China’s devastating floods represent the 5th costliest non-US weather disaster on record. Only the 1998 floods, which resulted in losses of $44 billion (in 2016 dollars), have been more damaging.

As the total economic toll is estimated at more than $22 billion, China’s devastating floods represent the 5th costliest non-US weather disaster on record.

Economic growth is very sensitive to adverse impact on roads, rails and other damage on supply disruptions, which can result in shortages. As transport infrastructure is paralysed or impaired, factories close their doors in industrial provinces, along with offices in post-industrial cities.

Pork prices played a major role in annualised price increases, adding some 0.7 percentage points to the headline figure. That’s hardly surprising since the seven provinces that were worst hit by the floods account for more than a fourth of all hogs in China.

Dan Steinbock is Guest Fellow of Shanghai Institutes for International Studies (SIIS). This commentary is based on his project on “China and the multipolar world economy” at SIIS, a leading global think-tank in China. For more about Dr Steinbock, see http://www.differencegroup.net/