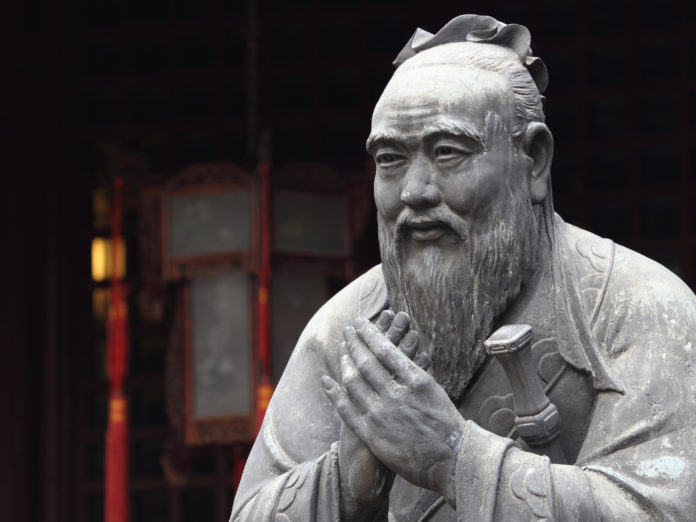 In this article, Taisu Zhang analyses Pan and Xu’s paper entitled “China’s Ideological Spectrum” which provides large-scale empirical data on the ideological shifts and trends within the Chinese population.

When Jennifer Pan and Yiqing Xu posted their new paper, “China’s Ideological Spectrum”, last week, it marked the first time that anyone has provided large-scale empirical data on the ideological shifts and trends within the Chinese population. China scholars have, of course, lavished attention on these issues for years – one cannot build a coherent argument about Chinese political and social change without grappling with them – but their arguments were largely based on personal experiences and anecdotes. The Pan and Xu paper therefore did academic and policy circles a significant service by providing a firmer foundation for such discussion.

The paper is not intended as an accurate temperature reading on the Chinese population’s ideological leanings. A voluntary online survey, with its inherent selection biases, cannot do that. What it can do, however, is measure a number of relative and relational factors: which beliefs correlate positively or negatively with each other, whether different regions lean in different directions, and whether exogenous factors such as income or education affect those relative leanings.

Pan and Xu find that “leftists” enjoy greater popular support in lower-income, inland regions, compared to wealthier coastal provinces, whereas the opposite is true for “liberals”.

Many of the findings are intuitive to those who have some basic familiarity with Chinese ideological trends: Respondents who are more nationalist also tend to support both the current “Chinese Socialist” political system – along with the limitations it places on civil rights and liberties – and state control over the economy. In contrast, those who view “Western ideals” more favourably tend to support constitutional democracy, human rights, and free-market reforms. In Chinese political terminology, the former are commonly called “leftists”, and the latter “liberals”. These terms are more than mere descriptive labels; they represent fairly coherent intellectual and political factions that are consciously antagonistic towards each other. Pan and Xu find that “leftists” enjoy greater popular support in lower-income, inland regions, compared to wealthier coastal provinces, whereas the opposite is true for “liberals”.

Other findings require more effort to digest: The paper finds a strong correlation between “leftist” beliefs and what it terms “cultural conservatism” – defined as those who support “traditional, Confucian values”, or at least are favourably disposed towards traditional, somewhat “Confucian”, bodies of knowledge. For example, those who agree that “modern Chinese society needs Confucianism”, or that “the… Book of Changes (Zhouyi) can explain many things well”, also tend to believe in maintaining state control over sectors important “to the national economy and people’s livelihoods”.

Taisu Zhang is an Associate Professor at Yale Law School. He received his PhD, JD, and BA from Yale University. He writes in the fields of comparative legal and economic history, property theory, and contemporary Chinese law. His current book project studies the sociocultural origins and economic consequences of land-pawning institutions in early modern China and England.