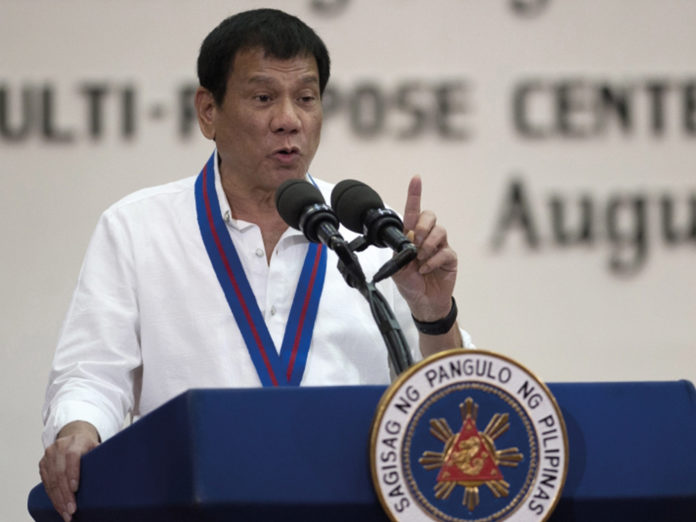 Internationally, Rodrigo Duterte, the new president of the Philippines, has been portrayed as a “dangerous populist”. That’s a gross caricature. In the elections, he leaned on the nationalistic, social-democratic PDP-Laban (lit. Philippine Democratic Party-People’s Power). He is a tough pragmatic realist who focuses on actions and results, not talks and formalities.

After two decades as Mayor of Davao, the country’s second-largest city, Duterte won the elections with a tough stand on crime. He has a track record. When he took over in Davao in the 80s, it was regarded as a dangerous economic backwater. Today, the city is booming and crime is down. Now he would like to “davao” the nation.

True, Duterte’s macho rhetoric tends to blur the substance of his actions. Sheer authority earns his respect. Allegedly molested by a priest as a boy, he has been vocal for the rights of women, and ethnic minorities, including Muslims. He wants to unleash inclusive growth in the Philippines. He supports the US-Philippine alliance, but would lean more toward China and does not believe Washington would honour its defense obligations.

With a pace of a whirlwind, Duterte seeks to transform the Philippines for the better – or perish in the process of doing so.

As international media has focussed on the Philippine drug war, it has ignored the dramatic rejuvenation of the archipelago nation’s economy that Duterte would like to serve more ordinary Filipinos. After election, Davao businessman Carlos G. Dominguez, Duterte’s finance secretary and childhood friend disclosed the new administration’s 10-point economic agenda. The basic idea is to maintain current macroeconomic policies, while instituting progressive tax reform.

Unlike his predecessor, President Benigno Aquino II, Duterte wants to accelerate annual infrastructure spending to account for 7% of GDP, mainly with public-private partnerships. Budget deficit is likely to increase and he has suggested raising the ceiling to 3 percent of GDP. Unlike stagnating advanced economies, the Philippine economy can manage deficits with future growth. To attract foreign investment, Duterte also hopes to relax the economic provisions of the constitution to adjust the foreign ownership cap of local companies to 70%; a task in which the previous Aquino administration failed.

In the past half a decade, manufacturing has accounted for more than half of FDI applications, which is vital to absorb labour growth as rural workers leave for cities, and to diversify economy away from low-skill services.

Duterte supports the US-Philippine alliance, but would lean more toward China and does not believe Washington would honor its defense obligations.

These policies have potential to accelerate modernisation. Unlike his predecessor, Duterte will promote increasing agricultural productivity and rural tourism. Industrialisation has still a long way to go as less than 20% of the population is employed by industry. The urbanisation rate is only 50% and behind Indonesia. Internationally, the growth potential of the economy has been assessed at around 6.5% per annum, the bulk of which comes from services, construction, and manufacturing sectors. The future of IT business services is bright.

Recently, research firm Nielsen found Philippine consumer confidence to be at an all-time high, buoyed by the promise of future reforms. In the second quarter, GDP growth soared on the back of election-year spending to 7.0%, the fastest in Asia. Indeed, structural growth potential of the economy could be closer to 8 percent, if growth would be more inclusive.

Like Brazil a decade ago, Duterte wants growth to improve social protection programs, including the government’s conditional cash transfer program. He is a secular no-nonsense politician dedicated to strengthening the reproductive health law. In a Catholic country, where divorce can be as tricky as in the Vatican, such goals are controversial but hold a great potential for living standards.

Unlike his predecessors, Duterte supports greater decentralisation and autonomy for the south. To him, federalism is the antidote to bureaucratic centralism; a legacy of colonial powers and ruling political dynasties that cultivate corruption and patronage. Moreover, federalism is vital to defuse a long-lasting communist insurgency and Muslim separatism in the south – and the spread of Jihadism in the future.

The starting point is favourable. The Philippine economy has a strong balance sheet and is well positioned to cope with global shocks. An economy of 100 million people is characterised by solid domestic demand, youthful demographics, but low exposure to global trade. Comprising one of the world’s largest Diasporas, 12 million Filipinos live abroad, while their remittances bring in vital foreign exchange.

Like other promising emerging economies, the Philippines has its downside risks. Thanks to its geographical location, large-scale natural disasters can cause major property loss, population displacement and disrupted food supply in storm-prone nation of 7,000 islands. Internationally, an earlier than anticipated Fed rate hike could hurt the Philippine peso. In turn, weaker-than-expected growth in China could harm exports and erode the current account balance.

Born in Europe and spending much of his time in the US and China, Dr. Dan Steinbock is an internationally recognised expert of the nascent multipolar world. He is also Guest Fellow of Shanghai Institutes for International Studies (SIIS) and the commentary is based on his SIIS project on “China and the multipolar world economy.” Dr. Steinbock has lectured widely in China and recently in the Philippines Foreign Service Institute. For more about Dr. Steinbock, see http://www.differencegroup.net/ For more about SIIS, see http://en.siis.org.cn