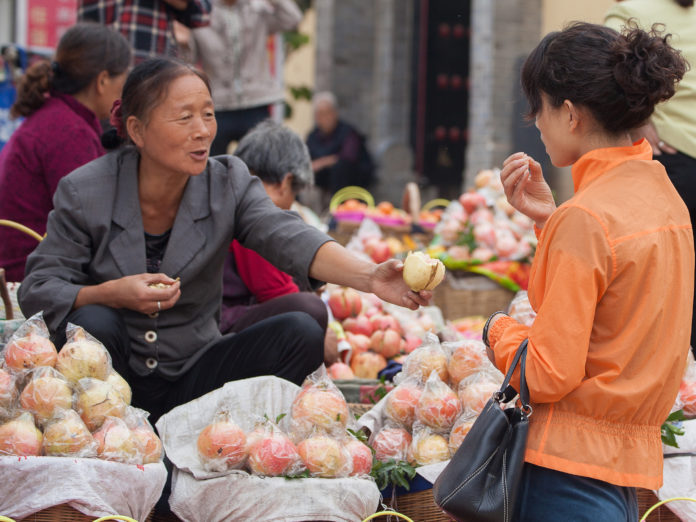 Chinese people spend far more time than the citizens of most countries focused on the simple reality of making and accumulating money, while very much being future minded in doing so. What is driving the shift in priorities?

A version of this article, written by China author Mario Cavolo, was originally published in the May 2014 issue of Shanghai Business Review magazine. Over two years later we find, as expected by the author, a continued strong trend in domestic household consumption and retail sales through 2016. This well serves us all as a reminder that while China’s economy has myriad challenges, a shortage of cash in consumer households is surely not one of them.

Most discussion regarding China’s shadow economy fall into the categories of 1. The shadow banking system and 2. The amount of cash in the hands of the wealthy. Let us examine those sectors briefly while then examining more closely a third factor, what one might regard as far more significant; the rising lower and middle classes who, in fact hold trillions in off the books cash. In considering such a scenario, we are forced to ask two key questions: Is it true? And, how and why does it matter?

Let’s begin with a comparison. According to the world’s top shadow economy researcher and University of Wisconsin Professor Edgar Feige, the United States’ off the books cash economy hovers around $2 trillion. And by “off the books” we mean legitimate products and services paid for in cash and not reported, such as paying a local handyman $60 to fix your faucet problem or a local accountant $100 to help with your finances. Let us also note that the US official GDP to shadow economy ratio is $16 trillion to $2 trillion, or 8:1.

Mario Cavolo is a veteran expat entrepreneur based in Shanghai since 2000 with a highly respected record of accomplishments and services delivered across diverse business sectors ranging from hospitality cruise lines and resorts to events and entertainment to corporate communications & media/PR services. He is a published author of two books and monthly columnist for the Hong Kong Commercial Daily. Mario’s current focus is to deliver expert services to global cruise line and luxury resort brands within the hospitality space. When in Shanghai, he runs his client practice in media/PR communications and management advisory.

Being Prepared for Surprises to Happen: Huawei as a Black Swan?