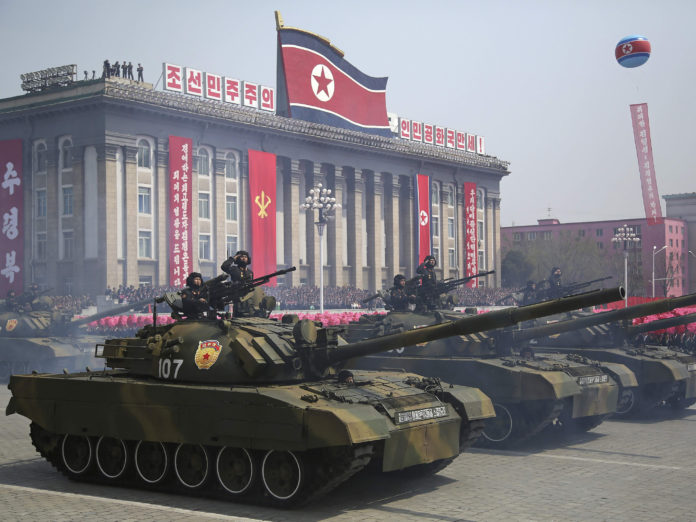 As world peace hangs by a thread, Stephen Lendman tackles the realities behind nuclear political drama involving Washington, its allies, and North Korea.

America wages permanent wars, raping and destroying one nation after another, threatening all sovereign independent countries with regime change. Its agenda is humanity’s greatest threat. The DPRK has just cause for concern about another US launched devastating war on the Korean peninsula. Its nuclear and ballistic missile programmes are for defense, not offense, deterrents to possible US aggression. Without them, the survival of the state is jeopardised.

If Washington recognised its government, normalised relations, and ended decades of hostility, Pyongyang would have no need for powerful weapons.

It’s unclear where Trump stands, saying one thing, then another, while delegating foreign policy to administration hawks, especially warmaking.

Instead, US policymakers since the Truman era have been confrontational with Pyongyang. Hawkish Trump administration generals risk possible nuclear war on the peninsula, madness if launched. New South Korean President Moon Jae-In is amenable to improved relations with Pyongyang, a sensible policy, the only way to defuse tensions.

Stephen Lendman received a BA from Harvard University in 1956. Two years of US Army service followed, then an MBA from the Wharton School at the University of Pennsylvania in 1960. After working seven years as a Marketing Research Analyst, he joined the Lendman Group family business in 1967. He remained there until retiring at year end 1999. Writing on major world and national issues began in summer 2005. His new book as Editor and Contributor is titled “Flashpoint in Ukraine: How the US Drive for Hegemony Risks WW III.” Visit his blog site at sjlendman.blogspot.com

How Debt Differs in China, the US and Japan