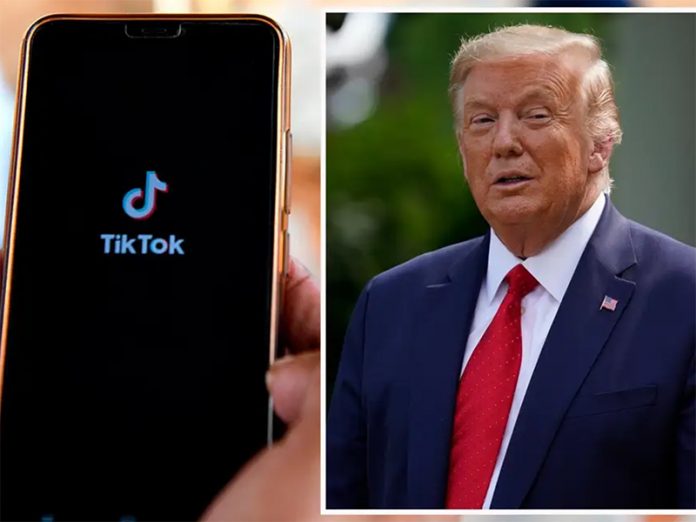 As the US economy is expanding trade wars, which will derail global recovery, the Trump White House is targeting Chinese innovators thus fostering US national champions under the pretext of ‘national security.

In the early 2010s, an aspiring Chinese internet entrepreneur Zhang Yiming launched ByteDance, while developing a video sharing platform. After success in China, he began to internationalize TikTok.

To avoid conflict in national jurisdictions, Zhang had TikTok and its Chinese version Douying run on separate servers. TikTok’s data collection is similar to that of major US social media and certainly less intrusive than Facebook’s.

By August, Douying had over 500 million active users, while TikTok surpassed 1 billion users worldwide in barely four years. To manage the global concern, Zhang hired a Disney executive to head TikTok and oversee its parent ByteDance. Backed by the largest US and Japanese financial giants, the parent was valued at $75 billion; the most valuable startup worldwide.

Recently, President Trump has signed two executive orders banning US “transactions” with TikTok and WeChat, Tencent’s highly popular social media and trendsetting mobile payment app, which has over 1.5 billion active users. In turn, TikTok is moving ahead to sue the Trump administration.

Meanwhile, US Secretary of State Mike Pompeo has offered his new vision for a “clean” internet, presumably in the name of “national security.” As US-based critics quickly warned, Pompeo’s vision is not a plan to “clean” but to techno-ethnically “cleanse” a China-free internet. Similarly, his Indo-Pacific strategy aims at a China-free Asia.

The quest for ‘full-spectrum dominance’

In Kafka’s Trial, the key character is arrested “without having done anything wrong.” Among Chinese corporates, a similar series of nightmares began two years ago with the arrest of Huawei CFO Meng Wanzhou in Canada, on a provisional US extradition request.

The Trump administration has escalated the US-Sino tensions to an unprecedented level, undermining four decades of strategic trust in barely four years. Yet, US tech war against China and pioneer innovators in Europe and Japan is of older origin.

After World War II, US still dominated advanced technology worldwide. But after postwar recovery, Western Europe became competitive. By the 1980s, Japan dominated particularly consumer technology until it was compelled to sign the Plaza Accord that paved the way to its secular stagnation.

In conventional economics, developing economies are seen to trade primary commodities in exchange for developed countries’ manufactured technology. Yet, such trading has not been characteristic of US trade with China. Rather, US trades primary commodities for Chinese technology. Even today, the ‘Phase 2’ trade talks hinge on Beijing’s purchases of US soybeans.

In the name of “national security,” US has enacted a highly restrictive control system that restricts “dual-use technology” exports to China and many other countries. Behind the façade, many non-US CEOs see it as a non-economic instrument to prolong strategic advantages the US no longer enjoys in commercial competition.

In the 21st century, no single nation can any longer control entire technology ecosystems. Yet, that’s the Trump administration’s goal, due to Pentagon’s quest for “full-spectrum dominance.” In that view, the world, particularly new technologies, is seen as a “battlespace,” which must be subject to US dominance.

Until recently, US firms lagged behind international competition in the fifth-generation mobile technology generation (5G), which is a case in point.

Historically, US dominated the analog 1G into the 1980s. With deregulation and liberalization, that edge faded. When internationalization intensified in the digital 2G era by the early ‘90s, Brussels introduced the GSM standard, which fueled the rise of the Swedish Ericsson and Finnish Nokia. Along with Korean challengers, the European leadership prevailed through the 3G digital broadband in the 2000s.

For years, Microsoft had tried to bully and buy the hugely successful Nokia. In 2010, to the Finns’ surprise, an ex-Microsoft executive Stephen Elop, touted by Nokia chairman Jorma Ollila (who also chaired the Anglo-Dutch Shell), was made Nokia’s first non-Finnish director. Elop had a controversial record of restructuring stints. In four years, the “Troian Horse” (as the Finns named him) bankrupted the 150-year old company, which was then sold cheaply to Microsoft.

In the 2010s, the still faster 4G saw the rise of Chinese innovators (e.g., Huawei, Alibaba, Tencent, Xiaomi) and Indian IT service giants (e.g., Tata, Infosys, Winpro). As rivalry began for the internet-pervasive 5G era, US companies no longer dominated the new platform, except for Apple, which had offshored most of its production (and iPhone was too costly for mass use in developing economies). Accordingly, concerns grew in the White House and Pentagon.

The TikTok story in the US is the latest variant of an older story.

In the past, Chinese multinationals, like their European and Japanese precursors, imitated technology leaders in the West. Today, they excel in innovation. Some projected the trend already in the 2000s..

US companies remain competitive internationally, but are no longer the only innovators. Half of US R&D goes to eroding defense contractors relying on cozy supplier networks. As a result, American companies increasingly imitate their foreign counterparts in commercial competition. That’s not a sign of American weakness, but of the rise of new global competitors.

That’s why Microsoft would like to buy TikTok today and how it bought Nokia yesterday. Assets are cheaper when their value is down.

Imitation is the new rule of the game. Take, for instance, Facebook, which has been charged for anticompetitive behavior worldwide. As it has lost its innovation edge, it has cloned US rivals, such as Snapshat (Facebook’s Slingshot), Timehop (“On This Day”); Snapchat’s feature (Instagram Stories); Craigslist (Marketplace); Amazon’s Twitch (Facebook Gaming); Zoom and Houseparty (Messenger Rooms).

Now that Chinese companies and apps have joined global innovation, the old rules of the game are changing, while Facebook’s strategy isn’t. That’s why it just launched Instagram Reels – a TikTok clone.

Clones are seldom as attractive as the original. Imitation is not the real thing. That’s why the Trump White House needs a “national security” argument for technologies that are no longer competitive globally – to provide legitimacy for full-spectrum dominance.

In that quest, the Trump administration is likely to target one major Chinese technology giant after another. At first, the effort is to restrict, marginalize and cleanse these companies away from the US. Next, the administration may focus on these companies’ executives and international suppliers. What may start with courting may end with threats and sanctions. The ultimate goal is full dominance.

Effectively, the administration is thus fostering the rise of US-based “national champions”; that is, corporations that are ostensibly private but sustain dominant position on the back of misguided government policies.

Such policies promote economic nationalism at home and forced global eminence, which will further reinforce protectionism. They do not protect America’s national security but will undermine it. They are non-economic instruments in a doomed effort to cleanse the world from Chinese technology innovators.

Dr. Dan Steinbock is an internationally recognized strategist of the multipolar world and the founder of Difference Group. He has served at the India, China and America Institute (USA), Shanghai Institutes for International Studies (China) and the EU Center (Singapore). For more, see https://www.differencegroup.net/

A version of the commentary was published by China Daily on August 14, 2020