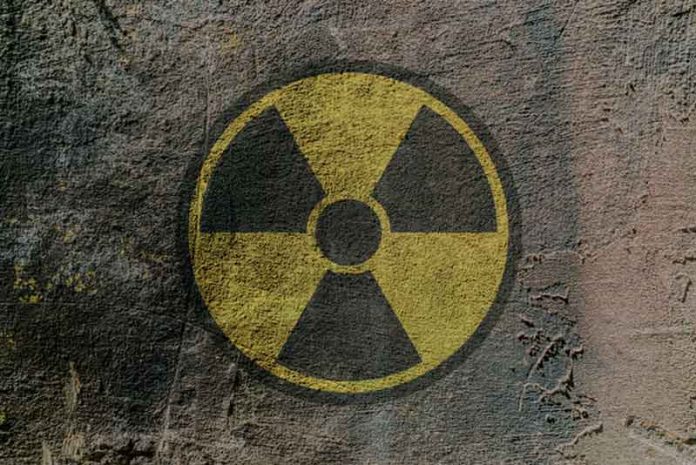 The West has jointly mobilized to impose all-rounded sanctions on Russia, in the way that far exceeded Russian President Vladimir Putin’s expectation in the wake of the war in Ukraine. This has of course, shocked and impacted Russia itself. Putin, in an effort to show that he is in charge of a major power, and one who holds true to his words, ordered Russia’s nuclear deterrence forces to be put on high alert, or as he called it, “special mode”. As a matter of fact, on the very same day when the invasion started, he warned that “whoever tries to stand in our way or create threats for our country … people should know Russia’s response will be immediate and lead you to consequences you have never encountered in your history”. The fact that he has ordered his military to fortify the 6,000-warhead arsenal is tantamount to be a major step towards launching a global thermonuclear war.

Putin’s order, of course, provides a good subject matter for the Western press. This is because, more often than not, we react instinctively and immediately to several specific themes, including death, sex, sin, and doomsday. As nuclear weapons are frequently associated with world-ending catastrophe in popular thought, countless imaginative narratives instantaneously emerged in newspapers, television, and other forms of media around the world, instilling nuclear panic among us, as if nuclear war is at hand.

However, this simply would not happen. This is not “nuclear deterrence” nor even “nuclear intimidation”. It is merely “nuclear propaganda”.

“Nuclear deterrence” means that the enormous power of nuclear weapons is used as a factor to prevent their actual use, i.e., a basis for bargaining. In the actual application of nuclear deterrence, leaders who are well-prepared in their strategy would be less likely to intimidate others with nuclear weapons. It is like a familiar the scene of the boy crying wolf in Aesop’s fable, that when false alarms were sounded for too many times, it would only cause disbelief. What then, if nuclear weapons were actually fired? In reality, the usage of nuclear weapons does not require such an intimidation. Regular and targeted signal monitoring of countries around the world would be sufficient enough to prevent this from happening, including the weapons that were launched accidentally. This has been the case since the beginning of the Cold War to the present day. Therefore, nuclear deterrence is only used occasionally as a strategic tool. Frequent threats with nuclear weapons will only devalue the deterrence to a large extent.

The problem is that even so, we can still see some ignorant state leaders who wield what is known as “nuclear intimidation”.

Nuclear intimidation is not the same as nuclear deterrence. The former is a common practice of rogue states, used by their leaders as a tool to vent their emotions. Yet, these leaders know very well that either the nuclear weapons in their hands are insufficient against their enemies and themselves might be destroyed, as in the case of North Korea, or that their nuclear weapons do possess the capability though at the same time, themselves could be annihilated as well, and such is the case of Russia. This is known as mutual assured destruction, appropriately acronymized as MAD. It should be pointed out that “nuclear equilibrium” is a powerful security mechanism that ensures that the risk is “controllable” if not truly “safe”.

Our current world is in such a state of nuclear equilibrium, so to speak. Among the many nuclear-armed countries, only the number of nuclear weapons possessed by the United States and Russia would be sufficient to cause the simultaneous destruction of both parties. As for other countries with nuclear weapons, they can at most cause partial destructions, and the country that created the first nuclear disaster could very well be destroyed by other countries soon afterwards. Rogue states that often threaten the use of nuclear weapons either have insignificant numbers of them, or there are obvious limits on nuclear equilibrium. The threats of nuclear war posed by these countries are therefore, not real nuclear deterrence at all, but only an irrational intimidation.

As for Putin putting nuclear forces in “special mode”, it is actually not even “nuclear intimidation” but a kind of “nuclear propaganda”. He did this not towards the outside world at all, but it was for the Russian public to see. Hence, it is a form of propaganda. He wants his people to see the power of their leader, so as to maintain his own image. To put it more clearly, he wants to ensure the legitimacy of his political power. What he wishes to project is that, no one else is bolder, stronger, and consequently more capable of defending Russia’s interests than himself. This makes it a kind of propaganda logic targeting the Russians, and this is also what Putin has to do now.

There are two countries particularly fond of emphasizing that they possess nuclear weapons. The first is Russia and the other is North Korea. Russians, from Putin down to ordinary officials, are often seen to clamor the use of nuclear weapons at every turn. North Korea, on the other hand, tends to be even more aggressive in their choices of words when it comes to nuclear weapons, at time calling their use as “sacred war”. These are in reality all meaningless nuclear intimidations and nuclear propagandas.

In this regard, I admire Finland’s attitude towards the Russian threat. In the history of this country, at the cost of 70,000 casualties in the Winter War broke up in 1939, it also caused 320,000 deaths to the Soviet side, almost equivalent to the entire Soviet army. Now because Finland is sending weapons to Ukraine, Russia has launched a “threat program”, intimidating Finland that it would face serious consequences. The Finnish Prime Minister Sanna Marin remains unfazed, and after this the world’s reaction, including those of the United States and United Kingdom, would be similar to that. Putin might be disappointed that his threats are no longer terrifying to others.

That is not to say that nuclear threats do not exist in the world. In terms of nuclear weapons strategy, there is a doctrine known as “escalate to deescalate” or “E2D”. This doctrine says that if a more powerful weapon is unable to be used, a lesser one would be adopted instead. This is just a fringe theory, yet no one can guarantee that the use of nuclear weapons would not intensify in the acts of retaliation. What is theoretical would remain theories, the world’s nuclear equilibrium is still being maintained as for now. Although nuclear weapons have gradually spread to dozens of countries in the world, the often neglected nuclear equilibrium has been the same for decades.

Frankly speaking, we are living under nuclear threat for too long, and it is time to come out of this tyranny. The nuclear scare that envelopes the world has long frightened humankind. There are daily doomsday doses fed to us by the media, and pundits are constantly warning of the arrival of a nuclear apocalypse. This is not the kind of world that we should live in.