By Aglaya Snetkov and Marc Lanteigne

As Russia’s war in Ukraine continues, China’s role has been thrown into sharp relief. Prior to the war, some commentators suggested that China would openly side with Russia or seek to act as a mediator – so far Beijing appears to have resisted doing either.

As Qin Gang, China’s ambassador to the US, wrote recently in the Washington Post, Beijing has nothing to gain from this war, arguing “wielding the baton of sanctions at Chinese companies while seeking China’s support and cooperation simply won’t work”. Ambassador Qin also stressed that Beijing had no prior knowledge of the conflict, rejected any attempts to profit from the crisis and called on all sides to join peace negotiations.

Since Russia began the war in Ukraine, China has declared a de facto policy of neutrality. So far, Chinese foreign minister, Wang Yi, has been at pains to point out “China is not a party to the crisis, nor does it want sanctions to affect China”. The decision to stay neutral reflects Beijing’s precarious position in the conflict. China had previously sought greater alignment with the Putin regime, based on shared antipathy to US and western power, including via a joint statement struck earlier this year, which confirmed a partnership with “no limits” and “no forbidden areas of cooperation”.

Since the Ukraine invasion, Beijing has not explicitly condoned nor condemned Russia’s actions in Ukraine and has hesitated to refer to the crisis as a war. Crucially, it also chose to abstain from both a United Nations Security Council resolution vote  to end the Ukraine crisis and a UN General Assembly vote condemning Moscow’s actions. It has, however, recently described its relationship with Russia as “iron-clad”.

There have been fears that China could use the cover of this crisis to press its territorial claims on Taiwan. But the pervasive international condemnation of the Ukraine invasion, and the mounting list of tactical failures of the Russian military, makes the chances of action by Beijing against Taiwan less likely.

However, China has also been very careful not to make enemies in Europe. Ukraine and much of the former Soviet Union are key components in China’s ongoing Belt-and-Road initiatives to build a massive international infrastructure of trade routes. In his Washington Post article, ambassador Qin explicitly talks about China’s history of trade with Ukraine, as well as with Russia. These moves all clearly signal that China is trying to steer a complex course between Russia and the west.

Beijing is, of course, also mindful of the reputational damage that siding with Moscow would have. While many of the Chinese brands have not pulled out of Russia, unlike their western counterparts, the withdrawal of Chinese-owned TikTok was a sign that Beijing was also keeping an eye on its international reputation.

Western sanctions and rouble volatility mean Chinese firms are not keen to jump into the Russian market to replace departing western companies. This is especially since any foreign assistance to Russia would be swiftly noticed by the international community. But the Chinese leadership has also been critical of US threats to retaliate should Beijing be seen as assisting Russia in evading international sanctions.

Rather than trying to get Beijing to act as a mediator in the conflict, western powers seem most concerned about China offering an economic or military lifeline to Russia. This would undermine the myriad sanctions and punitive measures that the west has put in place against the Putin regime, effectively unplugging Russia from the global economy. 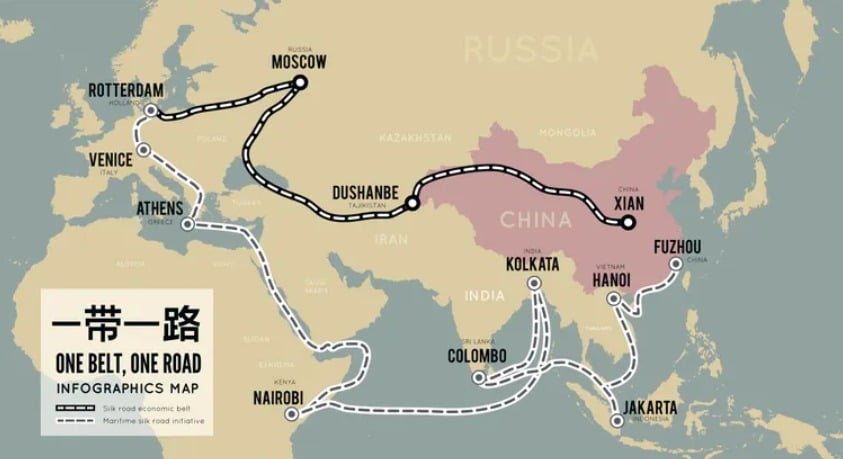 There have been worrying reports, since denied by both governments, that Chinese-Russian logistical and military cooperation was under discussion. This concern was the subject of talks between US and Chinese officials in Rome on March 14. President Xi is not in the best position to face international ire over Russia given China’s slowing economy and ongoing internal battles over rising cases of COVID. There’s also a Chinese Communist Party Congress later this year when Xi is expected to be granted a third term in office, but will face questions about the country’s economic reforms and post-pandemic recovery.

While China’s economy is far more robust than Russia’s, the Xi government is still not able to risk the same global ostracism as Moscow. China’s ambitious economic expansion plans are based on a globalised economy. It is in Chinese interests now to protect that economy from a volatile period exacerbated by the pandemic, supply chain questions and a conflict which is already rattling numerous markets around the world.

This article was originally published in The Conversation on 18 March 2022. It can be accessed here: https://theconversation.com/ukraine-why-china-is-not-yet-bailing-out-russia-179403

Aglaya Snetkov I joined UCL in 2018 as a lecturer in International politics of Russia. Prior to that I was a Senior Researcher at the ETH Zurich, Switzerland between 2010-2019. I hold a PhD from University of Birmingham and have also taught at Universities of Zurich, St Gallen, Leicester, Birmingham and UCLAN.
I regularly provide commentary to a wide variety of media outlets, such as BBC, Bloomberg, ITV News, France24, Voice of America, CBC, CNA.
My research interests revolve around the topics of Russian foreign, security and domestic policy; critical IR and security studies; war and conflict; global and regional governance and international security. Author of Russia’s security policy under Putin (Routledge, 2015).
I am currently Head of Mobility at SSEES and convenor of the Politics and Sociology Seminar Series and editor of the Russian Analytical Digest (RAD).

Marc Lanteigne is an Associate Professor of Political Science at UiT: The Arctic University of Norway, Tromsø, specialising in China, East Asia, and Polar Regional politics and international relations. He has previously taught in Canada, China, New Zealand and the United Kingdom, and has researched throughout the Arctic region, as well as on Antarctic politics and legal issues in Argentina, Australia and NZ. He is the author of Chinese Foreign Policy: An Introduction, co-editor of the Routledge Handbook of Arctic Security, and has written several books and articles about Chinese and Asian politics and foreign policy, including in regards to polar diplomacy. He is chief editor of the Arctic news blog Over the Circle, which has been cited and quoted in international news services including CBC News and Quartz. His current research includes work on the politics of non-Arctic states, including in the Asia-Pacific, within the Arctic policy sphere.