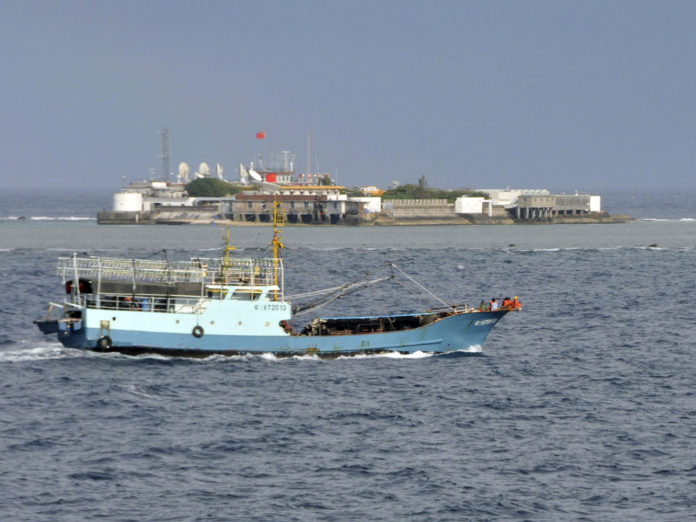 Tensions are rising in the South China Sea with Chinese fishermen being involved in maritime incidents. In this article, the author discusses how rather than the fishing militia policy of the government, the primary factor behind the rising incidents is the ongoing trend of the outward expansion of the China’s marine fishery sector.

Amid rising tensions in the South China Sea, maritime incidents involving Chinese fishermen have increased over the past few years. Some of these incidents have sparked diplomatic and even security tensions between China and its neighbours. Mainstream media and a substantial body of academic literature attribute these fishing incidents and the growing presence of Chinese fishermen in disputed waters – particularly in the South China Sea – to China’s strategic and political motives, arguing that these fishermen are actually maritime militia who are positioned to conduct a “people’s war” at seas in any future conflicts. There is no secret that all the South China Sea claimant parties view their fishermen as important defenders of their respective claims in the disputed waters of the South China Sea. Both China and Vietnam have a long tradition of militia forces, and have taken efforts to expand their maritime militia forces in the past few years. Nonetheless, the maritime militia narrative is overblown for three key reasons.

Second, the maritime militia narrative is overly state-centric, and forgets that fishermen and local governments are individual decision-makers driven by self-interest as much as jingoism. Fishermen are primarily self-motivated economic players, driven by profit. In the case of the South China Sea, the government’s maritime militia policy certainly encourages Chinese fishermen to fish at the frontlines of maritime disputes. Just as large of a consideration, however, are three high-value marine species: giant clam, red coral and sea turtles. These species are generally found in shallow waters close to the disputed features in the South China Sea. Furthermore, the reach of the central state has always been limited in rural areas, particularly in coastal fishing villages. Under the country’s zoning regulations, distant-water fishing and fishing under bilateral agreements with foreign countries are both under the jurisdiction of the central government while offshore fishing and inshore fishing are under the jurisdiction of local governments. This is to say, fishery issues in the South China Sea are under the jurisdictions of Hainan provincial government, which is also interested in ensuring that the lucrative fishing industry continues to benefit the province and its fishing constituents.

Faced with depleted traditional fishing grounds near China’s coast and excess capacity in the fishing industry, Chinese fishermen have ventured into new waters to stay in business.

Third, while it is true that the Chinese government provides fishing fuel and ship construction subsidies to its fishermen, their genesis have little to do with the South China Sea disputes. The fishing fuel subsidy was introduced in 2006 as part of China’s overhaul of an agricultural subsidy aimed at boosting fishermen’s income and an effort to combat illegal fishing by squeezing “black ships” out of the market. The central government subsidy for upgrading and renovation of fishing vessels was introduced in 2012. This was also a nationwide policy and one of the key objectives was to phase out the very damaging bottom trawler, canvas stow-net fishing, and large single-ship light-luring purse-seiners. Furthermore, the special fishing fuel subsidy for fishing in the Spratly Islands was introduced in 1995, long before the South China Sea disputes emerged as a key security issue. The main objective of the subsidy was to cover a portion of fishermen’s excessive fuel costs for long-distance fishing. According to Article 3 (15, 17) of China’s Spratly Island Fishing Regulations, the fishermen are required to keep a reasonable distance away from the islands, reefs, and oil rigs controlled by foreign countries in the disputed areas and refrain from confrontational actions.