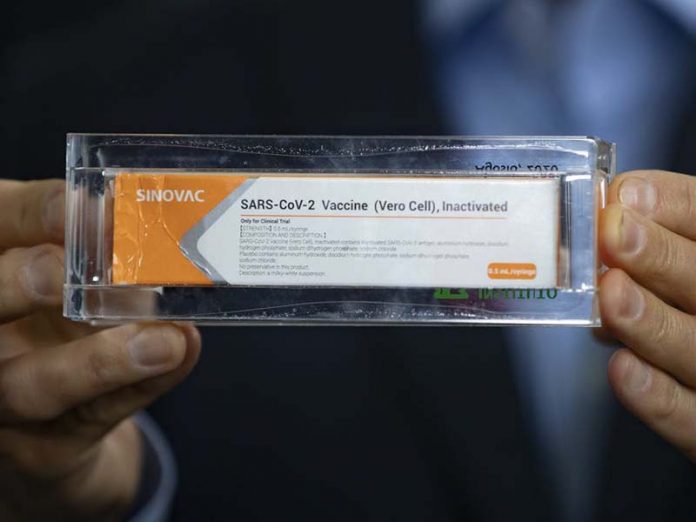 Chinese authorities have already approved multiple COVID vaccines for emergency use in the country, and nearly a million Chinese have already been vaccinated with one candidate.

Several local governments are already placing orders for domestically developed vaccines, though the Chinese government hasn’t confirmed how many people it’s aiming to vaccinate as part of emergency approval.

The first international shipments of the vaccine, by private Chinese company Sinovac, have also already arrived in Indonesia this week in preparation for a mass vaccination campaign ahead of expected local approval.

China is developing at least five COVID vaccines from four producers. These vaccines, which have progressed through development very rapidly, are largely based on traditional vaccine manufacturing techniques such as inactivating the virus.

These methods provide some benefits to the vaccines over others. For example, some of the Chinese-developed vaccines can be stored in regular fridges, making distribution much easier. This is in contrast to Pfizer’s jab, which must be kept at around -70℃.

The results of clinical trials of vaccines developed by Chinese-based companies have for the most part been published in leading international journals. These journals are independently reviewed by members of the global scientific community who provide open and critical analysis before acceptance of the work. They’re also some of the most trusted medical research journals in the world, a testament to the quality of the science being carried out in China.

The emergency approval for use of a number of the vaccines developed in China has come exceptionally early in the clinical trial process. This is likely to have raised concerns that the correct due diligence for safety isn’t being followed. These are, however, exceptional times. It should also be noted the vaccine developed by Pfizer, and granted emergency approval in the United Kingdom, hasn’t yet received full regulatory approval with phase 3 clinical trials set to conclude soon.

The early rollout of these vaccines into the general population should really be viewed as an unofficial extension of phase 3 clinical trials, rather than an ultimate seal of approval. People who have been vaccinated should continue to be monitored for adverse events and lasting immune responses. Any subsequent reports of serious adverse events due to vaccination will halt use of that vaccine, but could also erode confidence in vaccination and vaccine uptake internationally.

So who are the companies developing these vaccines in China, and what do we know about them?

Sinovac Life Sciences is a private Chinese company that focuses on research, development and manufacturing of human and animal vaccines. It has developed and commercialised six vaccines for human use, and one for animals.

The company’s COVID vaccine, called CoronaVac, is an inactivated vaccine. It has recently been shipped to Indonesia. 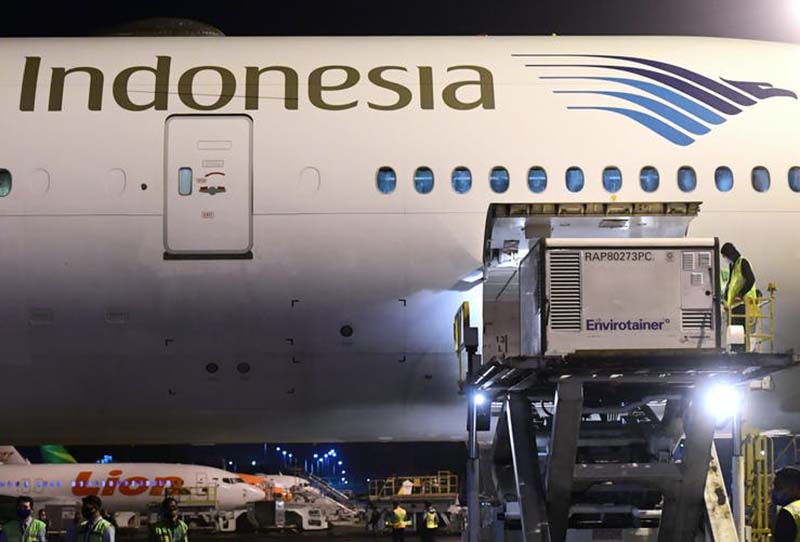 It’s manufactured by growing the COVID virus in laboratories and treating it with a chemical that inactivates it. The chemical locks the virus in a state where it’s unable to replicate, but its structure is maintained, allowing the body to recognise it as foreign and mount an immune response.

It’s also delivered with an adjuvant, an immune stimulant that’s given to improve the protective response.

Having shown a substantial immune response and minimal safety concerns (mostly mild pain at the injection site) in phase 1 and 2 clinical trials, CoronaVac is now in phase 3 clinical trials.

The phase 3 trials have recruited tens of thousands of participants to test vaccine efficacy and safety, and are taking place in Brazil, Indonesia and Turkey.

Brazilian officials claimed in October that the vaccine is safe, amid phase 3 trials.

However, the death of a phase 3 trial participant in October led Brazilian authorities to temporarily halt the Sinovac trial. Although details of the death were unclear, the trial was quickly resumed with the Brazilian institute involved in the trial confirming the participant’s death was unrelated to the vaccine. The outcome of phase 3 trials may be released in a matter of days.

Despite not knowing the results of phase 3 trials, a condition typically required to receive regulatory approval, CoronaVac has been approved for emergency use in China to vaccinate high-risk groups since July 2020.

This emergency approval is likely to have followed positive data from the vaccine’s phase 1 and 2 trials. 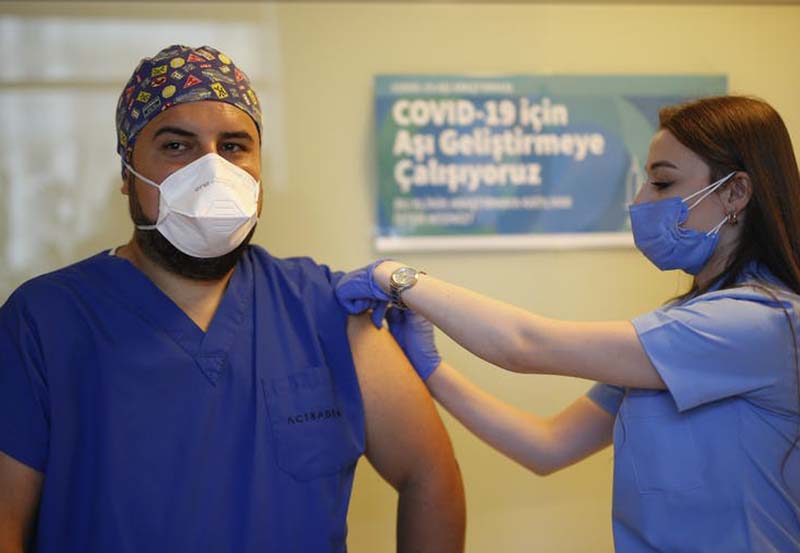 Sinopharm is a state-owned Chinese company that researches, develops and distributes vaccines and other pharmaceuticals. It has produced a number of drugs that’ve been approved by the US Food and Drug Administration, and by EU authorities.

The two COVID-19 vaccines being developed by Sinopharm are both inactivated vaccines. Both follow a similar inactivation process as the Sinovac vaccine, and also use adjuvants to stimulate an immune response.

Both have undergone phase 1 and 2 clinical trials with encouraging results. They produced an effective immune response in participants and reported adverse reactions, including pain at the injection site and fever, were mild and quickly resolved. Certain doses generated SARS-CoV-2 specific antibodies in all phase 1 and 2 trial participants.

Both vaccines are currently in phase 3 trials. Again, despite incomplete clinical trials, both are reported to have been distributed for use by Chinese government officials and health-care workers.

What’s more, the United Arab Emirates, a site of ongoing phase 3 trials, granted emergency use for one of Sinopharm’s vaccines in September, following testing in 31,000 participants.

Despite this unusual early use of the vaccines, phase 3 testing is still required to determine if it’s safe and effective in the long run.

This Chinese company has developed a COVID vaccine based on an adenovirus in partnership with the Chinese Academy of Military Medical Sciences. The adenovirus is unable to cause disease itself, but is used to deliver a coronavirus protein.

Phase 2 clinical trials reported the vaccine to be safe and induce significant immune responses in most participants.

This vaccine was also approved for limited use by the Chinese military in June, around the time of the conclusion of phase 2 trials.

Phase 3 clinical trials, which began in August, are ongoing in countries including Saudi Arabia.

Chinese-based company, Anhui Zhifei Longcom, has developed a protein subunit COVID-19 vaccine. Subunit vaccines use a purified piece of the virus, a protein, to trigger an immune response. It has recently started phase 3 clinical trials. There hasn’t yet been any announcement or published report of the results of phase 1 and 2 trials.

Adam Taylor is an Early Career Research Leader, Emerging Viruses, Inflammation and Therapeutics Group, Menzies Health Institute Queensland, Griffith University. He is a Virologist who studies the cellular and viral mechanisms responsible for virus replication and disease. He has identified novel therapeutics and vaccine candidates for emerging viruses such as Zika and Chikungunya virus.