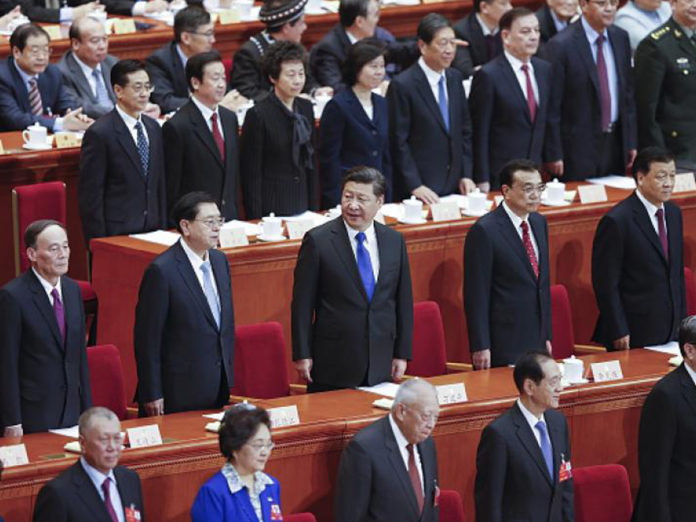 The year 2015 saw the advent of a new global phenomenon: widespread panic about the state of the Chinese economy. This article argues that despite China’s obvious slowdown, forecasts of imminent collapse are almost certainly exaggerated, and the negative thinking that inspires them is in need of correction.

In the wake of the loss of 18 percent of the value of China’s stock market during two weeks in January, it seemed that Western financial experts were lining up to declare economic disaster for not only China, but for the rest of the world as well. George Soros was the most notable of these doomsayers: he declared that China was already in the midst of a crash that was impossible to stop. Ambrose Evans-Pritchard of The Daily Telegraph was another who wrote a series of articles claiming that the end of the Chinese boom was nigh.

Yet six months later nothing much has happened. While it is true that the Chinese economy is slowing, since even the government’s official GDP growth figures are now fading to below 7 percent annually, there seems to be a lack of evidence thus far of the type of massive crash predicted by many pundits.

More interesting than the negative forecasts of many Western experts in themselves is the reasoning and motivations behind them. Are they really based on straightforward rational fear about the state of the global economy and the possibility of a Chinese crash triggering a broader global crisis? Or are there other emotions and reasoning underlying the negativity? Since it is notoriously difficult to predict economic trends, as the sudden and unexpected 2008 global financial crisis proved, is it necessary to focus on long-term negative trends in the Chinese economy as if they are proof of some kind of fundamental flaw? Or do Western pundits need to correct their thinking?

China’s Economy: Not What it Appears

It is not correct to say that there are not inbuilt weaknesses in today’s Chinese economy: there are. These are manifold and well documented. Nevertheless, like the inherent weaknesses in other countries’ economies (for instance Japan’s two decades of stagnation or the massive national debt in the US), the weaknesses of the “China model” do not necessarily mean that China is automatically doomed to collapse.

Take for instance the Chinese stock market. The nature of this beast dictates that its rises and falls should not be taken as seriously as many Western “experts” not versed in the reality of Chinese economics assume.

Anybody who has tracked the Chinese stock market long-term will have noticed that it is almost constantly out of sync with global trends, for instance rising when other markets fall, and falling when others rise. This is because it is neither representative of the wider Chinese economy nor properly linked in to global markets. Most major Chinese companies only have a relatively small proportion of their shares for sale on the open market, often around 20 percent, while the remainder are generally controlled in one way or another by central or local governments. The shares that are for sale are bought and sold by a far larger number of small investors than in stock markets in developed countries, since ordinary Chinese citizens have few other opportunities to invest (or gamble) their money. These factors render the Chinese stock market far closer to a casino than exchanges in Western countries, where a far higher proportion of shares are held by institutions and funds. For these reasons there is less reason to panic than there might appear even if the Shanghai stock exchange registers apparently dramatic losses.

Anybody who has tracked the Chinese stock market long-term will have noticed that it is almost constantly out of sync with global trends.

Experts also point to China’s apparent housing bubble as a sign of imminent collapse. Yet, as Arthur Kroeber points out in his masterful new book entitled China’s Economy: What Everybody Needs to Know, due to the immaturity of the Chinese housing market, which only really came online in the late 1990s, there may not be as much of a bubble as there appears to be. To sum up his analysis, Kroeber, who has worked in business in mainland China for sixteen years and thus has an insider’s view of the workings of the Chinese economy, believes that in view of the large number of potential house buyers who are not yet on the property ladder, demand for housing among Chinese consumers may not yet have peaked.

Kroeber also gives short shrift to those who see Chinese disrespect for intellectual property rights, support for state owned enterprises (SOEs), and a centrally-controlled currency exchange rate as signs of weakness in the economy. He points out that the same strategies were used by the US in the late nineteenth to early twentieth centuries when it was in the midst of its biggest growth phase.

Similarly, China’s large amounts of debt circulating in the domestic economy are a matter of concern, but probably not remotely as terminal as commentators such as Evans-Pritchard believe. Japan and the US also have vast amounts of debt circulating in their economies, but continue to function, although debt is a drag on growth. Although China is at a totally different stage of development, its debt is mostly internal and can therefore be restructured by the government within the domestic system without such severe repercussions as might be assumed. Indeed, China has already successfully restructured the debt of SOEs once before, in the late 1990s to early 2000s; Beijing is now attempting to pull off a similar trick by exchanging ownership of debt by financial institutions for equity in failing companies, thus cleverly killing two birds with one stone.

In short, China’s economy, although admittedly not exactly as robust as the Chinese government would like, is not necessarily as weak as it appears.

Jeremy Garlick lectures on the international relations of China at the Jan Masaryk Centre for International Studies, Faculty of International Relations, at the University of Economics Prague, Czech Republic. He specialises in China-Europe relations, with a particular focus on China-CEE relations, and also on theories of China’s rise. His doctoral thesis explored China’s future through scenarios. He previously spent six years teaching at universities in mainland China and South Korea.

Being Prepared for Surprises to Happen: Huawei as a Black Swan?