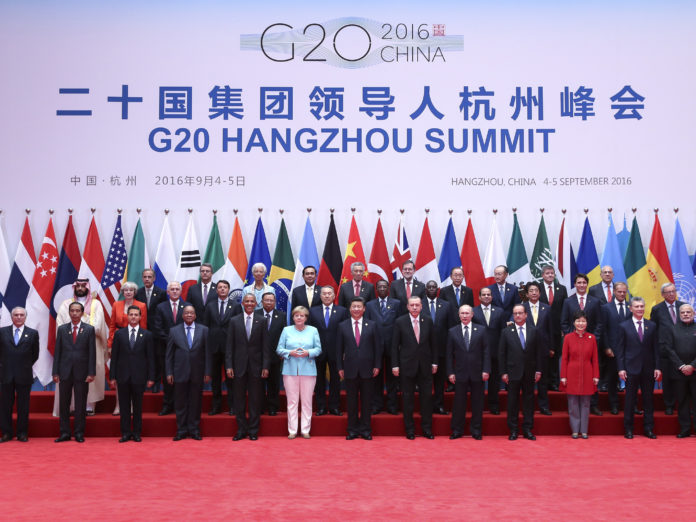 The future of the UN reform and the further institutionalisation of G20 is frustrating the western countries’ approach to global governance. This article discusses how China’s approach in making global governance an inclusive one by building a formal relationship between the UN and G20 will get support from most developing countries.

The G20 Hangzhou Summit has come to a close successfully on September 5, 2016. It gave priority to development for the first time in global macro policy framework, offering the most seats to developing countries than ever before, and has promoted the resolve of global climate change issue. The United Nations (UN) Secretary General Ban Ki-Moon praised these major breakthroughs achieved on Hangzhou Summit. The G20 Hangzhou Summit takes the UN back to the centRE of global governance to some degree.

1. Rise of Global Governance and the Role of the UN in it

The concept of global governance was put forward in the 1990s, and even much earlier according to some scholars. It mainly includes three aspects: politics and security, economy and trade, climate change or environment and energy.

When the concept of global governance rises, there are already many international institutions, including the United Nations system, the Bretton Woods system, its subsidiary bodies such as the World Bank, International Monetary Fund (IMF), World Trade Organization (WTO), as well as the “hidden rules” based on these institutions. But firstly, these existing institutions could not deal with constantly emerging global challenges; secondly, more and more new international actors appeared, not only emerging economies or emerging powers, but also the civil society, non-governmental organisations (NGOs), transnational companies (TNCs), etc. Many scholars believed that the existing international arrangement do not fit the current international realities and cannot meet the requirement of universal human needs for peace, security and development. The existing arrangement could only be called “international governance”, and not global governance. It’s a “thin order”, and not a “thick order” represented by global governance. It is necessary to abandon the old mechanism and establish a new mechanism in order to adapt to the structural adjustment of international powers resulted from the rise of emerging economies, and address global issues through global governance.

In order to fit the international situation, we witnessed the UN begin its reform under the leadership of Boutros Boutros-Ghali. Because the UN is the international organisation with the most universality, representativeness and authority, and it has both United Nations Security Council (UNSC) that address political and security issues and Economic and Social Council, United Nations Conference on Trade and Development (UNCTAD) and United Nations Development Programme (UNDP) that address economic and development issues, many people wish the UN can become the core and base of global governance by putting forward the reform of UNSC, covering civil society, and making other institutions under the direction of the UN. The UN Commission on Global Governance was established in 1992. Until today, we are still talking about the reform of the UN, but there is little definite improvement. In terms of global governance, the UN only plays a convening role, not leading roles in climate change and development fields. In fact, the UN is marginalised in global governance.

Dr. Liu Zongyi is a Senior Fellow at Shanghai Institutes for International Studies (SIIS). His research interests mainly focus on India’s Economy and Foreign Policy, China’s Foreign Policy, BRICS, and G20. He also studied and served as a visiting fellow at DIE (Germany), OECD, CSIS (The US), NIPFP (India), and ISSI (Pakistan).