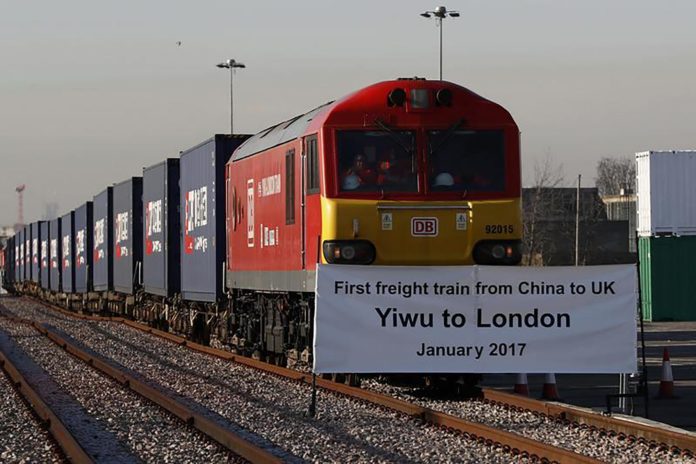 China’s Belt and Road Initiative, also known as “One Belt, One Road” (OBOR), is a grand plan to connect East Asia with Europe, the Middle East and Africa via Central and Southeast Asia by means of infrastructure projects. But what are the chances that this ambitious project can create a new Eurasian economic zone which will produce win-win synergies for the countries involved?

The OBOR initiative, officially launched in autumn 2013 by President Xi Jinping in a pair of speeches a month apart, sets out to connect the Eurasian landmass and East Africa by land and sea. This potentially game-changing project has two crucial nodes, both of which require a huge amount of work on the Chinese part, as well as a great deal of cooperation from the numerous potential partners along the way, if the initiative is to come to fruition.

The first is Central Asia, which lies on the overland route from East Asia to Europe. The countries of this region, which include Kazakhstan, Tajikistan, Uzbekistan, Turkmenistan, Kyrgyzstan and others, are rich in natural resources such as oil and natural gas, but are also geo-strategically and geo-economically vital because of their position at the heart of China’s new “Silk Road Economic Belt” (SREB).

The fact that President Xi chose to announce the advent of SREB while in Kazakhstan is indicative of the importance that Beijing places on Central Asia as the core of its overland route to Central and Eastern Europe.

Traditionally, having formed part of the Soviet Union up to 1991, the Central Asian nations have tended to fall under Russian influence. China has been trying to work out how to incorporate them into its ambitious plans while also maintaining good relations with Russia, primarily by seeking to encourage positive relations by means of the framework provided by the Shanghai Cooperation Organization (SCO). The fact that President Xi chose to announce the advent of SREB while in Kazakhstan is indicative of the importance that Beijing places on Central Asia as the core of its overland route to Central and Eastern Europe (CEE).

In terms of railways, connections to Europe already exist, but these all pass through Russia on their way to Poland, Germany and beyond. Ideally, China would like to develop one or more routes which would bypass Russia (for instance by passing through Central Asia,t Iran and Turkey, although work on such a route has not yet progressed beyond the drawing board), and to build new high-speed rail connections which would speed up transit times and encourage more trade.

Jeremy Garlick lectures on the international relations of China at the Jan Masaryk Centre for International Studies, Faculty of International Relations, at the University of Economics Prague. He specialises in China-Europe relations, with a particular focus on China-CEE relations, and also on theories of China’s rise. His doctoral thesis explored China’s future through scenarios. He has spent six years teaching at universities in mainland China and South Korea.