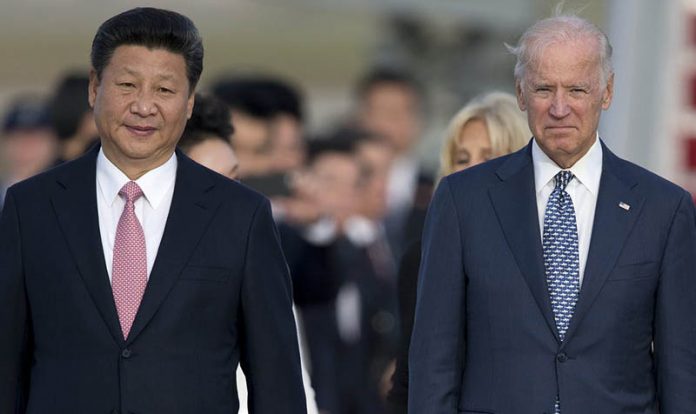 The election of Joe Biden represents not only a repudiation of Donald Trump and his divisiveness, but an embrace of centrism and a mainstream approach to government and policy.

On the global stage, as at home, Biden is likely to follow a familiar script. Most obviously, he will embrace America’s alliances and strengthen its engagement with multilateral institutions. Rhetorically at least, he will give human rights and democracy a much more prominent role in Washington’s approach to the world.

In short, he is likely to pursue a global role much more in line with how the US has acted globally since the end of the Cold War. While it might be tempting to assume Biden will run foreign policy as a continuation of the Obama administration, there will be some points of continuity but also key changes. And some very significant challenges will remain.

Asia, and particularly China, in focus

One area of continuity, with both Obama and Trump, will be the centrality of Asia to US global strategy. This is in part for the same reasons his predecessors made the region a priority: it will be the most consequential part of the world for decades to come. But it is also because stretched US finances will mean the country will be unable to sustain a significant European presence or the kinds of policies it has pursued in the Middle East.

For Obama, the “pivot” to Asia was a choice about where to focus efforts. For Biden, the scarcity of resources will focus the mind on Asia. It will also mean a scaling back of US activity in those other theatres.

The biggest foreign policy question facing Biden will be how to approach the People’s Republic of China. Under Trump, the US moved toward a posture, on paper at any rate, of full-spectrum strategic competition. The 2017 National Security Strategy described China as intent on eroding Washington’s global advantage, and the US would reorient the instruments of national power to contest that effort.

In practice, Trump’s China policy was incoherent and inconsistent. Trump himself pursued a peculiar relationship with Xi Jinping, even allegedly encouraging the herding of millions of Uyghurs into concentration camps.

Biden is unlikely to move US China policy back to its “engage but hedge” setting of previous years – the mood in the US has hardened decisively, and not only because of Trump. However, the way the US competes with China is likely to change and there will be a need for co-operation. Biden won’t wind back the trade conflict significantly and moves to delink the two economies will continue, particularly in high-technology areas.

The US will continue to work to limit China’s ambitions to change Asia’s regional order, but it is likely to try to build on some areas of common interest to improve co-operation. The aim will be to advance their shared goals on that issue but also mitigate against the more damaging consequences of geopolitical competition.

This is most like to occur in relation to climate change. The Biden administration will put a very high premium on this vast threat and to advance that agenda meaningfully will require collaboration with China. So expect a more moderated approach to competition with the PRC but not an end to contestation in the region.

… and North Korea, too

North Korea was the scene of Trump’s most high-profile foreign policy gambit. While nuclear testing has stopped, it is increasingly clear that, in spite of protestations to the contrary from the president’s Twitter account, North Korea has a functional nuclear weapon capability.

Just landed – a long trip, but everybody can now feel much safer than the day I took office. There is no longer a Nuclear Threat from North Korea. Meeting with Kim Jong Un was an interesting and very positive experience. North Korea has great potential for the future!

The US-DPRK relationship, such as it is, has become highly personalised and the move away from Trump raises questions as to whether North Korea will revert to its bombastic past form – it has described Biden as a “rabid dog”. The most likely scenario will be a Biden administration that learns to live with a nuclear North Korea and, in contrast to Trump, works closely with its allies in South Korea to co-ordinate their approach.

The return to normality in Washington will greatly hearten America’s allies. They will no longer be ignored or, in some cases, overtly disparaged by the president. The Biden administration will place a strong emphasis on the role allies play in its foreign policy ambitions. It will value the alliances, rather than debase them, and use the reach they allow and political support they create to drive a more strategic approach to managing China.

But this greater value will not come cost-free. A financially constrained US will expect allies to do more to advance their shared security interests than they have in the past. This will be most evident in Asia, where treaty allies like Australia, Japan and South Korea will be under renewed pressure to play a more expansive, risky and expensive role in the region’s geopolitics. For Australia this will be a challenge in terms of both its capacity and its risk appetite.

A Biden presidency will restore dignity to US leadership and bring a much more integrated approach to managing its global interests. It will also act in stable and predictable ways.

But Biden will inherit an America whose power and credibility are in decline. The global institutions that the US built to stabilise international order and advance its interests are in a parlous state, and not only because of the attacks of the Trump presidency. It faces a global stage with ambitious emerging powers that have shrewdly used the incoherence of the Trump presidency to advance their position.

Biden’s election symbolises a return to orthodox ways in Washington. His instincts, and that of his foreign policy team, will be in line with how the US has approached the world for many decades.

We know the Trump approach has undermined US power and prestige. What remains to be seen is whether Biden’s instincts are the right ones in a dangerous and unstable global environment.

Professor Nick Bisley is the Dean and Head of the School of Humanities and Social Sciences and Professor of International Relations at La Trobe University. Prior to this appointment he was the Executive Director of La Trobe Asia. His research and teaching expertise is in Asia’s international relations, great power politics and Australian foreign and defence policy. Nick is the author of many works on international relations, including Great Powers in the Changing International Order (Lynne Rienner, 2012) and Issues in 21st Century World Politics 3e (Palgrave, 2017), co-edited with Mark Beeson. He is a member of China Matters advisory board.