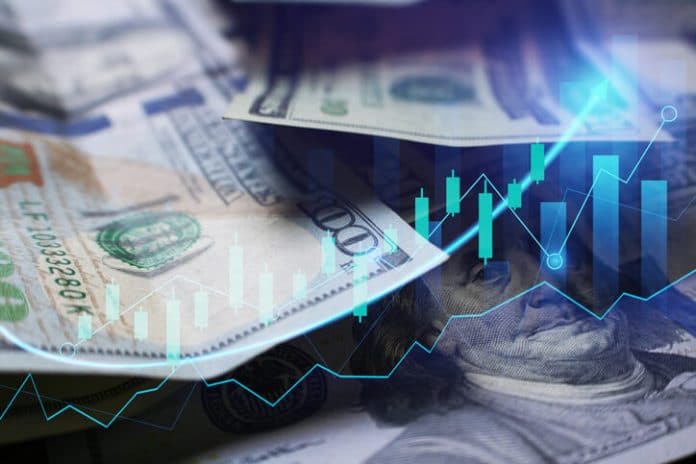 The study of economic growth is mandatory for those who pay attention to the economy, and that is precisely what we at ANBOUND are doing. As early as 2013, we conducted a study on China’s economic growth through information analysis methods. The conclusion is that China’s economic growth cannot continue to grow at a high speed, but will decline in stages. In an ideal scenario, roughly every 10 years, the average level of economic growth will drop by one percentage point. After three decades, its growth will reach 5%, thus forming a consumption-oriented society. The final result is a pyramid-shaped growth trend, therefore this conclusion is christened the “pyramid model”.

This is a study produced approximately a decade ago. Initially, I assumed that as long as the future economic growth level was defined, the Chinese economic community would conduct in-depth research on this basis to resolve other obvious problems, such as inflation, industrial structure and investments, and other development issues. However, I did not anticipate that instead of conducting worthwhile research predictions, the community was concerned with providing journalistic commentaries on events that have already happened. As a result, nothing much has been done. With this in mind, a further discussion on the issue will be deliberated here.

The definition of economic growth rate is part of foundational research. To sum up, our research indicated that China’s growth will be gradually lowered to 5% from the double-digit rate around 2013. This long-term analysis is tantamount to changing the Chinese economic model at that time dominated by the idea of growth-through-investment. Instead, it proposed a kind of “de-growth” model. This result is of course in stark contrast to the optimistic view of China’s economic growth then. The basic view held by a number of renowned economists was that China’s economy could continue to grow at a high speed for “decades”. The conclusion of our research, consequently, did not attract much attention from the business community, media, society, and decision-makers. At most, some of them merely knew a little bit about it.

The problem is that, the “de-growth” of China’s economy has started.

There are multiple possible reasons for that, but by 2022, China’s economy has almost directly entered the stage of setting the growth rate to 5%. Such an economic growth rate curve is quite steep, much steeper than what we originally foresaw in 2013. In fact, it only took 7 years to complete the decline phase that we predicted would take 30 years. This means that China’s economy is in a serious and rapid decline, which clearly shows that it is already in a state of substantial “de-growth”.

What effect will such “de-growth” bring to China? The answer is that China will enter a precarious era of high inflation.

What lies behind is not complicated. It took only 7 years for the country’s economic growth to quickly reach the state where it should really spend 30 years to adjust. This, in turn, will greatly reduce the possibility of benign adjustment and cause severe consequences of an economic downturn. As economic growth represents and reflects the size of the market and income, a rapid decline in economic growth means a relative shrinkage of the market and a decrease in income. Hence, such a scenario can be a frightful one. When costs are almost set and cannot be compressed and lowered, this reduction in income and the shrinking markets will significantly strain the supply side, quickly converging to create unexpected inflationary pressures. To put it simply, the decrease in income results in a relative and absolute increase in commodity prices. On the consumer end, there will be more things and commodities that become unaffordable. As a result, an era of rapid price hike may be imminent.

In an economic era of “de-growth”, it would be hard for businesses to gain profits, and losses would be all too common. Although products could theoretically be sold for higher prices than before, the costs that these businesses have to bear would be higher as well. Facing higher inflation levels, many of them would not be able to maintain their production. With more individuals and businesses unable to cope with the situation, the cycle would repeat itself, causing an even lower economic growth level. When this happens, the market would shrink, and the income lower, while the inflation becomes more serious. When there was economic growth, the 8% inflation rate in the past would still be tolerable. Yet, under the “de-growth” condition, a perhaps mere 5% inflation rate would be disastrous.

We have emphasized in the past that many problems faced by China are due to “speed”, and this is also true for the issues faced by China today. As things stand, essentially such a “de-growth” is caused by “inappropriate speed reduction”.

The question is, what will China’s inflation be in the future?

The answer requires model calculation through economic statistics. I personally estimate from the multiple conditions of the decline in economic growth, that the inflation level of 5% – 8% will be relatively visible, though the level of 10% or more is also possible.

Some might point out that in my book Crisis Triangle, I mentioned that excess production capacity will be driven by excess capital, while investment will mainly lead to inventory and debt, and China will not face inflation problems. Why then, do I argue now that the main issue faced by the country will be inflation?

In actuality, excess capital, excess production capacity, as well as inventory and debt, are all phenomena under the conditions of economic growth. Economic growth provides a potential expansion of scale, driving continued investment. While there are problems with rising inventories and debt, a prosperous supply side can offset inflationary pressures. The current situation is completely different: we are facing the reality of “de-growth”. Although the economy continues to exist, the conditions for growth no longer remain, hence inflation becomes a real possibility.

Economic growth is actually a systematic phenomenon of the social environment. It is not merely about growth rate, nor is it only concerned with numbers and figures. If the rapidly low-speed economic growth continues, China’s economy, both present and future, will experience “de-growth”. In the face of this situation, no means nor approach would bring results, since the underlying logic and economic structure of the society have undergone uncontrollable changes.

We will very well see a different China in the future.

What Trump Can and Cannot Achieve in the Trade War

Ukraine Conflict: The Pros and Cons of China as Global Peace...