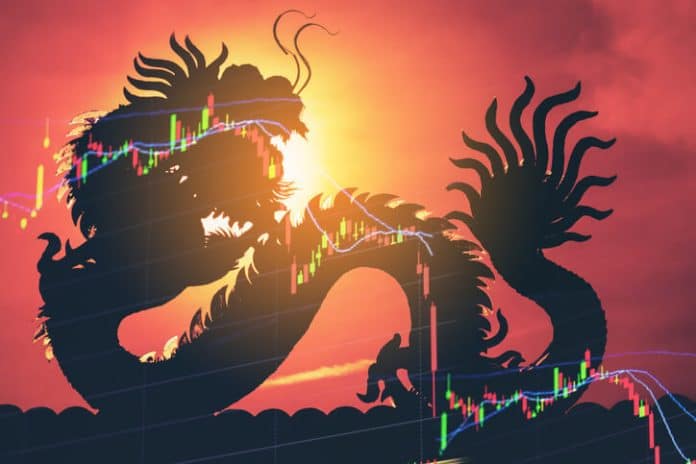 After the Omicron outbreaks in early March, the normalization of the Chinese economy was disrupted, as evidenced by the 2nd quarter data. But May saw an economic rebound, which is likely to strengthen in the third quarter.

In April, analysts in Asia expected China’s real GDP growth to fall from the expected 5 to 5.5 percent range to about 4.8 percent year-on-year during the 1st quarter.

By May, global financial concerns in the West took a far gloomier view. Goldman Sachs cut its China GDP forecast for 2022 to 4 percent declaring that one-third of China property firms could default by the year-end.

What motivates these “doom and gloom” projections?

“Gloom-and-doom” forecasts in the West

Presumably, these analysts believe that China will have to cope with new Covid-19 variants in the second half of the year and that the damage will be as, or more, painful as in the 2nd quarter. Moreover, they argue that China’s output potential is largely exhausted, while secular pressures overshadow the future.

In the long-term, China’s growth will decelerate. All major economies have undergone a similar trajectory. However, it is difficult to reconcile the view that China’s economic potential is plunging, given its strong economic performance until the Omicron resurgence.

In January, too, many analysts issued gloomy expectations on the 4th quarter of 2021 and the 1st quarter of 2022. Yet China topped its 2021 growth (8.1% over the target of “above 6%”), thanks to strong data on trade and investment, and new resiliency. The recovery was supported by the 1st quarter, when GDP grew 4.8 percent year-on-year, much higher than in the last quarter of 2021.

Second, the arguments about China’s “faltering economy” downplay the adverse impact of the external environment – that is, the dire prospects of all major economies – and Washington’s perilous effort to trigger a new “Cold War” against China.

No economy has been immune to the novel coronavirus and its variants, as is evident from the painful economic losses and fatalities in the US and Europe. In China, however, Covid response experts rightly emphasize the focus on “early detection, early reporting, early quarantine and early treatment.”

That’s imperative in the coming months.

Return to growth and normalization

In early May, some Chinese authorities said they expect the impacts of the Omicron infections to be largely limited in the 2nd quarter of the year, while GDP would grow about 2.1 percent. The forecast is predicated on supportive fiscal stimulus, including accelerated infrastructure projects and slashing taxes for businesses. The People’s Bank of China (PBoC), the country’s central bank, has already pledged monetary support, saying it will cut the reserve requirement ratio (RRR) for the first time this year, releasing some $80 billion in long-term liquidity to spur the economy.

If accelerated growth can be achieved, a solid turnaround could be prominent in the 3rd quarter with the second half of the year reflecting broader gains.

Moderate rebound likely began in manufacturing in May. Services activity also appears to have rebounded in May, as evidenced by the private Caixin survey. And the mid-year online shopping bonanza is contributing to consumption recovery, while e-commerce logistics may have rebounded in May.

Despite recent lockdowns and ongoing trade tensions, China’s record and key role in global production underscore “the resilience of its export engine and the pull it continues to exert on manufacturing supply chains,” as S&P recently stated.

Since late May, the real estate market has been improving with rising transaction volumes, as the central bank has lowered mortgage rates for first-time home buyers. During the recent holidays, more than 50 cities boosted promotions to increase local property sales. And Shanghai’s gradual return to normal life and work routines seems to have come half a month earlier than anticipated.

After regulatory tightening of the tech sector, the worst may be over for Chinese stocks. The CSI 300 Index of onshore stocks is up and foreign outflows have turned to inflows; for the first time since March.

Most dangerous international landscape since 1945

In his January address at the World Economic Forum, President Xi Jinping warned: “If major economies slam on the brakes or take a U-turn in their monetary policies, there would be serious negative spillovers. They would present challenges to global economic and financial stability, and developing countries would bear the brunt of it.”

That’s where we are today, after misguided trade wars, the coronavirus depression and lingering pandemic-induced slowdowns. Worse, the Biden administration has missed a historic opportunity for a policy reset, which is reflected by the dramatic plunge of Biden’s approval ratings. And had the Western powers helped to contain the Ukraine-Russia conflict through peaceful diplomacy, the ailing world economy wouldn’t be facing the twin tsunami of energy and commodity crises, which will be further compounded by the global inflation threat – one that could prove challenging in developing Asia.

In the coming months, all major economies will have to cope with unprecedented pressures, particularly in the West. In China, the key issue is to foster and protect the rebound and preempt the effects of new virus variants proactively.

A version of the commentary was published by China Daily on June 13, 2022