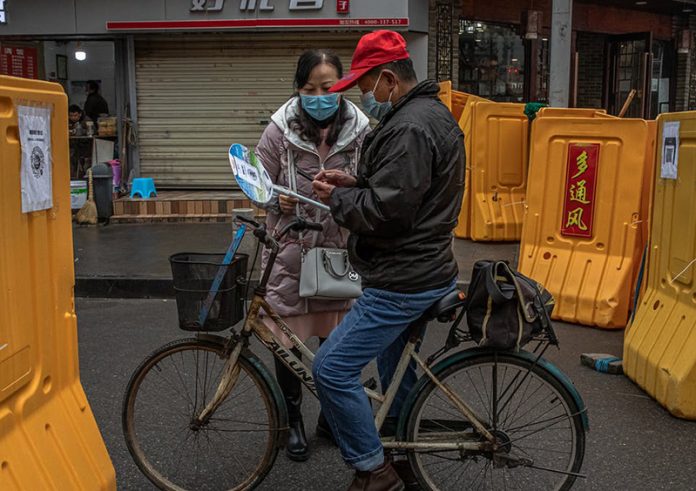 By William Wang and Holly Snape

Pitting authoritarianism against democracy has become common during the pandemic, with the former often being painted as a more effective regime type in handling COVID-19. The Chinese Communist Party’s own narrative promotes a version of this argument, equating China’s success in keeping cases and deaths low with the “superiority” of its political system. This is in spite of successful containment by some democracies.

But arguing that the world should ignore regime type and instead focus on learning from China’s policies is problematic – it depends on the assumption that policies can simply be grafted from one political system into another. Introducing policies from a different type of regime requires adapting those policies to fit the systems they are absorbed into.

China’s lockdowns are an important example. They have succeeded in controlling transmission because they have followed a clear logic, underpinned by the nature and characteristics of their political system. To learn from China’s lockdowns, we need to understand both the logic behind them and the importance of the context in which they took place.

Wuhan’s lockdown began on January 23 2020. At 2am, with no public debate, authorities ordered that at 10am all public transport both inside and going in and out of the city must stop. Then came orders to stop online car-hailing, close the tunnel under the Yangtze (which cuts through the city) and ban motor vehicle use. The city was forced to a halt.

But the logical result of stopping transport was that government itself had to provide alternatives. It ordered districts to supply transport for transferring patients and requisitioned taxis for community use. 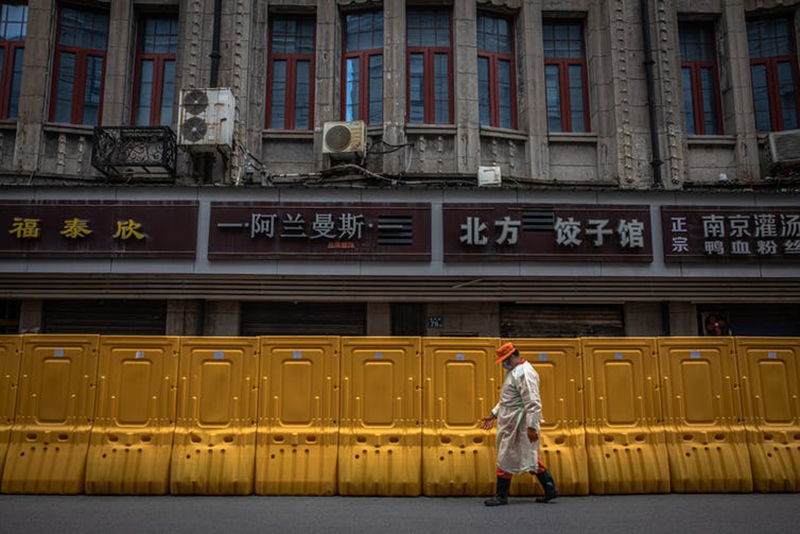 Having stopped movement, the government turned to building hospitals and requisitioning facilities exclusively for COVID-19 patients. It was then able to begin dividing up its population. It stipulated four categories of people to be separated from the rest: confirmed cases, suspected cases, people with symptoms for whom infection couldn’t be ruled out, and contacts. The first subset was sent for treatment, the latter three to centralised isolation facilities.

This was paired with measures to restrict the movement of everyone outside the four categories. Nationwide, to facilitate compliance, the government called on community workers and volunteers to set up 24-hour checkpoints at neighbourhood entrances to register anyone entering or leaving. This formed a two-pronged approach: a collective effort that successfully restricted citizens’ movements, alongside the government casting a wide net to root out and treat or isolate every last person deemed as a transmission risk.

All of this – the unapologetic sweeping categorisation of people, the mass mobilisation, the supplanting of citizen choice with government-supplied alternatives and relocation of people deemed as a transmission risk – drew on the existing core capacities and well-practised methods of the Communist Party and its government. Its logic made sense to a society well acquainted with this system of government.

This same logic is now being applied in very different circumstances in Hebei, a province neighbouring Beijing. Three core elements of that logic are restricting movement, compelling but also enabling compliance, and rooting out anyone viewed as a source of risk.

The Gaocheng district of Shijiazhuang – a city of more than 11 million people which takes in both rural and urban areas – is at the centre of a new outbreak. All people and vehicles there have been banned from leaving. The provincial court has warned that anyone failing to cooperate may be criminally prosecuted. Meanwhile a second city, Nangong – home to half a million people – has notified citizens that leaving home is prohibited and rule breakers will be detained.

While the logic remains the same, isolation policy is evolving: who is isolated – and how they are isolated – has changed. The government is building makeshift mass isolation facilities for anyone who could, conceivably, be infected. Since rural areas lack sufficient facilities such as hotels to requisition, to prevent the virus spreading within villages and individual households, isolation centres are being built from scratch. 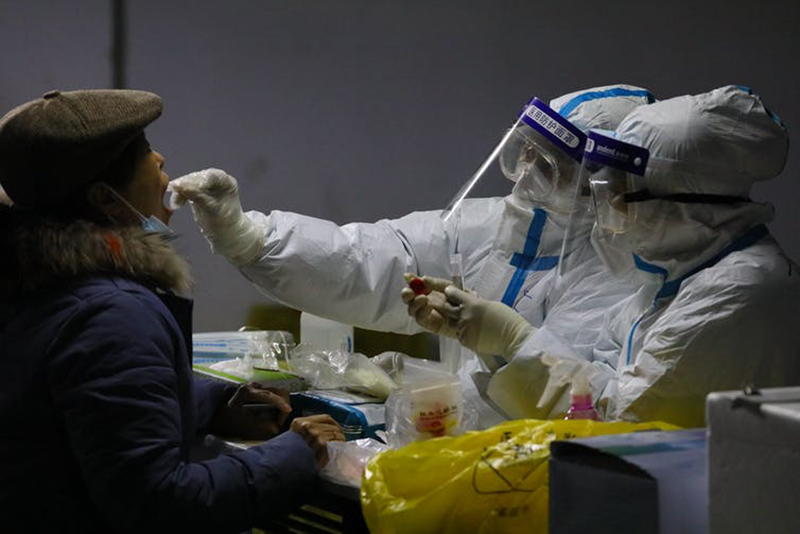 Instead of isolating only contacts, secondary contacts are now isolated too. Shijiazhuang has found 986 new cases, and yet in Gaocheng, authorities ordered 15 entire villages – more than 20,000 people – to relocate into “centralised isolation”.

This applies and stretches the principle of “isolating everyone who must be isolated”, described by an expert from the Chinese Center for Disease Control and Prevention as part of a package central to China’s success. “Everyone” in Gaocheng’s case has meant anyone from a village with at least one case. Only villages with zero cases were allowed to isolate at home.

Authorities have just announced the adoption of this isolation model nationwide. Local governments must make anticipatory plans for requisitioning enough buildings for contacts and secondary contacts. In rural areas, they must prepare to build large-scale isolation facilities.

China’s control methods combine population categorisation, the dynamic capacity to find possible infections, strict compliance, and government coordination of everything from where a person isolates to how they access food. These methods rely overwhelmingly on system-wide mobilisation, with Chinese citizens playing a key role. At the core of China’s response is replacing citizen choice with government command and organisation.

In the UK, however, a premium is placed on public debate along with individual choice and responsibility. For policies to be taken from China, they would have to be adapted to fit this context. If Britons are to be asked (not compelled) to isolate, they must be financially able to do so. At-home isolation must be facilitated by clear, consistent, accessible guidance to help limit the risk of within-household infection. And, if centralised isolation is to be considered, discussion is needed on how to support people to comply.

Reflecting on a year of lockdowns, there may be something to be learned from China. But a good place to start is in recognising that for policies to be successful, they need to follow a coherent logic and fit the political system in which they are being used.

William Wang is a PhD Candidate, School of Social Development and Public Policy, Beijing Normal University. His PhD project at Beijing Normal University examines ‘the power of the expert’ in the context of third-party NGO evaluation. It examines this ‘power’ in the practice of NGO evaluation in the Chinese political and social context and attempts to promote a reflexive theory on evaluation. His research is based on a series of case studies using participant observation as well as analysis of the evolution of Chinese NGO evaluation and service purchasing policy.

He is currently part of a research project hosted by the University of Glasgow called ‘COVID-19: Understanding Chinese government containment measures and their societal impacts’ funded by UKRI/Medical Research Council and the National Institute for Health Research. His role on the project derives from my familiarity with certain elements of the Chinese political system and society based on years of experience–both research and work–for NGOs and government purchased third-party projects. He also have a background in Chinese law, which is useful in navigating the authorities’ policy and discourse. As part of the team, He have been systematically collecting and analysing Party and government policy documents to examine the Chinese response to Covid-19.

Holly Snape joined the School of Social and Political Sciences as a British Academy Postdoctoral Fellow in January 2020. Her main research project at the School attempts to understand the relationship between the Chinese Communist Party and the government.

Before coming to the University of Glasgow, She worked in Beijing at the School of Government, Peking University. Within the School, She was based at the Research Center for Chinese Politics, where she studied Chinese political discourse and its role in the political system.

She received my PhD from the University of Bristol, and spent several years during my doctoral studies based at, or working with scholars from, Tsinghua University’s NGO Research Center. With the NGO Research Center as a base, She was able to be both actively involved in the Center’s research and to undertake my own research at different types of grassroots NGOs working on issues such as migrant worker rights, HIV/AIDS, and environmental protection. She continue to be interested in “civil society” under the PRC’s one-party system, but more recently have come to realise the need to bring that system’s “party” into any examination of the state-society relationship.