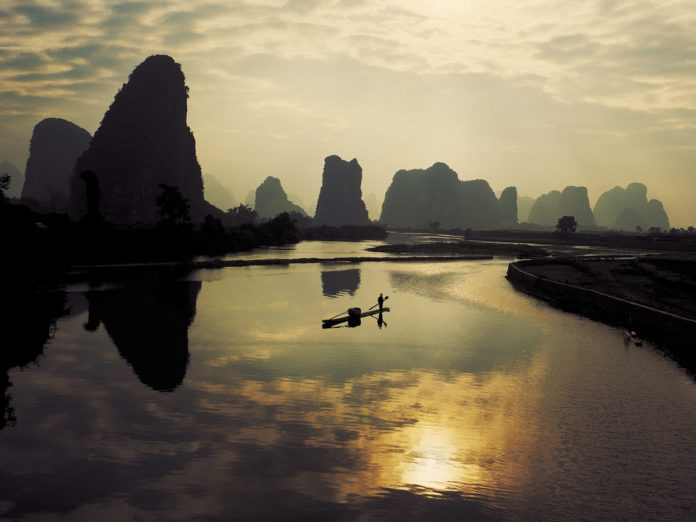 Given the sheer size of China, its development has the ability to impact the world. With its rapid growth, China is often put under the international spotlight. However, China is very different from many countries in terms of its cultural traditions, social system, development path, and value systems. These differences sometimes lead to doubts about China in many quarters, which are neatly captured by the question: Where is China headed?

Indeed, international symposiums often focus on “China at a crossroads.” Many foreigners want to know the answers to the following questions: Will China pursue hegemony? Will it export instability? Will it collapse? But few have asked: Does China seek peaceful and friendly relations with the international community? As China continues to rise, some people will continue to portray China as a threat. International forces hostile to China will amplify this narrative to check and contain China.

In the face of searching questions, Chinese officials often quote ancient classics: the Chinese people “value peace” and “seek common ground while respecting differences.” But this is not convincing enough. Foreigners will retort: How can teachings that are 2,500 years old adequately address concerns about today’s China? I would admit that these foreign critics have a point. Of course Chinese people can take pride in the glorious culture created by our ancestors, but we cannot use it to shield ourselves from uncomfortable questions.

As China continues to rise, some people will continue to portray China as a threat. International forces hostile to China will amplify this narrative to check and contain China.

We have to tackle the international community’s concerns about China head-on, and explain why the Chinese system has its merits, where the country is headed, and why China is not a threat to others. Rather than quoting ancient classics, we need to bring them up to date and define the core meaning of contemporary Chinese culture. In other words, we need to give a concise, easy-to-understand answer. The best answer, in my view, is the concept of “He (和)” (peace / harmony). It is important that we discover the historical connotations of this word and expound on its current meanings in light of China’s modern history and the process of reform and opening.

In the modern period, China – poor, weak and using a language that was not widely spoken elsewhere – has had little cultural impact on the world. When Renaissance ideas were spread around the world by European colonialists, the philosophical precepts of ancient China were largely kept within the Middle Kingdom. Today, this sorry situation persists. The “core socialist values” that China has embraced include Western ideas of “democracy” and “freedom.” In contrast, China has yet to produce any value that has gained international acceptance.

The “Chinese Dream” is not just about economic and military prowess; it is also about cultural revival and contribution to the world. Survey the Chinese cultural landscape, and the word “He” stands out as the most promising. A simple word with rich meanings, it stresses the opposite of “confrontation” or “difference” that often characterizes Western thinking. It is the best idea that China can offer the world, one that will provide a fresh perspective for resolving many of the difficult issues confronting the world today. If we can do a good job of explaining it, the idea stands a good chance of gaining international currency.

Conveying the messages of “peace,” “harmony,” “reconciliation,” “amity,” “preference for peaceful settlement,” “respect for differences,” “harmony is the universal path that all should pursue,” etc., “He” is held as the highest ideal for handling relations between states, between individuals, and between man and nature.

Since there is no single word in any Western language that corresponds fully to it, to avoid any simplification and misunderstanding, it may be best to introduce the original idea, not its various translations, to the world. And since a single syllable may not leave a lasting impression, it may be best to present it in the form of “Hehism.” Of course, just the word itself is not enough. There is a lot of explaining to do to make the idea stick in the Western mind.

Just one reminder: When presenting the idea of “He”, we should avoid polemics. The Chinese nation has an open mind and embraces all that is good in the world. There is no need to pit the idea of “He” against “democracy” and “freedom.” If we do it properly, the world will come to see China not just as a large and important country, but also one worthy of respect and admiration.

The article was first published in the China & US Focus website. http://www.chinausfocus.com/political-social-development/hehism-is-what-china-can-offer-the-world/

Mr. Zhao Qizheng is currently Dean of the School of Journalism of Renmin University of China and Binhai Development Institute of Nankai University. His past positions include Vice Mayor of Shanghai, Minister of the State Council Information Office of China, and Chairman of the Foreign Affairs Committee of the 11th Chinese People’s Political Consultative Conference.