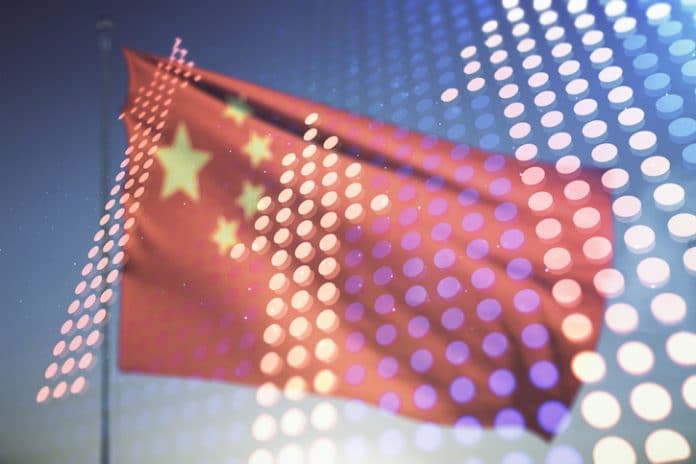 I have been associated with Chinese Science now for almost 50 years, and during this period I have sent thousands of students from Pakistan to China for PhD level training when I was Chairman HEC. I have also been involved in the establishment of joint Centers on Traditional Chinese Medicine, Hybrid Rice Seed Production and Virology at the University of Karachi, and more recently in the establishment of new universities in Haripur, Islamabad and Sialkot in collaboration with many leading Chinese Universities. My contributions have been widely recognised in China resulting in my being conferred the Friendship Award by the President of China, the Einstein Professorship by the Chinese Academy of Sciences, election as Academician Chinese Academy of Sciences, and the highest scientific award of China, the the “International Science and Technology Cooperation Award” on  10th January 2019, at a huge ceremony held in the Great People’s Hall in Beijing which was presided over by President Xi Jinping himself.

Lessons to be Learned from China: The Path to Socio-Economic Development

The “Miracle of China” has many lessons to offer to the developing world. The key lesson is to understand the diminishing role of natural resources in the process of socio-economic development and the growing importance of transitioning to a technology-driven knowledge economy with the primary focus on the ability of a country to manufacture and export high technology value-added goods.

Since 1978, China has recorded a truly remarkable average real annual growth rate of 8 to 11% of its GDP. This became possible through the Chinese government placing the highest importance on quality education, science, technology, innovation and entrepreneurship.  China started its huge investments in manpower development in late 1970s and now sends about 600,000 of its brightest men and women each year for training its manpower at PhD and postdoctoral level in advanced technologies to top foreign universities.

A ‘Central Committee of the Chinese Communist Party Concerning the Reform of the Science and Technology Management System’ was established in 1985 in China to integrate university and research institute R&D with industrial activity. The Chinese Academy of Sciences, a public-sector institute, established a large number of spin-off enterprises in the 1990s supported by the Torch Program which led to a huge increase in Chinese exports of engineering goods and other items. In 1995, there was the ‘Decision on Accelerating Scientific and Technology Progress’ which emphasized the improvement of ‘‘indigenous technology capability’’. This was followed in 1999 by the ‘Decision on Strengthening Technological Innovation and Developing High-Technology and Realizing Industrialization’. As a result of the 1999 decision, the State Council of China offered : (a) tax breaks to private enterprises investing in R&D; (b) tax exemption for all income derived from the transfer or development of new technologies; (c) a reduced six percent value-added tax rate for software products developed and produced in China; (d) complete VAT exemption and subsidised credit for high-tech exports, and (e) the listing of new high-technology companies on the Shanghai and Shenzhen stock exchanges. These steps laid the foundations for the subsequent Five Year Plans, in which the government continued to emphasise the improvement of R&D capabilities and the development of its indigenous technology, directed at building an innovation-based knowledge economy by nurturing indigenous innovation capability; developing an enterprise-centred technology innovation system and promoting the innovation capabilities of Chinese institutions.

Higher education in China is one of the largest local educational sectors in the world. By September 2021, there were over 3,000 colleges and universities, with over 40 million students enrolled in the mainland. The Chinese system awards Bachelors, Masters and Doctoral degrees, as well as non-degree programs. It is also open to foreign students.

The Ministry of Education of the People’s Republic of China (MOE) is the government authority for all matters pertaining to education and language. The MOE notes that higher education in China has played a significant part in economic growth, scientific progress and social development in the country and this is done by bringing advanced skills and talents up to par with international standards that drive modernization.

Since 2016, Chinese Researchers have published more than 2 million research articles (second only to the USA), with nearly 11 times as many citations. It is clear that the country is a powerhouse in terms of global research output and there are no signs of stopping. Today China has severalfold more patents than the USA and also has a higher R&D expenditure than the USA.

A Mega Science Journal Focused on Science in China

In order to promote Chinese research to the world, I have also initiated an exciting new mega-science journal, Current Chinese Science in 2021 that features 39 multidisciplinary sections covering a wide range of natural and formal sciences. The journal aims to inform readers around the world about credible and impactful research being performed there. As Editor-in-Chief of the journal, I am joined by Dr. Ferid Murad – a Nobel Laureate in physiology and medicine – who serves as a Senior Advisor.

Current Chinese Science is supervised by one of the largest editorial boards of eminent scientists with over 1000 scientists, many of whom are affiliated with the Chinese Academy of Sciences (CAS). Several CAS members serve as honorary advisory members including Dr. Zhisheng An (Institute of Earth Environment, Beijing), Dr. Chunli Bai (Tsinghua University, Beijing) and Dr. Shuxing Chen (Fudan University, Shanghai). This promises to become the largest single scientific journal of the world. Its Editorial Board is likely to grow to more than 3000 eminent scientists over the next few years.

Current Chinese Science is now in its second year of publication and plans to expand its list of sections to include more cutting-edge fields of research that will showcase the progress being made by Chinese scholars in scientific innovation and discovery. The review board is committed to expediting the peer-review process with diligence and speed, allowing scientists to share their work as quickly as possible in a relevant time frame. It is my sincere wish that scholars from all over the world will benefit through the knowledge shared in Current Chinese Science to advance scientific research. China is one of the leading countries in terms of scientific research. Through Current Chinese Science, researchers around the world will be able to keep pace with the latest scientific developments in the region.

The lesson that other countries need to learn from China is that their real wealth does not lie in gold, oil or mineral resources but in the quality of the human capital that they possess. It is only by unleashing the creative potential of their youth through massive investments in education, science, engineering and especially the new and emerging technologies that rapid, sustainable and equitable socio-economic development is possible.

Prof. Atta-ur-Rahman obtained his Ph.D. in organic chemistry from Kings College, University of Cambridge (1968). He has 1235 international publications in several fields of organic chemistry including 771 research publications, 45 international patents, 70 chapters in books and, 349 books published largely by major U.S. and European presses. He is the Editor-in-Chief of several European Chemistry journals including Current Medicinal Chemistry (Bentham Science). He is the Editor of the world’s leading encyclopedic series of volumes on natural products “Studies in Natural Product Chemistry” 68 volumes of which have been published by Elsevier Science Publishers under his Editorship‎ during the last two decades. Eighty-three students have completed their Ph.D. degrees under his supervision.