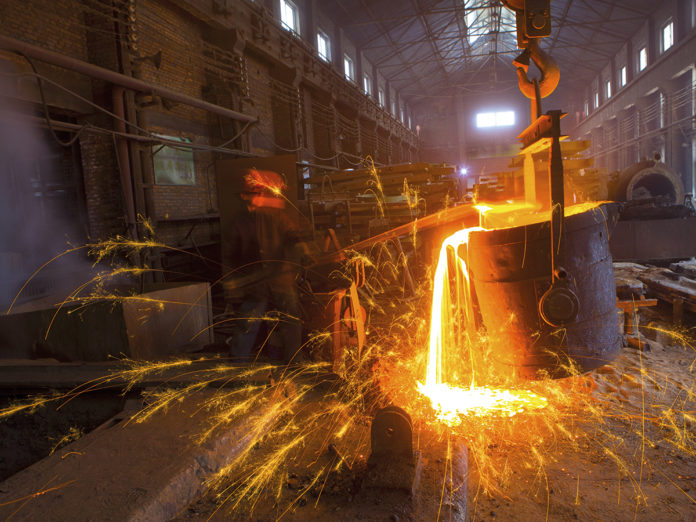 This book looks at China’s technological catch up strategy in four of its energy intensive industries—aluminum, cement, steel, and paper—saved 3.5 billion metric tons of CO2 over business as usual. Without these changes, China’s CO2 emissions would have been 45% higher in 2010 and global CO2 emissions would have been 9% higher. While each of these industries is now on a much lower CO2 emissions trajectory, capping and reducing emissions will require continued modernization, a slowing of growth in the demand for the output of these industries, and adoption of known, but as yet, commercially unproven new technologies.

What are the impacts on energy efficiency and CO2 emissions of high speed technological catch up in China’s energy intensive industries? My co-author Michael Toman (World Bank Development Research Group) and I answer this question through World Bank supported research published in China’s Technological Catch-Up Strategy: Industrial Development, Energy Efficiency, and CO2 Emissions (Oxford University Press, 2015). We focus on the process innovations and technological changes that have occurred over the past 30 years in four of China’s more energy intensive industries—aluminum, cement, iron and steel and pulp and paper. Together these industries account for 60% of China’s CO2 emissions from industry and nearly 40% of total CO2 emissions from fossil fuels.

How did the enterprises in these industries achieve such remarkable reductions in energy and CO2 intensities? To answer this question we undertook several detailed enterprise level case studies of the impact of high-speed technological learning and technological catch-up on energy efficiency and CO2 emissions. We also developed detailed estimates of the energy and CO2 saved by numerous micro-process changes and large scale technological changes in the four industries. Using our access to several unique enterprise level datasets, we demonstrated that own-enterprise investments in technological learning had a powerful impact on energy efficiency.

On the eve of the economic reforms that began in the early 1980s, China’s enterprises in the four energy intensive industries we studied were mostly small, technologically backward, very polluting, and by international standards very energy inefficient. Yet over the next 30 years enterprises in these industries were substantially modernized. To take but one example, the Luzhong Cement Co, LTD in Shandong Province, a medium sized cement enterprise that we studied, invested heavily in building its technological capabilities in investment evaluation, production management, and in developing linkage capabilities to technology suppliers and leading enterprises in China’s cement industry. As a consequence, Luzhong was able to upgrade its technological capabilities as it phased out its antiquated small scale pit cement kilns, introduced small scale labor intensive vertical shaft cement kilns and then mechanized and upgraded them, while eventually using its linkage capabilities to install a larger-scale rotary cement kiln. All the while, Luzhong was able to lower its energy intensity to that equivalent to state of the art rotary kilns while maintaining an energy efficiency advantage over its competitors who operated mechanical vertical shaft kilns. We found similar stories for Sinoma International, a large engineering and capital goods provider in cement; Baosteel, one of China’s premier iron and steel enterprises; and Yueyang Paper, a large technologically sophisticated pulp and paper manufacturer.

Our statistical work showed that the major drivers of improvements in energy efficiency for industrial enterprises have been increases in the relative price of energy, as one would expect; but also the enterprises’ own investments in general technological learning. Energy efficiency also was higher for larger-scale enterprises, another indication of the importance of technology upgrading for reducing energy intensity. Taken together, the enterprise case studies and our econometric work confirmed that technological learning and upgrading matters.

We paired our enterprise case studies and econometric work with detailed industry wide studies to identify the numerous micro-process interventions and large scale technology changes used by enterprises in each industry to save energy and reduce CO2 emissions. The industry-wide CO2 savings we identified in each industry came from a wide-ranging set of interventions. There was no simple silver bullet; technology learning and upgrading was a long and sometimes painful process.

The major drivers of improvements in energy efficiency for industrial enterprises have been increases in the relative price of energy.

Similar developments are visible in China’s pulp and paper and aluminum industries. After a large scale technological transformation in China’s pulp and paper industry, the CO2 intensity of production declined by nearly 60% between 1985 and 2008, the last year for which we have data. This resulted in CO2 savings of about 170 million metric tons in 2008. Nearly all of the savings came from closing small scale outdated facilities and materials substitution, most particularly using recycled paper rather than wood or other raw materials to make paper.

The technological transformation in China’s aluminum industry resulted in equally large CO2 savings. In the industry as a whole, the CO2 intensity of aluminum production declined by 50% from 25.0 metric tons of CO2 per metric ton of aluminum in 1980 to 12.6 metric tons of CO2 per metric ton of aluminum in 2010. This saved 194 million metric tons of CO2 over business as usual. Over 60% of total CO2 savings came from technological upgrading of primary aluminum production, especially the closing of facilities using older Soderberg in-situ cells and shifting to more modern and technologically advanced 160 kA pre-baked and 350 kA pre-baked cells. The rest came from a shift in technology used to make alumina—particularly a shift from the energy intensive Sinter process to the less energy intensive Bayer-Sinter and Bayer processes.

Nevertheless, the large scale of China’s urban and industrial growth meant major increases in output in these industries, leading to significant increases in total CO2 emissions despite rapid declines in CO2 intensities. This shows that even very large increases in energy efficiency attending industry-based high speed technological catch up strategies are not sufficient to reduce CO2 emissions in a rapidly growing economy.

While much has been accomplished to date in the enterprises and industries we studied, capping and reducing CO2 emissions from these industries would require a number of challenging steps.

Finally, our comparative work on the cement industries in China and Indonesia was quite revealing. Unlike China, virtually all of the cement enterprises in Indonesia use large, modern, state of the art rotary kilns. Following Indonesia’s currency and debt crisis, many of the Indonesian firms in the cement industry were bought out at fire sale prices by the OECD cement multinationals that dominate this globalized industry. This combination should have led energy efficiency in Indonesia’s cement industry to be substantially better than that in China. Yet, it was not. The energy and CO2 intensity of cement production in Indonesia were rising while both were falling in China. By 2010 the CO2 intensity of cement in Indonesia was higher than it was in China. These differences reflect the fact that the OECD cement multinationals who bought the Indonesian cement companies have also bought the oligopolistic protection that went with it—including energy subsidies. So unlike, China which has a vibrant technological catch up strategy for this industry, Indonesia continues to protect incumbents in its cement industry. What this means is that simply opening an economy to trade and foreign direct investment is not sufficient to guarantee that local firms will become more competitive, if there are not also institutions and incentives that encourage domestic enterprises to invest in the long path of building their technological capabilities.

While much has been accomplished to date in the enterprises and industries we studied, capping and reducing CO2 emissions from these industries would require a number of challenging steps. Those include continued technological modernization of the rest of the medium and large-scale enterprises in these industries, and closing remaining small and backward enterprises; and a continuing search for more energy efficient ways to meet the demand for that output. None of these is likely to be particularly easy to do. Attempts to create a small number of technologically sophisticated national champion enterprises that can save large amounts of energy and dominate in each of these industries have not been entirely successful. Even where successful, there is good reason to worry about the economic costs associated with the effects of this strategy on competition and allocation of capital. Moreover, given China’s highly fragmented industrial structure and its highly decentralized industrial governance system, it should not be surprising that the central government has not been entirely successful in “letting go the small” in efforts to close small scale, energy inefficient, and polluting facilities in these industries. This may put more of the burden for reducing energy use and CO2 in these industries on efforts to commercialize novel but, as yet, commercially untested technologies such as the making of cement by capturing CO2 emissions from cement manufacture and mixing it with seawater.[1] While the latter may be difficult to accomplish, China’s experience in reducing both energy and CO2 intensities in a wide range of industries helps prepare it for addressing future challenges.

Extracted from China’s Technological Catch-Up Strategy Industrial Development, Energy Efficiency, and CO2 Emissions by Michael T. Rock and Michael Toman, published by Oxford University Press USA, £35.99. Copyright 2015. Used by permission, all rights reserved. No part of this extract may be reproduced or printed without permission in writing from the publisher.

Michael T. Rock is the Samuel and Etta Wexler Professor of Economic History at Bryn Mawr College. Rock’s research focuses on East and Southeast Asia where he writes about the environment and economic development, industrial policy and development, and democracy and economic growth. He is currently working on a book titled Dictators, Democrats and Development in Southeast Asia. His research has been funded by Resources for the Future, the World Bank, and the Ministry of the Economy, Trade and Industry in Japan, the U.S. National Science Foundation, the MacArthur Foundation, the Asian Development Bank, and the United Nations Industrial Development Organization. He has taught economics and lived in Thailand and Vietnam.