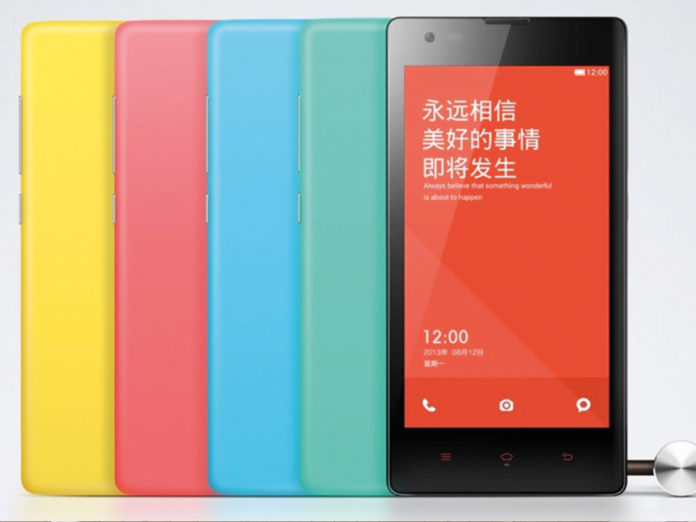 How will the spread of new types of Android OEM change Google’s control of Android? With so many new smartphone companies appearing, the author argues that the similarities between the smartphone business and the PC business may be disappearing.

‘If you have nothing to tell us, but that on the banks of the Oxus and the Jaxartes, one barbarian has been succeeded by another barbarian, in what respect do you benefit the public?’ – Voltaire

The Android smartphone business can feel like it’s a rerun of the PC business, but compressed into 5 years instead of 20 or 30. The component layer is mostly a commodity, especially below the high end, and so is the operating system layer, and manufacturers are stuck in the middle, all of them using the same basic components and the same software (Windows for PCs, Android for phones), and so unable to differentiate on much beyond price. The result is a race to the bottom with distribution, marketing and manufacturing scale the bases of competition.

Today, Samsung’s dominance of Android (with close to half of unit sales) appears to have peaked and a wave of companies appear to be able to use the entire Shenzhen manufacturing cluster or ecosystem to achieve many of the benefits of scale without having vast factories themselves. We see this in Chinese companies such as Xiaomi, OnePlus or Gionee, and also in local companies around the world that are having their phones made in China and basing their business on branding and distribution –­ some examples are Micromax in India, Cherry in the Philippines, Blu in Latin America or Wiko in France, which claims over 10% market share. Many of these are simply picking standard models from the big contractors in China and adding a brand – hence one big OEM told me “when those guys say they designed it, they mean they went to Foxconn and asked for models 4, 23 and 39”. It’s not clear quite how big you can get on this model, nor how like the PC clone business (i.e. eventually consolidated) it will end up. Equally importantly, it’s far from clear how global these companies will be, but that may not matter.

In this environment, just as in the PC business, some companies and some business models do better than others, but that doesn’t necessarily matter to anyone else further up the stack. Gateway 2000 disappeared and Dell prospered, but that didn’t much matter to PC buyers, let alone software developers or anyone on the web. Equally, Samsung rose to dominance and now slips, Lenovo buys Motorola and invests in mobile, HTC faltered and Sony goes sideways and Chinese OEMs are rising, but the phones keep coming.

(This issue is also one of the problems with the Mobile World Congress in Barcelona 2015, from which I’ve just returned. When I started going to this conference, in 2000, operators and handset makers drove the agenda for the whole consumer experience and the show was the place to see that, but today that agenda is driven at Google IO, Apple’s WWDC and, perhaps, Facebook’s F8.)

PC OEMs mostly failed to differentiate in design, and this has also been true of the Android market (and especially of the biggest OEMs), but the Chinese appear to be learning design, and quickly.

So these companies, Xiaomi included, are interesting to people who are interested in the handset business, then, but why do they matter to anyone else? Xiaomi sold 75m phones last year, yes, but isn’t it just another OEM with a new branding and distribution model, and its rise relative to Samsung, say, no more interesting to anyone not in the handset business than the rise of Dell relative to IBM’s PC division was? And it’s mostly in China, for now – isn’t it just one ‘barbarian’ defeating another in a far away place?

Well, up to a point. Though it’s certainly possible to get over-excited about Xiaomi, this sort of dismissal misses several important threads worth pulling on.

First, PC OEMs mostly failed to differentiate in design, and this has also been true of the Android market (and especially of the biggest OEMs), but the Chinese appear to be learning design, and quickly. Xiaomi, Gionee and several other companies are making phones that are visually appealing, using materials and finishes to differentiate from the run of black plastic rectangles that predominate in Android below the high-end (there are several consultancies composed of former Nokia people serving this market). A couple of these phones look superficially similar to Apple products – most do not. They’re nice-looking, interesting, and half the price. (Interestingly, the way this has played out in China so far is that Samsung’s share has fallen fast but Apple’s has grown: they’re selling to different customers.)

Second, PC OEMs never managed to create any meaningful differentiation in software, and neither again did the Android OEMs, but Xiaomi has, and so have some of its imitators. The difference is that unlike most previous OEM attempts at software, they are not trying to compete with the whole internet. Instead of relying on vertical point solutions (photo editing and music services etc., though it does have some of these too), Xiaomi builds a thin horizontal layer between the commodity AOSP OS and third party applications. It has rebuilt the Android front-end – the whole UI from the launcher and notification panel down to the preference panels – to make it simpler and cleaner, changing the experience of using Android. This sometimes looks superficially rather similar to iOS 7, but this is a little misleading, which is hard to get from screenshots: a big part of the uniqueness is the animation. A Xiaomi phone feels very different from an iPhone or ‘stock’ Android phone, across the whole experience.

In addition, Xiaomi has packaged together a suite of integrated OS-level services that remix what Google and Apple provide in a similarly integrated way. In this it is of course helped by the fact that those Google services are mostly unavailable inside China and Apple’s require you to spend 2-3x more on a phone. People tend to talk a lot about Xiaomi’s services as a way to sell the phones at lower prices, but we know from various leaks that the revenue from these is actually immaterial, at least for now – the point again is the experience that they give.

It’s a common reflex in the USA to call Xiaomi and similar companies copycats, on both a hardware and software level, and there’s certainly a lot of design inspiration going on, but dismissing these phones as rip-offs is rather lazy. When you actually hold them and use them you would never mistake them for iPhones, any more than you’d mistake a $500 coat or bag for the $2,000 example that sometimes inspires the colour or trim. You can sometimes see where it came from, but it’s not the same, nor is it trying to be. Rather, they deliver a similar approach to the user experience at a lower price in a way that’s often been absent from Android so far (it’s hard not to look at some of Nokia’s beautiful Lumia devices and wonder what impact they might have had on Apple if they’d run Android).

Xiaomi has rebuilt the Android front-end – the whole UI from the launcher and notification panel down to the preference panels – to make it simpler and cleaner, changing the experience of using Android.

The result of this is that we now appear to have at least a couple of Chinese companies doing what was supposed not to be possible – low-margin companies using commodity components and a commodity OS, yet achieving differentiation in design, software and services. Looking at China always challenges one’s assumptions about what’s inevitable in technology. Hardware companies doing good software and UI? Commodity box-shifters learning design? How far might that spread?

Finally, this shift in what handsets might look like also has a broader implication: the spread of new types of Android OEM might change Google’s control of Android.

Historically, Google’s lock on Android outside China has therefore been based on three things:

These new trends place all of those in question. The growth of smaller operators pursuing different models, with no existing base of sales and hence nothing to fear from a Google ban, may mean more experiments with forks. Xiaomi and its imitators point to a new potential model to differentiate (and note that Xiaomi is not a fork), and Cyanogen (an a16z portfolio company) offers the tools to do it. Smaller OEMs are less powerful than Samsung as a counterpart to Google, but also harder collectively to impose upon – Google can’t shout at them all. This isn’t to say that I necessarily expect there to be lots of local attempts at the Kindle Fire, but we may start seeing a lot less uniformity in how Android comes to market, and what it looks like.

The article was first published http://ben-evans.com/benedictevans/2015/1/18/why-do-we-care-about-xiaomi and is reprinted with permission.

Benedict Evans is the Partner at Andreessen Horowitz (‘a16z’), a venture capital firm in Silicon Valley that invests in software companies. He writes about what’s going on and what will happen next in mobile and consumer technology. His blog is http://ben-evans.com/

COVID: China Is Developing Its Own mRNA Vaccine – And It’s Showing Early Promise