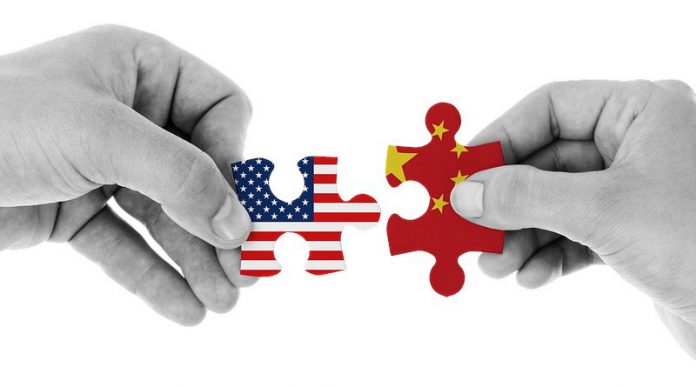 In the 1st quarter of the ongoing year, China’s GDP rose to a record 18.3% year-on-year. Despite the base effect, due to the pandemic plunge a year ago, the performance reflects strong momentum. In April, China’s economy continued to boom, with strong exports and rising business confidence supporting the recovery.

U.S. economic growth accelerated in the 1st quarter, thanks to a rush of consumer spending. The GDP expanded at a 6.4% annualized rate; the second-largest since 2003. But it missed the estimates by 0.3 percent. Moreover, it was fueled by two rounds of huge stimulus payments, ultra-low interest rates and historical debt-taking.

In normal and rational times, the Chinese and US performance would fuel a strong global recovery. But in our divided, not-so-rational world, the combined strength of the world’s largest economies is no longer an assurance of solid global expansion.

In 2017, global recovery was just around the corner, too. Then, the Trump administration’s trade wars undermined those hopes, which, in turn, derailed global expansion, well before the record coronavirus contraction.

In 2021, the same policy mistakes could penalize global economic prospects. Except that this time, the net outcome would be far, far worse.

As long as the Biden-Blinken approach to international trade will look like a replica of the Trump-Pompeo tariff war, neither US recovery nor global recovery are likely to prove sustained. Over time, trade wars will undermine both.

In that dark path, there is a historical precedent. After the 1929 contraction, the US Tariff Act of 1930, known as the Smoot–Hawley Tariff, paved the way to protectionist trade. The consequent tariffs were the second highest in US history.

The objective of the Smoot-Hawley was to protect American workers and jobs, while boosting U.S. economy. The actual results turned out to be precisely the reverse. After President Hoover had signed the Act, US trading partners enacted their tariffs in retaliation, thereby reducing US exports and imports by almost 70 percent.

Today, the Smoot-Hawley Act is widely seen as the trigger that fed into and worsened the Great Depression. It prolonged the lingering contraction, thereby paving the way to World War II.

From the standpoint of U.S.-Sino trade, the relative magnitudes today are similar, with close to 70% tariffs. But in the interdependent world economy, the stakes are far higher and more global (Figure 1).

Figure 1: US tariff wars and the dark legacies of Smoot-Hawley 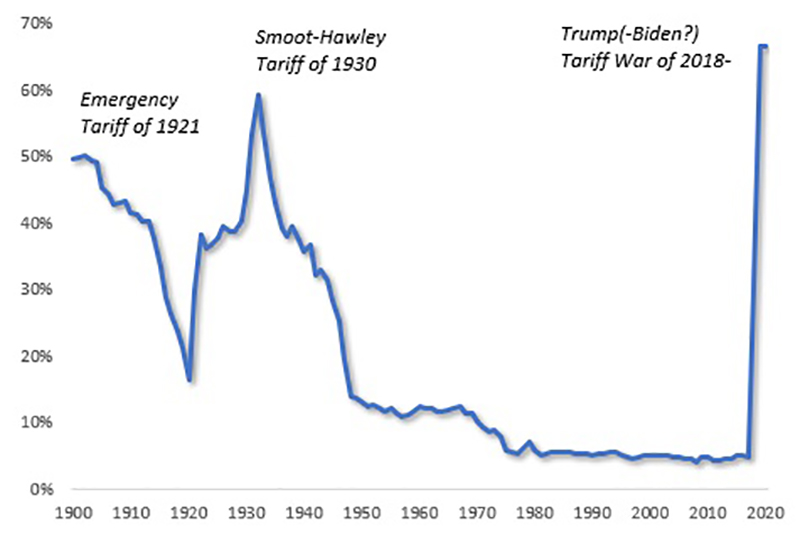 The damage of the Trump tariffs undermined global recovery in 2018-20, which made the world economy more vulnerable prior to the global pandemic and the massive coronavirus contraction, which proved worse than the Great Depression.

In a benign scenario, the net effect of further escalation could translate to missed opportunities in global investment, trade, and finance. A malignant scenario would ensure a plunge in all three. That, in turn, has potential to derail the fragile global post-pandemic recovery even further, prolong its adverse impact and extend the lost years, even lost decade in poorer economies.

In normal and rational times, China’s rise would make its economy the world’s largest in the late 2020s, which would strongly support global recovery. But in our divided, not-so-rational world, a series of major initiatives by the Obama, Trump and now Biden administration, so it seems, seek to slow or derail those economic prospects (Figure 2).

In the early 2010s, the Obama administration initiated its geopolitical “pivot to Asia” stressing primarily military and rearmament prospects. Next, it launched the Trans-Pacific Partnership (TPP) and the Indo-Pacific alliance, with the former excluding China and the latter seeking to contain its rise. Exclusionary policies suggest that the purpose is not to discuss, debate and resolve trade disagreements, but to compound dissension, disputation and division.

The Trump administration escalated these policy mistakes by defining China as a “military adversary,” while launching the ill-advised tariff wars. Meanwhile xenophobic rhetoric accelerated into its violent anti-Asian manifestations.

In its first 100 days, the Biden administration, it seems, has been building on the past mistakes seeking to “multilateralize” Trump’s anti-China campaigns. The ultimate goal seems to be an effort to use the US-led Indo-Pacific alliance to undermine China regionally, while leaning to Europe to expand that objective internationally.

The net effect is to destabilize China’s economy so that its size would not surpass that of the United States in the next few years. That’s why trade wars play an instrumental role in this dark vision. The protectionist instinct, as Adam Posen, the president of the Peterson Institute for International Economics recently warned, is accompanied by “America’s self-defeating retreat.”

Assuming progressive normalization and relative international stability, China’s growth is likely to exceed 6.5% and it has potential up to 8-9% growth in 2021, with likely deceleration to 6% in 2022.

Any effort to undermine China’s economic growth will effectively penalize not just China, but US recovery and global economic prospects. One way or another, the implications will reverberate worldwide.

Nonetheless, the dark legacies of the Smoot-Hawley and its horrible aftermath should caution all policy excesses in the foreseeable future. Prosperity cannot be built without stability. And stability cannot be achieved without peace.