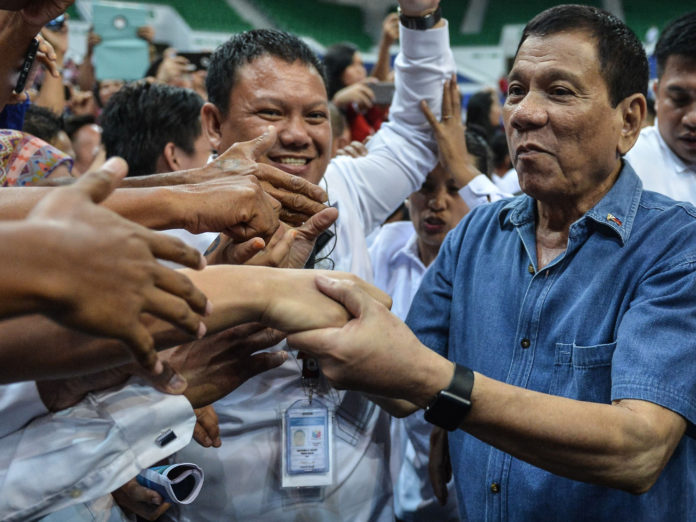 In just over 100 days into his presidency, Philippine President Rodrigo Duterte has talked a lot about his foreign policy. The “Duterte phenomenon” runs against US strategy, doesn’t conform to the American mindset and makes the US feel hurt. The Philippines could develop relations with any countries, and China will remain supportive if their relations are normal.

Philippine President Rodrigo Duterte, just over 100 days into his presidency, has talked a lot about his foreign policy. Most of his talk has involved Philippine-US relations, and were critical of the United States. More recently, Duterte vowed to put an end to joint maritime patrols and military exercises with the US in the South China Sea, and to get rid of Philippines’ over-dependence on its alliance with the US. He disapproves of confrontation with China and supports a soft landing or peaceful solutions to the thorny disputes between the two countries, and stands ready to form “trade alliances” with China and Russia. Chinese and foreign media all had extensive coverage about Duterte’s remarks.

In reporting those remarks, US and Japanese media clearly tried to portray Duterte as a political figure who is not reliable, talking tactlessly, acting like an unguided missile, and as big-mouthed as US Republican presidential candidate Donald Trump. Such descriptions of Duterte, if not evil-intended, are at least misunderstandings about or disrespect for the president.

In fact, Duterte knows well what he is talking about, and is generally recognised as a “guided missile” with a set direction. He apparently is a patriot who always gives top priority to the national interest. His diplomatic strategy is also clearly-defined: He pursues an independent foreign policy, he does not hate the US but dislikes US attempts to meddle into internal affairs or to tell the Philippines what to do, and he is not willing to act like a puppet for the US. On the China-Philippine relationship, he doesn’t want confrontation, hopes to have a “soft landing” (engaging in direct talks and settling disputes peacefully), and wants to develop friendly and cooperative relations with China. He has launched a war on drugs and vowed to solve the serious drug problem in the Philippines. He is a man of responsibility.

Wang Yusheng is the Executive Director at China Foundation for International Studies.