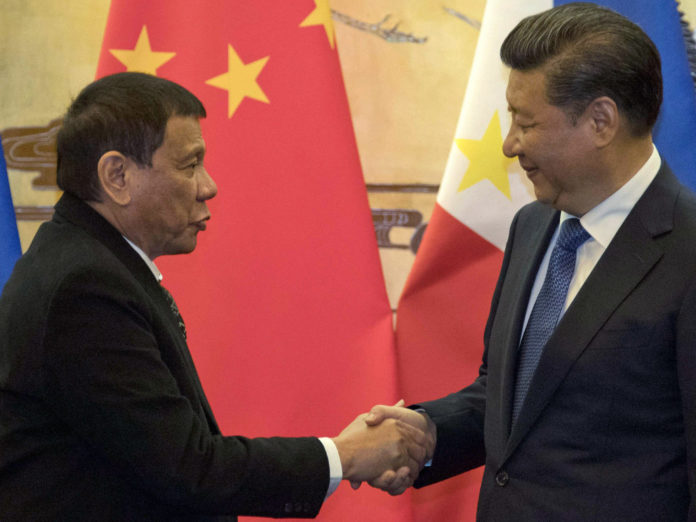 Rodrigo Duterte, Philippine president, embarks on his state visit to China on Tuesday. Duterte has fully preheated this visit, which can be seen from his itinerary. As early as the East Asia Summit at the beginning of September, Duterte received an invitation from Japanese Prime Minister Shinzo Abe. However, he later decided to visit China before visiting Japan, which made China the first country Duterte will visit outside the ASEAN1 countries, reflecting his emphasis on Sino-Philippine relations.

On October 7, Philippine Defense Minister Delfin Lorenzana confirmed that the Philippines had “suspended” joint patrol with US in the South China Sea, showing the Duterte government’s respect for China’s security interests. Through these well-meaning signals, Duterte has prepared a gift for China. Besides, he also has many expectations for China.

Philippine policymakers and international affairs observers have realised that the South China Sea arbitration2 has put the Philippines in an awkward position. One of the historical experiences of the ASEAN countries is that if they want to maximise the autonomy of their foreign policy and their national interests, they must balance the interests of the big powers. However, the arbitration results could have tied the Philippines to the chariot of US-Japan alliance.

Of all the issues linked to the South China Sea, fishing rights provoke most of the Philippines’ concerns.

More importantly, the results of the partial arbitration aggravated the nationalist sentiment of the Philippine public and greatly restricted the Duterte government’s room to maneuver in foreign policy. Although Duterte has repeatedly expressed his willingness to engage in bilateral negotiations with China over the South China Sea issue, his government has taken a vague position on whether bilateral negotiations should be conducted within the framework of the arbitration results due to domestic pressure.

Of all the issues linked to the South China Sea, fishing rights provoke most of the Philippines’ concerns.

Zha Wen is a lecturer in the Institute of International Relations, China Foreign Affairs University.