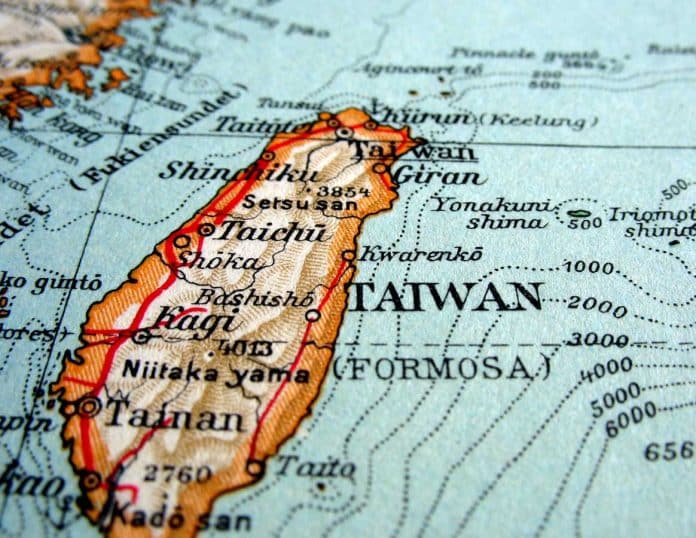 The recent visit by the speaker of the US House of Representatives to Taiwan, Nancy Pelosi, was made against the wishes of the US government and despite threats from the People’s Republic of China. Following Pelosi’s visit, China launched the largest military exercises ever held so close to the island of Taiwan, which simulated, according to the People’s Liberation Army, an “island attack campaign” in the actual airspace and waters where such an attack would begin.

Despite insisting that the exercises would end on August 7, the drills are reportedly continuing. So is a barrage of Chinese propaganda designed to undermine morale in Taiwan and increase pressure on Washington over the question of Chinese sovereignty over the island, which Beijing has claimed since the communist takeover in 1949.

The US government has maintained the core elements of its policy towards Taiwan, including “strategic ambiguity”. This is the doctrine which maintains that the US will help build Taiwan’s military capabilities, but provides no guarantees to provide direct military support in response to a military attack by China. But over the past decade Washington has increased its emphasis towards support for Taiwan in response to what it perceives to be increasingly assertive Chinese actions.

The US has taken a range of measures to deepen the unofficial ties between Washington and Taipei. These include the Taiwan Travel Act (2018) that enables informal exchanges between US and Taiwanese officials and the 2019 Taiwan Assurance Act which has enabled multiple arms sale packages.

The Biden administration has continued to maintain high-profile support for Taiwan by continuing military arms sales and training, enhancing official exchanges and seeking to include Taiwan in the Japan-US “Two+Two” security agreement.

In May 2022 the US president, Joe Biden, said the US would defend Taiwan if it was attacked, a statement which appeared to be in violation of “strategic ambiguity”. The administration soon walked back Biden’s statements and reaffirmed that US policy in respect to the security of Taiwan had not changed.

Despite its policy of strengthening US-Taiwan relations, the Biden administration did not support Pelosi’s trip to Taipei because of the potential for escalating tension with Beijing. The Pelosi trip drew a mixed response in the US press. Some prominent commentators considered the trip unwise as it unnecessarily raised tension in a complex strategic relationship at a time when the US had to deal with the Ukraine invasion crisis.

But the fear that China’s military exercises could lead to a military confrontation between China and USA seems misplaced. Both sides have strong interests in avoiding this outcome.

Instead China’s actions appear to aim to send a powerful signal to the US government to reverse what they see as a Washington’s “hollowing out” of agreed policies towards Taiwan. At the same time this display of China’s military might also be designed to demonstrate Xi’s strength to a domestic audience as he works to be appointed to a third presidential term at the 20th party congress later this year.

While the Biden administration rebuked China for its disproportionate actions, the China extended its military exercises further as a “warning to the United States”. It has also suspended cooperation with the US on a range of issues, including on climate change, making it clear that the signals it is sending are not primarily targeted at Taipei but at Washington.

In the longer term, it is unlikely that the Biden administration will depart from its “one-China” policy. But the concept of “strategic ambiguity” is coming under strain, as the US has become much more concerned with deterring China from attempting to reunify Taiwan by force.

Taiwan’s public and political parties appear content to maintain the status quo. But by contrast, China’s increasingly assertive policies towards Taiwan, and more widely in the region, imply that future crises in the Taiwan Straits are likely.

A future crisis could escalate into an attempted invasion of Taiwan if China’s leaders believe that the US is unlikely to become directly militarily involved. This could lead to a wider war involving China, the US and others – a terrible outcome for all parties.

One approach to achieving more robust deterrence would be for the US and its allies to make clearer commitments – and also realistic military preparations – to come to the defence of Taiwan in response to a military attack by China. This could reduce the risk that China believes it can escalate and deescalate crises at will, and so make it more cautious about issuing threats against its neighbours.

Some analysts draw lessons from the cold war experience, arguing that early crises over Berlin, Korea and Cuba ultimately led to relatively stable security arrangements between the [US and the Soviet Union]. Tensions over Taiwan and the South China Sea may accelerate the formation of multilateral arrangements to contain China. For example the Quadrilateral Security Dialogue (the Quad) between Australia, India, Japan and the US could be turned into a coalition with tangible military capabilities.

But this approach also has great risks. A cold war confrontation between US and China could have disastrous implications for other US foreign policy priorities. This becomes all the more complex, given Washington’s need to tackle Russian aggression in Europe while also addressing global problems such as climate change. Moreover, despite their disputes with China, virtually all of China’s neighbours want to avoid such an outcome, and are unlikely to participate.

Instead we can expect continued US strategic ambiguity combined with closer informal relations with Taiwan. The priority for the US, China and other interested states must be to develop a stronger framework for conflict prevention and crisis management. And to find a way to lower the temperature so that informal US visits to Taiwan become more acceptable to China.

This article was first published in The Conversation on 8 August 2022. It can be accessed here: https://theconversation.com/taiwan-the-us-has-been-strengthening-support-for-years-now-it-needs-a-way-to-ease-tensions-with-china-188324

Professor Christoph Bluth is a Professor of International Studies and Security at the University of Bradford. His research interests are international security studies, nuclear weapons policies and the prevention of the spread of weapons of mass destruction, Cold War History.