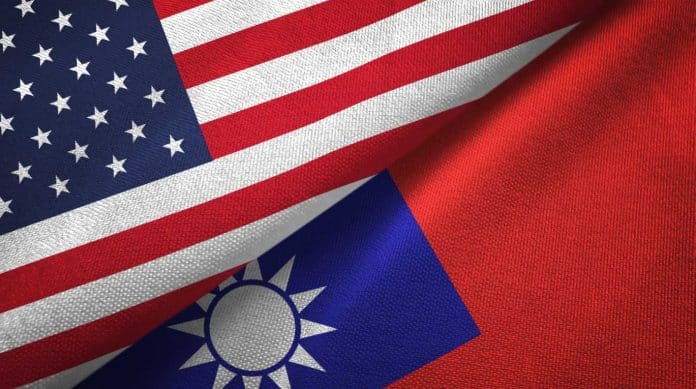 The recent visit to Taiwan by Nancy Pelosi, speaker of the United States House of Representatives, lasted just 24 hours.

But it vividly highlighted both China’s heavy-handed reaction, including continuing military drills around Taiwan days after her departure, and how the Taiwan Strait is a geopolitical fault-line between the China and the rest of the world.

At its narrowest, the Taiwan Strait is a 130-kilometre-wide channel of water separating the People’s Republic of China from the island of Taiwan.

But the divide between Taiwan and China is more than geographic. For more than half a century, the Taiwan Strait has been one of the last vestiges of the Cold War. It’s emblematic of the division between the authoritarianism of China and the thriving democracy of Taiwan.

Nonetheless, Taiwan is also something of an international pariah. That’s because few countries officially maintain diplomatic ties with Taiwan, often out of fear of China’s repercussions. For too long, the so-called “One China” policy, which provides that there is only one China in the world — and that Taiwan is part of that China — has been the foundation of all dealings with Taiwan.

However, while China dictates that all countries adhere to this policy, the United States, the United Kingdom, the European Union and also Canada have merely said they “acknowledge” it.

Much to China’s ire, many countries continue to maintain economic, cultural and even military ties with Taiwan. Pelosi’s visit, in Beijing’s eyes, was “playing with fire.”

China’s immediate reaction to Pelosi’s visit was to conduct military drills and send ballistic missiles over Taiwan. However, visits by foreign lawmakers to Taiwan are nothing new.

The Czech Republic’s Senate speaker led a delegation to Taiwan in August 2020, and China responded that Czech leaders would “pay a heavy price.” The vice president of the European Parliament visited Taiwan in July 2022, and underscored the island’s “role as a global, strategic, responsible and reliable international partner.”

Yet Pelosi is the only person to be personally sanctioned by China, sparking speculation that China’s reaction is misogynistic.

Taiwan’s democratically elected president, Tsai Ing-Wen, is a woman and was on Time magazine’s 2020 list of the most influential people in the world  for standing up to China’s constant and overt aggressions.

#Taiwan President @iingwen and #LGBTQ rights activist Chi Chia-wei made Time Magazine’s 2020 Top 100 Most Influential List. Tsai was recognized for her leadership and role standing up to China, and Chi for his decade-long advocacy for #MarriageEquality. https://t.co/xFgasDWrFN

World response to the crisis

In retaliation for Pelosi’s visit, China also suspended climate talks and military ties with the United States, further escalating tensions and suggesting China is not very serious about climate action.

The European Union’s foreign minister called on China not to “use a visit as pretext for aggressive military activity in the Taiwan Strait.” Japan said China’s military drills will have “a serious impact on the peace and stability of our region and the international community,” while the G7 foreign ministers condemned the “threatening actions … particularly live-fire exercises and economic coercion, which risk unnecessary escalation.”

With the ongoing military drills, China appears to be demonstrating its ability to implement a blockade of Taiwan.

Maps show a sketch of key shipping & flight routes [see how dense are TW Strait ones] impacted by the Sino-Taiwan crisis. The once adhered-to-border yet unofficial median line has clearly been rejected by China. Likely the new normal if the crisis goes on & worst if it escalates. pic.twitter.com/byNTL8TLcb

But the Taiwan Strait is one of the busiest international shipping lanes in the world. In addition, some of the world’s busiest commercial airline routes traverse the airspace surrounding Taiwan.

This is no surprise because Taiwan is a large trading nation, producing more than 50 per cent of the world’s semiconductors, which provide the computing power behind modern devices and fuel the global economy. A Chinese blockade or invasion of Taiwan would have extreme ramifications for the rest of the world.

Earlier in June, China said it has “sovereignty, sovereign rights and jurisdiction over the Taiwan Strait,” a claim that’s been refuted by the U.S. as a violation of international law.

China also claims sovereignty over disputed islands in the South China Sea, a claim that the Permanent Court of Arbitration ruled has no legal basis.

The United Nations Convention on the Law of the Sea clearly provides that the high seas are not subject to claims of sovereignty and all states enjoy the freedoms of navigation and overflight. Canada and other countries regularly send warships through the Taiwan Strait in an effort to refute China’s attempt to take control of this international body of water.

In violation of international law, China’s deliberate testing of ballistic missiles and drills impact not just Taiwan’s territorial sea, but also encroaches on the exclusive economic zone of Japan.

That means China’s overreaction to what it claims is a purely domestic issue is ironically turning the conflict over Taiwan into an international crisis.

The people of Taiwan matter

In the wake of the Russian invasion of Ukraine, the European Union’s High Representative for Foreign Affairs wrote: “The people of Taiwan unfortunately know all too well what it is like to live under the shadow of threats and intimidation.”

Before Taiwan became a democracy, it was an oppressive military dictatorship. Why would 23.5 million people made up of ethnic Taiwanese, Chinese and 15 Pacific Island Indigenous tribes who live in what Pelosi called “one of the freest societies in the world” want to be, as China has for decades stated, “liberated?”

Despite binding obligations under the Sino-British Joint Declaration, the erosion of civil liberties and judicial independence in Hong Kong illustrate that Beijing does not live up to its international commitments.

Furthermore, China has incarcerated more than a million Uyghurs and other ethnic minorities in so-called “re-education camps” and subjected them to what amounts to crimes against humanity.

The Chinese ambassador to France recently said openly that the people of Taiwan too will be “re-educated.” It’s hard to imagine why anyone would wish to live under a regime where there is no political or media freedom and where citizens and foreign nationals are subject to arbitrary detention.

Self-determination is the inalienable right of all peoples to live free from fear and oppression. As China and the United States lock horns in the Indo-Pacific, it’s vital that the world stand behind the people of Taiwan. The international community must call out acts of aggression that undermine regional and global peace and security.

This article was first published in The Conversation on 8 August 2022. It can be accessed here: https://theconversation.com/nancy-pelosis-visit-to-taiwan-causes-an-ongoing-chinese-tantrum-in-the-taiwan-strait-188205

Kuan-Wei Chen is currently the Executive Director of the McGill Centre for Research in Air and Space Law, and the Managing Editor of the McGill Manual on International Law Applicable to Military Uses of Outer Space.