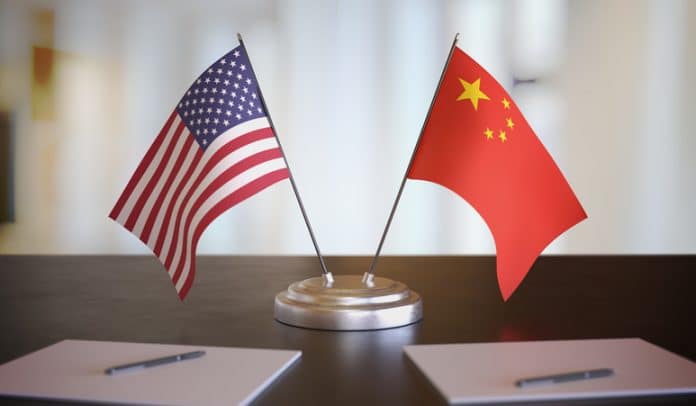 Human civilization is approaching the close of the first quarter of the 21st
century with eyes toward 2050. What kind of competition do China and the United States need to truly fathom if they are to advance global civilization in their great power competition?

In my opinion, China and the United States should first compete to solve the dilemma of global development. The United States was once regarded as a “lighthouse state”, making significant contributions to economic recovery, financial stability, social development and scientific and technological innovation of various countries after World War II. But just as President Franklin Delano Roosevelt worried, the United States in the 21st century has failed to promote national health, the creation of new enterprises, and the continuous improvement of employment opportunities in the world. In the eyes of many Chinese people, the fall of the American myth began with the financial crisis in 2008. The four years of Trump’s presidency, especially the failure of COVID-19 prevention and control, have dealt a full blow to the long-established “national identity” of the United States. According to the September 2020 Pew Research Center global survey, the US national image and then-President Donald Trump’s image fell from poor to abysmal. This was directly due to the US government’s poor response to the pandemic. Only 16% believed Trump would, “do the right thing in world affairs.”

By contrast, the successful hosting of the 2008 Beijing Olympic Games accelerated the rise of China’s national reputation. Since then, high-speed rail construction, e-commerce, e-payments, poverty eradication, corruption and pollution prevention and control have greatly boosted the attractiveness of China’s development model to developing countries. This has made China’s path an alternative solution to the global development dilemma. Just as in the third wave of democratization in the 1970s, dozens of countries took the United States as an example to promote their political transformation. In the 2020s, Africa and Asia also witnessed the germination of learning from China’s hard-won experience. In the eyes of many countries, the democratic transformation of the past half-century has completely changed the fate of a small number of countries. Yet the majority of poor countries are still poor. However, China’s counter-attack road from poverty to wealth makes China appear competitive enough to the U.S. model.

In 2021, the US-led the G7 in launching the B3W (Build Back Better World) strategy to support infrastructure construction in developing countries. This exposed the US’s first recognition of the effectiveness of China’s Belt and Road Initiative. It reflected the rational response the US was forced to make to the competitiveness of China’s model. The essence of the competition between China and the United States to solve the global development dilemma lies in this question: which country can offer more effective solutions to world development? More importantly, which country can best manage the convenience of life, the well-being of its people, social stability, and economic recovery?

Second, China and the United States should compete to deal with global climate change. Climate change has reached a critical moment. More and more climate scientists believe that if the earth’s climate continues to rise without taking substantive and effective measures, the 21st century could be the last complete century of human civilization. Many do not rule this out. The climate crisis will also be accompanied by other sharp crises: energy, financial, and social. These will be of much greater magnitude than the suffering caused by the COVID-19 pandemic.

By the end of 2020, some 130 countries had pledged to be carbon neutral over the next 20-40 years. This included the US by 2050 and China by 2060. Yet the world has obviously underestimated the smoothness of the cooperation between the two countries in addressing climate change, now referred to by many as “climate crisis”. China and the United States account for about 45% of global carbon dioxide emissions and can provide more than 60% of the world’s financial resources. If the two countries continue to maintain tensions over geopolitics, economics and trade, regional security, and other fields, their joint efforts to deal with climate change will be severely damaged. This will test Biden’s China policy. Already, the Biden administration has tried to categorize cooperation, competition, and confrontation, (as well as the overall sense of cooperation between the two countries) for the future of humanity.

China and the United States should lead the world to compete in the field of climate change.

On this matter, I spoke with China’s climate envoy Xie Zhenhua. China very much welcomes the Biden administration to lead the United States back to the framework of Climate Governance. However, it is also concerned about the back-and-forth of U.S. climate policy in the post-Biden era. China and the United States should lead the world to compete in the field of climate change. This should include (but not be limited to) providing climate remote sensing satellites for Africa, building low-carbon demonstration zones for Southeast Asia, and installing energy-saving lamps for small island countries in the South Pacific. The two need to provide credit and funds for more green infrastructure, energy, transportation and technology for the world. The world expects the China-US competition to make global cooperation on climate change more practical and lasting.

Moreover, China and the United States should compete to promote global technological innovation. Developing intelligent technology is like opening “Pandora’s box”. Will human beings become stronger or weaker in the face of artificial intelligence technology? Towards new prosperity, or extinction? These will be the ultimate tests of humanity’s thinking.

On November 17, 1944, President Roosevelt asked Dr. Vannevar Bush about the future role of science in peacetime. Here’s a moving line from that conversation: “Before us are new frontiers of thought, and if we use them with the same vision and courage and drive that we used to fight this war, we can create jobs and lives that are fuller and richer.” Eight months later, Dr. Bush responded to the president’s inquiry with a report titled, “Science: The Endless Frontier.” The report became the great document that drove the development of science and technology in the United States after World War II. Seventy-five years later, when the report was published in Chinese, hundreds of Chinese scientists and IT entrepreneurs praised it and debated what China could learn from it. The race for the “endless frontier” is already underway in China and the US.

However, for Chinese social science scholars like me, the scope of the “competition for endless frontiers” between China and the United States is probably broader and more complex than it was in the days of Dr. Bush. The United States is not necessarily losing this competition. Nor is China destined to win it. More precisely, as long as one country loses, the other cannot win. Just as with COVID-19, as long as the virus is not under control, it is impossible to say who is winning the war against the pandemic. This is myopic thinking, and we truly both need to put our heads together to correct facts, and forge win-win initiatives.

We can deduce this much: 2021 is a landmark year in the history of China-US relations. The United States has ended its vacillation on China’s strategic positioning since the 21st century commenced. It formally regards China as a “primary competitor” in the hope to maintain American hegemony. The word “competition” is not rejected by Chinese policymakers. However, they do not understand it in the same way as American policymakers. In 2018, Chinese Foreign Minister Wang Yi said, “if there is competition between China and the United States, it should also be a healthy and positive one.” In January 2021, Chinese President Xi Jinping hinted at the prospect of competition between China and the United States in a video speech at Davos. President Xi said, “We should promote competitions based on fairness and justice, and carry out competitions that seek to catch up with each other and improve together, rather than engage in a fight that attacks each other.”

If the two countries have to compete, I hope it’s not a boxing match. I hope it’s more like golf. Whoever wins will need to support the global civilization and development of the world. From this point of view, the real test of the two countries’ competitive civilization has just begun. At this new starting point, talking about the end of China’s rise is incredibly shortsighted—if not altogether blind.

Wang Wen is Executive Dean and Professor of Chongyang Institute for Financial Studies, Renmin University of China, and a senior fellow in the Counselor’s Office of the State Council of China.