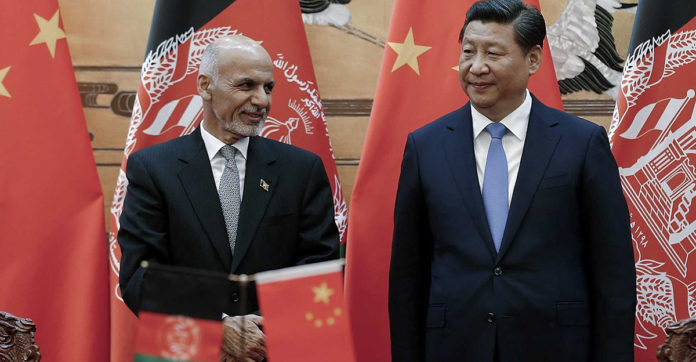 China’s increasing engagement in Afghanistan reflects its interests in a stable immediate and wider neighbourhood, in particular since Beijing announced to revive the old Silk Routes. While tackling security remains a long-term goal there is scope for the Chinese government in the short and medium term to increase capacity and improve the situation in Afghanistan.

China’s role in Afghanistan is gradually evolving towards more engagement in various areas, which reflects the Chinese government’s concerns about deterioration of security and the impact this could have on the region as a whole. In particular since China announced to revive the old Silk Routes, its “One Belt One Road” (OBOR) initiative, it has even more an interest in a fairly stable immediate and wider neighbourhood. The Silk Road initiative has already given a new impetus to China’s infrastructure development in Pakistan, which had been promised Chinese investment of $45 billion in to construct a China-Pakistan Economic Corridor.1 This project, linking the deepwater port of Gwadar with the Chinese Western province Xinjiang, also includes co-operation to strengthen security – the greatest obstacle in Pakistan.

The Silk Road initiative has already given a new impetus to China’s infrastructure development in Pakistan, which had been promised Chinese investment of $45 billion in to construct a China-Pakistan Economic Corridor.

There is some hope in Afghanistan to benefit too from China’s investment and its aim to transform the region into a major trading hub. OBOR is almost cut out for Afghanistan’s need of infrastructure on the one hand and potential vast natural resources on the other hand. The country, at the crossroads of Central and South Asia, between India in the South and Russia in the North, would have he potential to become a part of China’s trade and investment network. Beijing already sent a signal towards more cooperation: During Abdullah’s visit to China both countries signed a memorandum of understanding on the OBOR initiative. Since this summer, China started operating the first cargo trains to Afghanistan (Hairatan and Mazar-e-Sharif) in frame of its OBOR network.2

However, the precarious and uncertain security situation is one of the main obstacles for China to implement major projects on the ground. China has failed once before in its attempt to invest into a large-scale project in Afghanistan: A planned $3 billion lease of the Aynak copper mine in 2008, by a consortium of Chinese state-owned companies, never launched mainly due to security issues. Ever since, China has remained reluctant to make large investments in Afghanistan.

Afghanistan is increasingly presenting a security concern to China, in particular since the large numbers of NATO forces had left the country by the end of 2014. Although this year the Taliban did not control as many districts as in 2015, they continued to carry out large-scale attacks throughout the country: In June, security guards at the Canadian embassy in Kabul were attacked; in July, Taliban militants drove a truckload of explosives into a foreign military facility; in August, militants stormed the campus of the American University of Afghanistan in Kabul; in September, the Taliban launched two major attacks in the capital within a couple of hours; in November, the Taliban stormed the German consulate in Mazar-e-Sharif.

Angela Stanzel joined the European Council on Foreign Relations (ECFR) as a Policy Fellow for the Asia and China Programme in 2014. Before joining ECFR, Angela worked for the Körber Foundation in Berlin, for the German Marshall Fund of the United States in Brussels (Asia Programme) and the German Embassy in Beijing (cultural section). Alongside China’s history, politics and economics, her research work focuses on East and South Asia’s foreign and security policy.