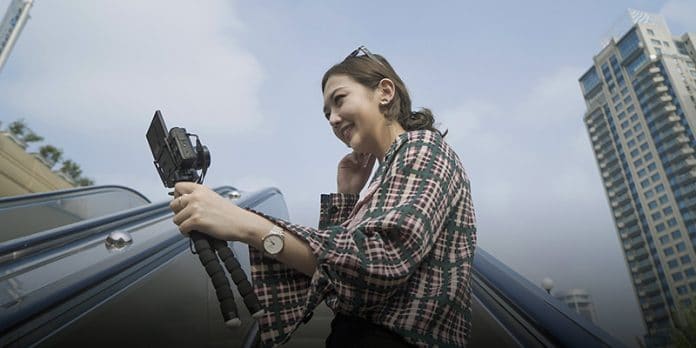 Are you one of those people who dream about being a vlogger? There are a lot of people all around the globe who go through trial and error just to become a successful vlogger. Social media has been a place where people could express themselves freely and actually earn money through posting contents online.

Vloggers nowadays post content about their daily life, or sometimes make video content about travelling, fashion, food, music, and others. Making videos is not easy for a lot of vloggers who have a higher goal in terms of the number of views and  subscribers to be able to earn from creating.

Otherwise, there are also alot of vloggers who are very famous in China and also serve as an inspiration to other vloggers all around the world. Here are some of the chinese vloggers that you should stay tuned into:

Yu Jing is a vlogger who shares contents about games, reviews of gadgets, his daily life, his travels, and more. He started his own channel in February 2012, and his first video was about his travel in a zoo where he fed different kinds of animals. He posted it with the caption of “Touch the porpoise! It’s the perfect day for the beeping”. He has a total of 54 videos uploaded in his YouTube account where he also reached 238,556 views and 12.3k subscribers.

His most recent video was posted on August 4, 2021. “Sayram Lake Travel vlog. Xinjiang China ” is the topic in which he showed himself traveling across Xinjiang China with his girlfriend who is a model and his stuffed toy elephant. The vlog was largely about the stunning scenery and food of Xinjiang China, as well as the animals he fed in his vlog.

Yu Jing’s vlogs will make you feel at ease and as if you are traveling across China with him, doing what he is doing in his vlog, and feeding the animals and interacting with the people he encounters. His vlog also includes authentic mountain landscapes and a calm atmosphere in China.

Cbvivi is a YouTuber based in Shanghai who also documents his daily life, travels, cooks, and plays games. In his videos, you’ll notice a lot of dark comedy as he plays his games and add some entertainment in it. Cbvivi started his YouTube channel on November 2014 and had reached 8.82k subscribers today. In his first video, it was him live streaming while he was playing the game entitled “Captain Toad”. In the video, he teaches the techniques and his way of playing Captain Toad.

Cbivivi’s latest video, “Late bat horror night. What happened” was released on November 3, 2021, just in time for Halloween. He tours his audiences in his apartment together with his cats while narrating what it feels like living alone, though he is with his videographer helping him to film. Cbvivi also showed his audience his collection of toys, as well as his gadgets. In the video, he was seen assembling his newly bought chair and getting ready for halloween.

His videos can be quite bizarre, but they are also extremely entertaining. He demonstrates his sincerity in his videos, in which he candidly discloses what is going on in his life. Cbvivi likes playing as well as evaluating and creating contents about the items he has purchased. Keeping this kind of content has helped him reach 602,410 views and counting.

Vickysoupsss’ vlogs are mostly about daily life and routines, as well as providing her audience with beauty and fashion advice. Her approach in her vlogs can be likened to that of vloggers in the U.S. like Michelle Phan Her first YouTube video was where she speaks in English and provides her audiences a summer makeup tutorial

The Chinese content creator started vlogging during May 31, 2016 and now has 317k subscribers due to her eye-catching videos and thumbnails. One of her current videos that reached 98k views uploaded in October 2021 is very entertaining because of how she shows her real self with her family and loved ones. She shares her day in the life on the vlog among other things.

Her vlogs are mostly about room tours, fashion, makeup, travel and so much more. That’s why there is no doubt that she will continue to gain followers and views because of her dedication to vlogging and creativity showing her life through her vlogs.

Being a vlogger is not easy. Those who vlog think about their content every day and it requires them to be entertaining as well as educate their audiences in order to keep their viewers engaged.