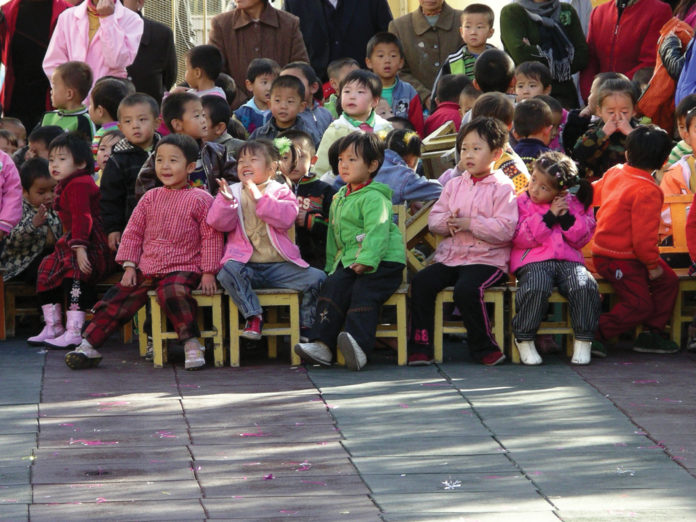 In November 2015, China announced it would abandon its one-child policy and switch to a national two-child policy. It is now introducing new policies to support parents who have a second child. In a break from the “old” way of talking about family planning, this “new” language is much more about “supporting” than “encouraging”.

A rather remarkable turnaround has occurred in China. For a country famous for having the most comprehensive sets of policies designed to limit births, it is now introducing new policies to support parents who have a second child.

In November 2015, China announced it would abandon its one-child policy and switch to a national two-child policy. The change came into force on January 1, 2016, with the immediate rationale being to tackle China’s rapidly ageing (and projected declining) population.

Some predicted a huge baby boom. Others – including me – suggested that the reforms were “too little, too late”, and that “simply allowing people to have more children does not mean they will.”

In early March, incentives for parents to have more children were explicitly mentioned in a speech by Premier Li Keqiang. Li noted:

“We will improve the supporting policies to complement the decision to allow all couples to have two kids… We will encourage the development of kindergartens open to all children.”

The theme was seen across the March meeting of the National People’s Congress (NPC). Xu Ma, an NPC deputy and director of the National Research Institute of Family Planning, stated that:

“A lack of childcare and fewer job opportunities are major obstacles to Chinese women having a second baby… To help working mothers, community nurseries should be opened to care for children younger than three-years-old.”

“The government should offer mothers of two children a living allowance for three years, and the sum should be 70-80% of the average per capita income in their specific part of the country.”

The change came into force on January 1, 2016, with the immediate rationale being to tackle China’s rapidly ageing (and projected declining) population.

More concretely, the Chinese minister of finance, Lou Jiwei, was quoted in state media to have submitted a set of proposals to reform individual income tax to support couples to have a second child.

While mortgage relief for couples who have two children appears not to have made it into the latest round of tax reforms, there is evidence that education costs may be added to the list of costs deductible for tax relief.

Stuart Gietel-Basten is an Associate Professor of Social Policy at the University of Oxford. He is currently chair of the Asian Population Association Scientific Committee, convenor for fertility of the European Population Conference, strand organiser for fertility and reproductive health for the British Society for Population Studies and editor of the series Studies in European Population published by Springer under the auspices of the European Association for Population Studies. Along with Professor Francesco Billari, he co-founded and is the editor of openpop.org, one of the world’s leading collaborative blogs on population issues.