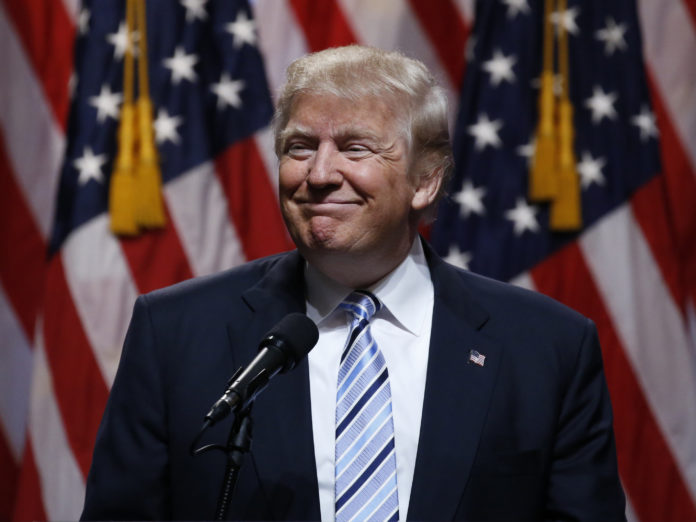 The elections may have been rigged, probably by both sides, as the elusive elite, or what’s also called the “Deep State”, may be divided. It looks like the better “rigger” emerged as the winner. The final popular vote count indicates a slight advantage of Hillary over Trump. Never mind, the system was purposefully designed un-democratically in the 18th Century by the Founding Fathers, who never really had the intention to create a truly democratic United States of America of equal rights for all. The current electoral system favours vote manipulation especially in Swing States, where popular votes can relatively easily be suppressed or switched by an electronic “glitch”.

Such voter frauds, we now know, have happened in 2000, when George Bush “won” in Florida over Al Gore – eventually through a Supreme Court decision – and the same in 2004 (Ohio), when again George Bush won over John Kerry, through electronic fraud and predominantly black voter suppression. After 8 years of Bush – enough was enough.

The deep state needed a new candidate – one that will have the trust of the American people, one who was smart and coloured and had charisma – but no backbone. Never mind the latter point.

People didn’t know until it was too late. Obama’s mandate was enhanced by the award of the Nobel Peace Prize, before he even knew how many additional wars were already planned for him to carry out, aside from Afghanistan and Iraq. Today he literally boasts to be involved in seven wars around the globe and sold more weapons than any previous president to so-called allies and proxy fighters like Saudi Arabia and the Gulf States. More wars and conflicts are in the cooker, for sure. But will Trump abide by those plans?

The mainstream media are doing a terrific job in manipulating peoples’ minds with lies after lies after lies. The wars Washington is involved in are all “good” for “national security”; they are diverting a threat to the US of A and defending American interests, whatever these are. Nobody asks. But if Washington, the NYT and the WashPost says so, it must be true.

The 2016 elections were rigged in favour of Donald Trump, as illustrated by Greg Palast,1 investigative reporter for Rolling Stone and BBC.

On the other hand, election fraud took place by the Clinton clique against Sanders in the Democratic Primaries, to the point where the DNC chair, Debbie Wasserman Schultz, had to resign. Without that vote-swindle, Mr. Sanders would have been the Democratic candidate confronting Donald Trump. Among many assertions that the elections were rigged in favor of Hillary is a Stanford University study.2

But never mind election fraud, it has become a common game in our shamelessly corrupt western “system”, and it will stay that way, until “somebody” will change it.

Since the system works in favour of the establishment, and more importantly in favour of the Deep State – there is little chance something significant will change, to make the USA a true democracy in the foreseeable future.

It is not only election fraud that has made Trump the winner. It is the people, who again are sick and tired of being lied to, of broken promises, of declining purchasing power of their paychecks, of unemployment which in reality is hovering around 22% – 25%, when official government’s statistics talk about 5%, of outsourcing American jobs, of spending their tax money on foreign wars instead of fixing the decaying US infrastructure, of bailing out big banks that have speculated themselves into bankruptcy thanks to Bill Clinton’s (Hillary’s husband) banking deregulation of the 1990s, of a fake health insurance, named Obama-Care after its creator that is unaffordable for about 40 million people and serves only the pharma and medical industry, and of ever-mounting unpaid student debt.

Peter Koenig is an economist and geopolitical analyst. He is also a former World Bank staff and worked extensively around the world in the fields of environment and water resources. He writes regularly for Global Research, ICH, RT, Sputnik, PressTV, The 4th Media, TeleSUR, TruePublica, The Vineyard of The Saker Blog, and other internet sites. He is the author of Implosion – An Economic Thriller about War, Environmental Destruction and Corporate Greed – fiction based on facts and on 30 years of World Bank experience around the globe. He is also a co-author of The World Order and Revolution! – Essays from the Resistance.