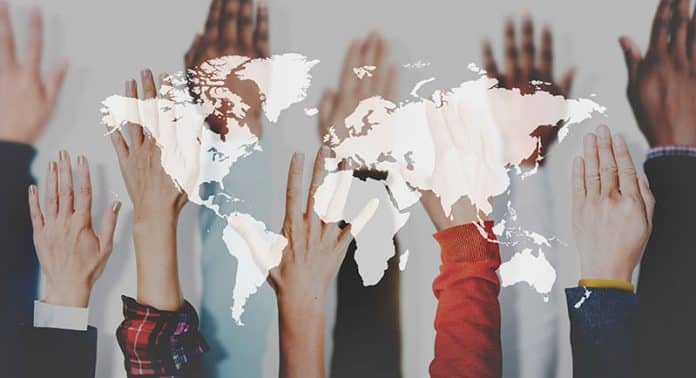 The United Nations and many researchers have emphasized the critical role international collaborative science plays in solving global challenges like climate change, biodiversity loss and pandemics. The rise of non-Western countries as science powers is helping to drive this type of global cooperative research. For example, Brazil, Russia, India, China and South Africa formed a tuberculosis research network in 2017 and are making significant advancements on basic and applied research into the disease.

However, in the past few years, growing tensions among superpowers, increasing nationalism, the COVID-19 pandemic and the war in Ukraine have contributed to nations’ behaving in more distrustful and insular ways overall. One result is that it is becoming increasingly difficult for researchers to collaborate with scholars in other nations.

The near-global cessation of collaboration with Russian scholars following the invasion of Ukraine – in everything from humanities research to climate science in the Arctic – is one example of science being a victim of – and used as a tool for – international politics. Scientific collaboration between China and the U.S. is also breaking down in fields like microelectronics and quantum computing because of national security concerns on both sides.

I am a policy expert who studies international research collaboration as it relates to global problems and geopolitical polarization. I understand the need for democratic countries to respond to the the growing strength of authoritarian countries such as China and acute crises like the Russian invasion of Ukraine. But reducing or stopping international research comes with its own risks. It slows down the production of knowledge needed to address long-term global problems and reduces the potential for future scientific collaboration.

Since the 1990s and the collapse of the Soviet Union, global collaboration in science has increased dramatically. There are several reasons for this development.

First, the collapse of the Soviet Union in 1991 led to an increased openness in global scientific exchange. In particular, there was growth in the number of students from developing and non-Western countries going to universities in the West. This movement formed networks of researchers from many countries. Second, massively collaborative scientific efforts – such as the Human Genome Project – as well as the ever-growing importance of expensive, large research laboratories and instruments have fueled international collaboration. Finally, the digital revolution has made it much easier to communicate and share data across borders. This all resulted in collaborative and fruitful research in many fields including gene technology, climate science and artificial intelligence.

In the latter half of the 20th century, China, India, Russia, Turkey, Iran, Egypt, Saudi Arabia and many other nations all significantly improved their scientific capabilities. In doing so they have greatly contributed to human knowledge. China in particular has invested heavily in its scientific capabilities and today is the world’s largest producer of scientific publications.

The development of scientific capacity in many parts of the world and the building of academic ties is critical when it comes to responding to a new virus or tracking changes in climate. The more countries that share data and coordinate policy responses, the easier it should be to contain a virus or understand global warming.

Western concern of a rising China

Generally speaking, there are three global superpowers competing for scientific and technological leadership today: the U.S., China and the European Union.

The U.S. government and the European Union frame the loss of scientific and technological leadership as not only about diminished economic opportunities, but also as a threat to fundamental values of democracy, free market competition and rule of law.

In May 2022, U.S. Secretary of State Antony Blinken said: “China is the only country with both the intent to reshape the international order and, increasingly, the economic, diplomatic, military, and technological power to do it. Beijing’s vision would move us away from the universal values that have sustained so much of the world’s progress over the past 75 years.”

China’s rise in science and technology has been met with stern responses from the West. Australia passed legislation in 2020 that gave the federal government veto power over foreign agreements in research. In the U.S., the Export Control Reform Act of 2018 was designed to reduce dependence on China for emerging and foundational technologies.

Science as a tool of politics

Given this framing of research as a part of international competition between China and the West, it is not surprising that science is increasingly being used as a political tool.

The U.S. government has taken significant steps to try to limit China’s scientific progress and international influence. In 2018, the U.S. launched a large-scale anti-espionage effort called the China Initiative. Under this initiative, the FBI broadly investigated U.S.-Chinese links within the corporate and academic sectors. The China Initiative failed to find any Chinese spies. But three U.S.-based scholars were convicted for failing to disclose Chinese ties.

The China Initiative has faced heavy criticism from researchers, university leaders and civil rights organizations because of claims of ethnic profiling. The Biden administration officially canceled the initiative in February 2022. But efforts to curtail China’s science and technology industries through trade sanctions on companies like Huawei restrict American companies from doing business with Chinese tech firms. The China Initiative and sanctions have also made researchers on both sides wary of collaboration.

The European Union has taken a similar stance. It calls China simultaneously a partner, competitor and systemic rival. The EU has outlined goals of increasing European scientific and technological autonomy to reduce reliance on other countries, especially China, and started to implement the strategy in 2021.

China is also using science, technology and scholarly research generally to serve national interests. The government has explicitly pushed the idea that research shall primarily serve national needs, and Chinese scholars are increasingly under political control. In 2021 there were 18 research centers devoted to studying and promoting Xi Jinping’s ideas on matters such as rule of law, economics and green development.

Many researchers in the U.S., Europe and China have voiced concerns that geopolitical rivalries are curtailing international research collaboration at a time when the world needs it the most.

There is a major risk that the impediments to international scientific collaboration will further increase, further harming data sharing, the quality of research and the ability to disseminate results that contributing to solving problems. I often hear researchers, university leaders and funding agencies in Europe, the U.S. and China vent their frustration with the current situation. Many in the research community would like to see a more open and global science landscape.

It is possible to work toward a future where science is more separate – but not naively isolated – from changing power dynamics. As issues like climate change increase in severity, it will become only more important that researchers build international relationships that are responsible, reciprocal, transparent and equitable.

This article was originally published in The Conversation on 13, July 2022. It can be accessed here:https://theconversation.com/its-getting-harder-for-scientists-to-collaborate-across-borders-thats-bad-when-the-world-faces-global-problems-like-pandemics-and-climate-change-184800

Tommy Shih is an Associate Professor in Business Administration at Lund University, in Sweden, and a China policy advisor and program manager at the Swedish Foundation for Cooperation in Research and Higher Education. His expertise and research cover research policy and innovation management in the Chinese context.