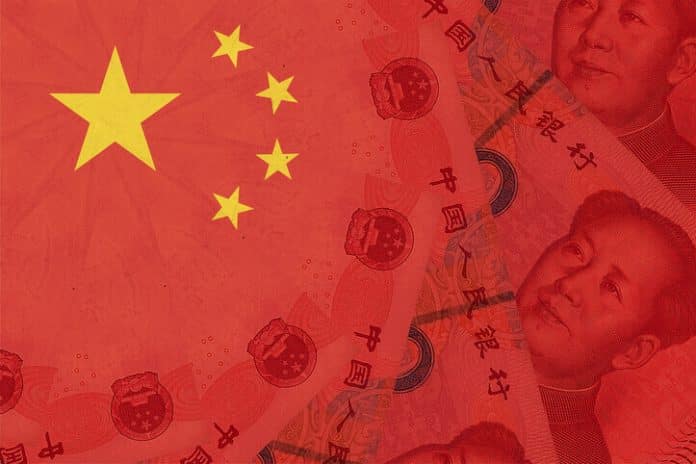 China’s National Bureau of Statistics (NBS) has recently announced the changes in inflation in June. The CPI index continued to rise moderately in the month, being an increase of 2.5% year-on-year, 0.4 percentage points higher than in May. Meanwhile, the PPI index rose 6.1% year-on-year in June, 0.3 percentage points lower than that in May. If the figures are counted together with the changes in the official PMI index in June, researchers at ANBOUND believe that this would reflect China’s economy in June is gradually freeing itself from the impact of the COVID-19 pandemic, and the overall situation is in a slow recovery. However, judging from the structure of domestic inflation, the country’s economy still has many hidden worries when demand is gradually recovering. All these indicate the complexity of China’s current situation.

In terms of changes in consumer prices, the core CPI, excluding the impact of food and energy prices, rose year-on-year in June. According to estimates, the core CPI in June rose by 1.0% year-on-year, an increase of 0.1 percentage points from the previous month. This reflects that real demand is continuing to improve as the COVID-19 outbreak is brought under control. However, in the structural changes of consumer prices, the influence of cyclical changes in pigs and fluctuations in international energy prices are gradually being felt. The price of pork has affected the CPI by dragging down the 0.34 percentage point in May to 0.08 in June.

This round of pig cycle changes means that its impact on food and overall prices is likely to become certain, which may make the overall CPI continue to rise, driven by rising food prices. On the other hand, the rise in non-food prices in June was still the main reason for the year-on-year increase in the CPI. Senior NBS statistician Dong Lijuan said that non-food prices rose by 2.5%, an increase of 0.4 percentage points from the previous month, affecting the CPI rise of about 2.01 percentage points. Among non-food items, gasoline and diesel prices rose by 33.4% and 36.3% respectively, and air ticket prices rose by 28.1%. Transportation and communication had the largest year-on-year driving effect on CPI. The recovery of the service industry, the recovery of related fields, and the rise in energy prices will further influence the overall domestic demand and supply. In the short term, in the third and fourth quarters, China’s CPI may continue to rise, but there are both positive factors for demand recovery, as well as supply distortions including changes in the pig cycle and changes in international energy prices. All these will further complicate the situation of inflation in the country.

The current moderate upward trend in China’s inflation is basically in line with the previous expectations of ANBOUND. This suggests that insufficient domestic effective demand is still the main factor restraining inflation in the country. While the moderate rise in final consumer prices has a positive effect on the gradual recovery of demand, in terms of the problems exhibited by the inflation structure, the internal problems and external influences on the economy are still very prominent. Therefore, in the short term, the improvement of the industrial chain, the stabilization of the supply system, and restrained monetary policy will play an important role in alleviating inflation in China. That being said, in the medium and long term, under the intensification of the international energy crisis and the surge in global inflationary pressure, the Chinese market still needs to be alert to the risk of high inflation caused by the imbalance between supply and demand.

The complex situation reflected by changes in inflation has brought more and more challenges and impacts to the implementation of China’s macroeconomic policies. Under such a circumstance, the Chinese authority’s implementation of macro policies should prioritize stability. Its monetary policy will need to promote the further recovery of effective demand, though the method and scale of policy implementation will have to be controlled. This means that there should not be massive quantitative easing to promote the resurgence of inflation, nor should tightening be imposed to suppress inflation.

Since the recovery of economic demand is continuous and slow, if there is a policy shift, this will have a deflationary effect, causing the economy to decline again. As pointed out by ANBOUND, China’s macro policies will need to focus on improving supply, thereby ensuring the stability of the food, energy, and supply chains. This requires coordination and cooperation in fiscal policy, industrial policy, and market supervision, so as to avoid the resonance effect caused by both external shocks and the recovery of domestic demand that could impact the balance of the country’s supply and demand.

The inflation situation in China for June has seen some changes. This not only reflects positive factors for the recovery of domestic demand, but also aggravates the potential risks of supply and demand imbalances. Inflation levels may continue to rise in the future, and at the same time, under the complex situations both within China itself and around the globe, there will still be unbalanced pressures. This carries the significance that, in terms of macro policy, not only a loose monetary environment is needed to promote demand recovery, but also policy coordination will be indispensable to ensure a balance between supply and demand. This is to avoid the resonance between demand recovery and external shocks that may drive inflation out of control.

Wei Hongxu – A researcher at ANBOUND, graduated from the School of Mathematics at Peking University and has a PhD in economics from the University of Birmingham, UK.

How will China Handle the Dual Threats of COVID and Political...